All future Final Kick events are canceled and no refunds will be issued to participants. 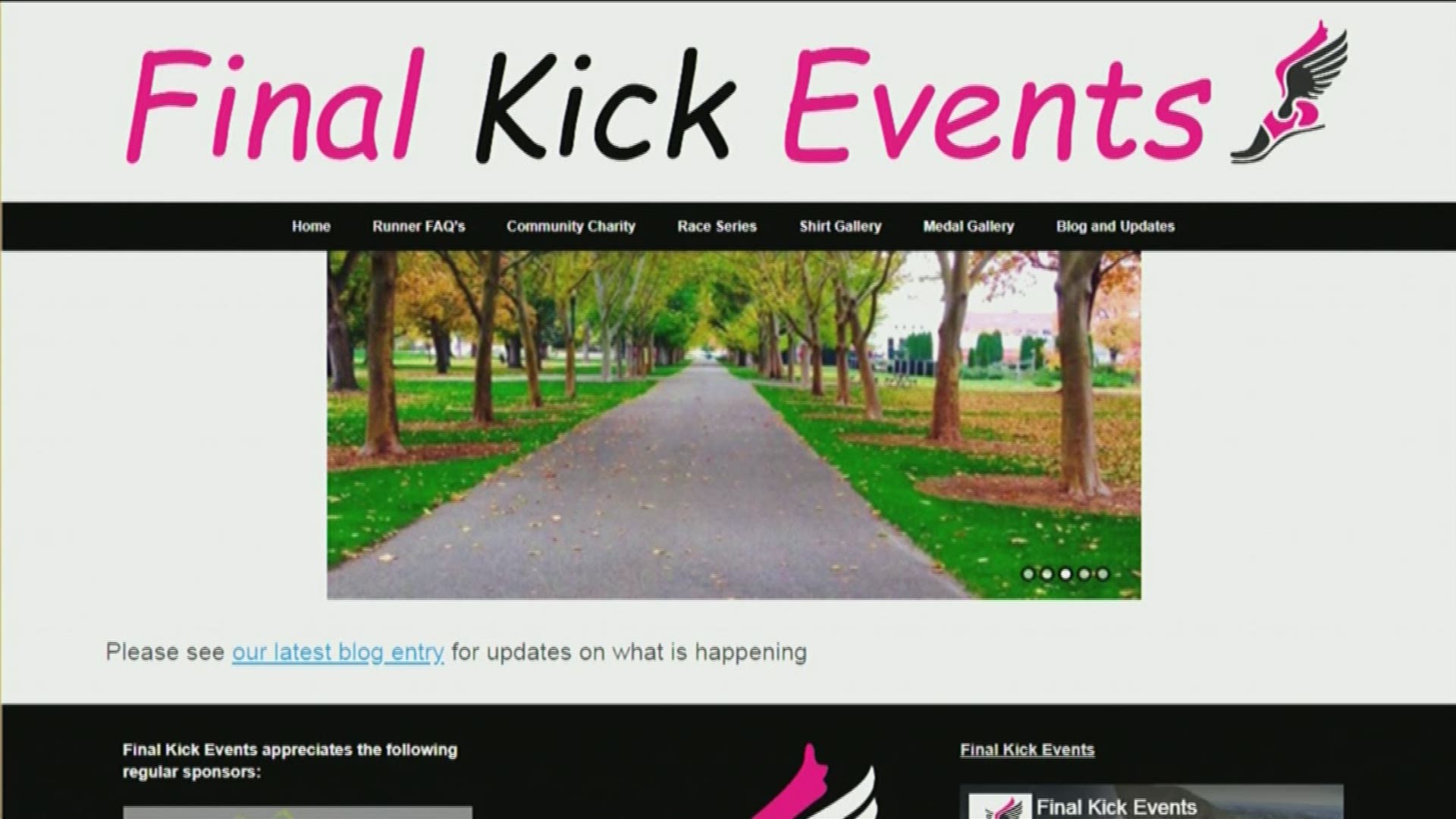 BOISE — Members of the running community are upset after a local race company abruptly closed up shop and canceled all future events without offering refunds to participants.

Final Kick hosted a variety of different length races, but according to the director, the company has gone bankrupt.

Final Kick’s director Wayne Ebenroth took to Facebook Monday night to inform runners that all future races, including the Wine Run, Brats and Brews and the Run for Love, are canceled and no refunds will be issued.

Specifically, Ebenroth says there’s only around $70 in the company bank account while being in debt up to $60,000.

Darlee Overset was registered for four future events costing her upwards of $150.

She says she most recently registered for an event at the end of July and Ebenroth indicates in his post that he had been struggling for months, leading her to believe Ebenroth intentionally swindled people out of money.

“It was disturbing, it seemed very dismissive like I have personal problems, it doesn’t matter that I just took your money and I’m not going to provide you with a race,” says Overzet.

Overzet says at past Final Kick events there have been several hundred participants.

KTVB attempted to reach out to him as well but did not hear back.