Parts of Washington County under water after countywide flooding

"There was a really loud roar and then our house started shaking." One homeowner describes the effects of flooding in the county. 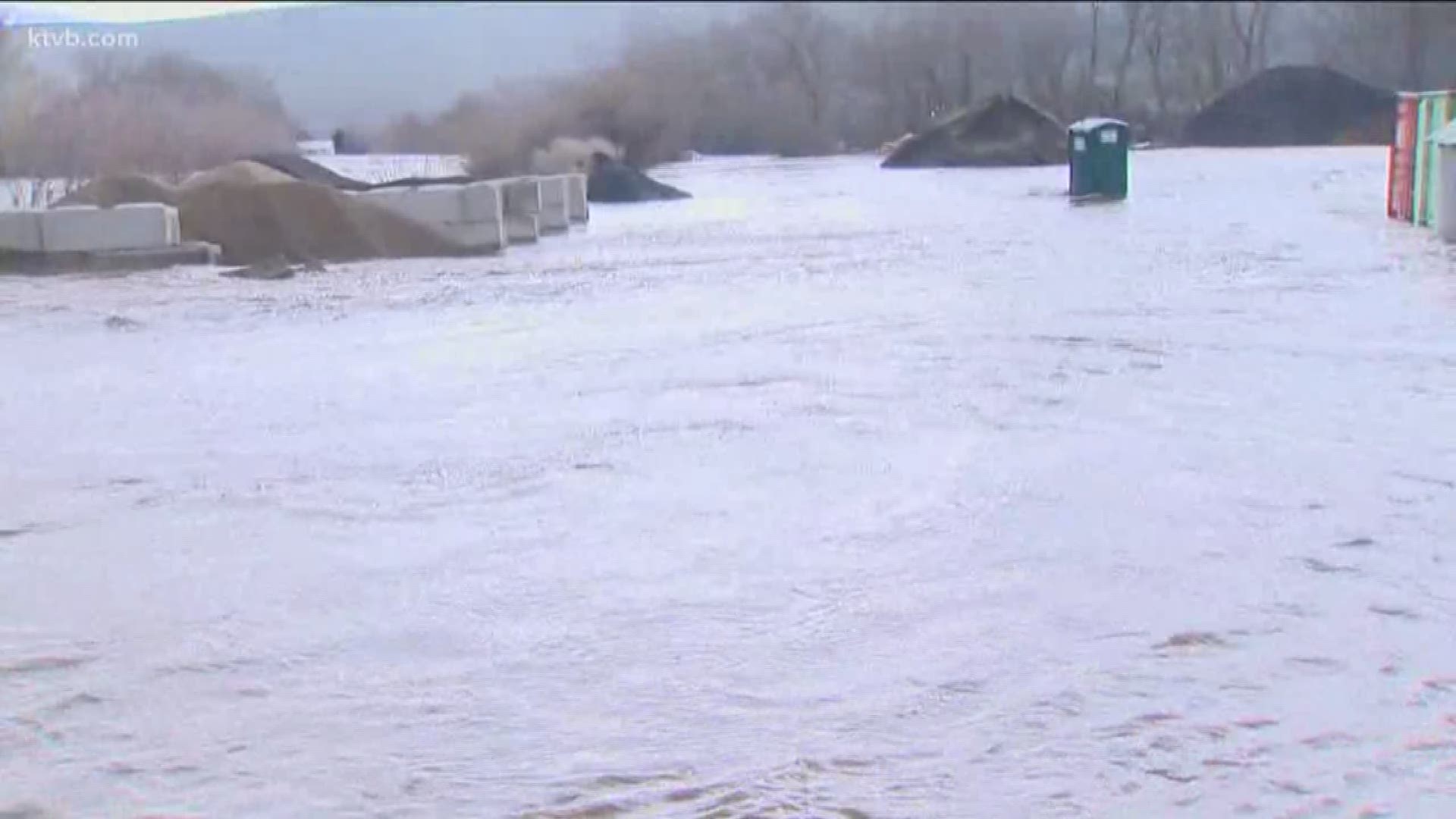 WASHINGTON COUNTY, Idaho — Washington County, Idaho is dealing with flooding across several areas after snowmelt and spring runoff led to rising river levels that washed out river banks and some roads.

Two of the areas in the county that are seeing the most flooding are Weiser and Cambridge. The Idaho Transportation Department says flooding can be seen along much of Highway 95.

"It's really three river drainage areas that we're seeing erosion, landslides, flooding, and pooling alongside the highway, and that's going to be the Payette River Basin, the Weiser River Basin, and the Salmon River Basin," Jake Melder, a spokesperson for ITD, said. "So the roads that are primarily along those areas are going to be U.S. Highway 95, Idaho Highway 55 and Idaho Highway 52."

Along Highway 95 sits Cambridge, where the river's overflow is even affecting some residents' homes.

Shyann Fisher and her family have several feet of water covering the road and driveway leading to their home, cutting off access for them to get to their house.

"This morning we woke up and around 3 a.m., there was a really loud roar and then our house started shaking and we woke up and there's just been water pouring in ever since," Fisher said. "My driveway is right where that railroad tie is tipped over. The water tipped our railroad tie over. And you go through that fence and all down here is where our driveway is at."

Fisher said they had to call people for help to get out of their home but were able to do so safely before the water fully built up.

“In just in a couple hours it really filled up,” she said. "So far it hasn't touched our house, the foundation, yet but it's definitely headed that way soon."

She said it's hard not knowing how long they'll have to be out of their home, but she just hopes when the water recedes, the house will still be there.

“It’s a little nerve-wracking,” Fisher described. “It’s sad, it’s sad that it’s going to destroy so much. I mean I’ve seen whole trees, roots and all just come down the river.”

According to Fisher's neighbors, they've lived in the area for more than 20 years and this is the worst they've seen it.

The City of Weiser is also seeing its share of water, with the river starting to overflow onto roads and getting close to local businesses and buildings.

Mayor Diana Thomas posted on social media Tuesday afternoon that the Weiser River broke through Galloway Dam and water was flowing into the canal. She said water was being diverted into Monroe Creek, Mann Creek and others to reduce the flow.

As of Tuesday night, The Washington County Sheriff's Office said Cove and Couper Roads in Weiser were closed because of so much water over the roadways.

According to Melder, it's not just Weiser roads being affected.

"All along 95 from New Meadows to all the way down to the Cambridge area, we are seeing spotty flooding, pooling rivers, rock fall, erosion on the shoulders, so with all of this rain that we've had on top of the snowmelt that's still up there in some areas, we are seeing some significant damage," he said.

RELATED: Blaine County experiences avalanche season with a dozen in the last week

The Washington County Sheriff's Office said Midvale is seeing flooding also, but the city is doing okay because the dyke there is holding. 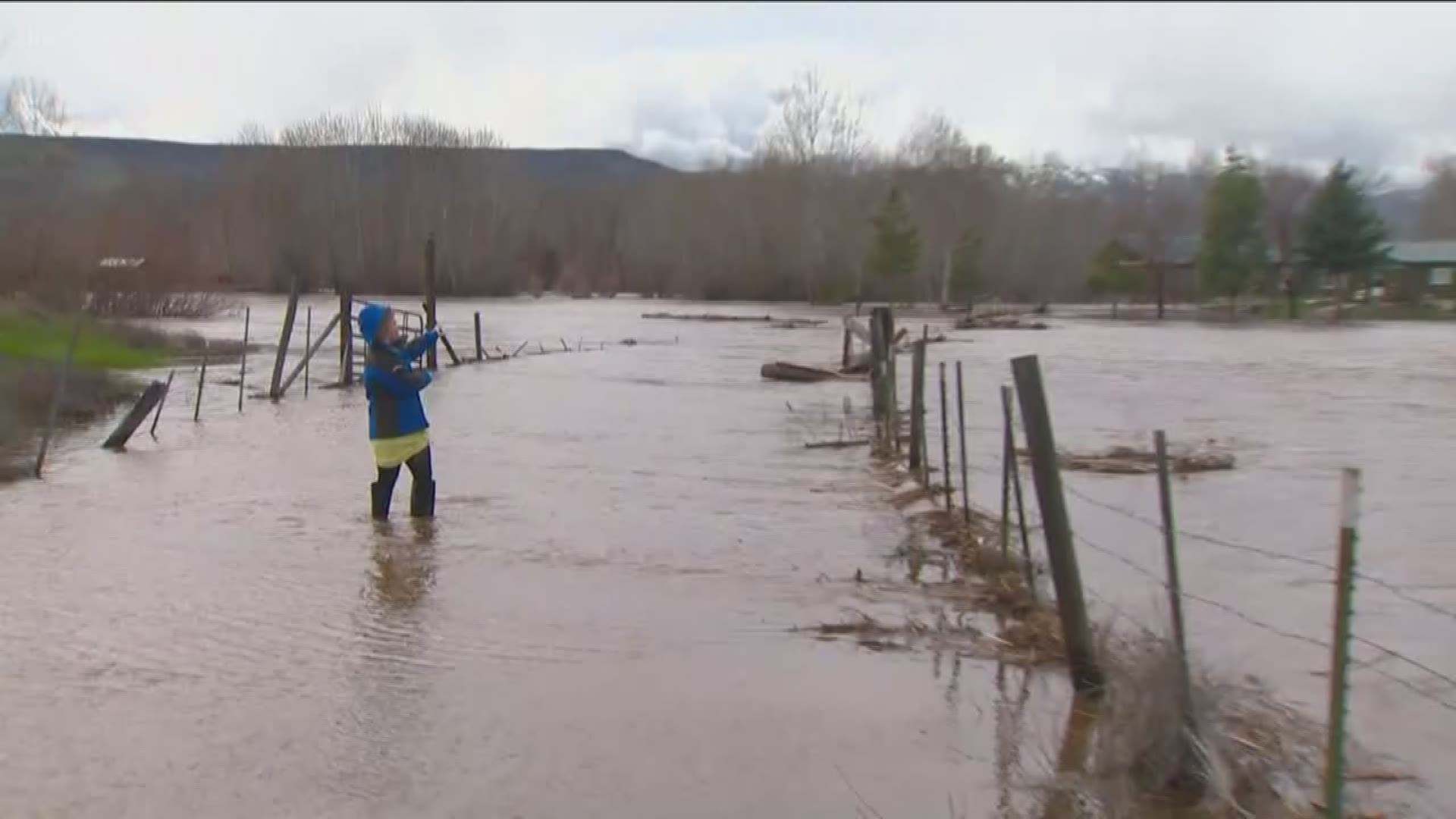