Meridian boy lifts spirits at the hospital through music

Seven's Hero: Elias Pierson volunteers to play the piano at St. Luke's Meridian to bring joy to patients, their families and staff. 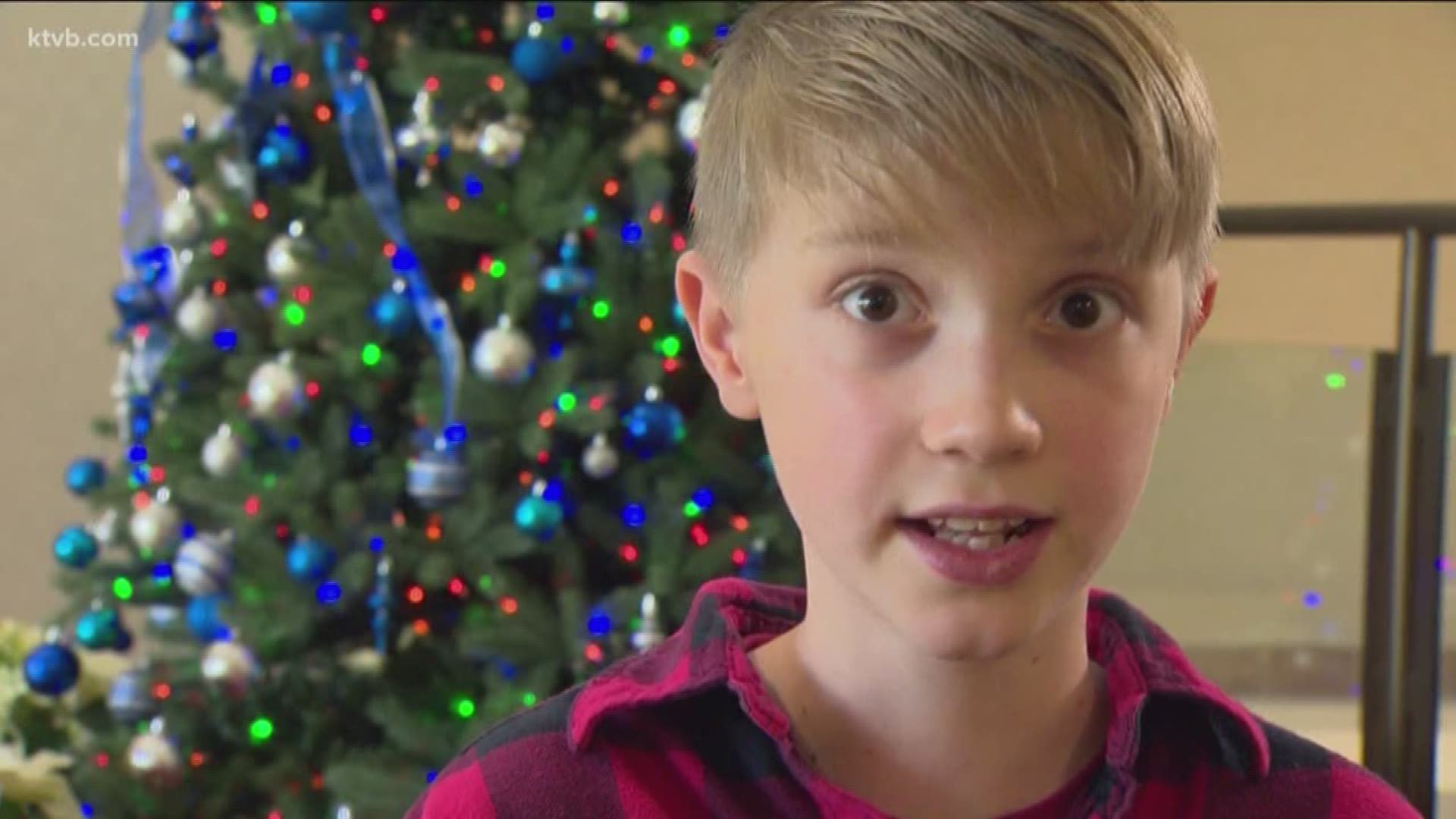 MERIDIAN, Idaho — St. Luke's Meridian has the sound of Christmas in the air thanks to 12-year-old Elias Pierson of Meridian. He stops by as often as he can to play the piano at the hospital to lift the spirits of patients, their families and staff.

“I heard someone playing the piano one day when I came in for an appointment," says Elias Pierson

Elias asked the volunteer office if he could play, too. The hospital was thrilled with the idea.

His mom Shelly Pierson says he visits once a week to play and bring joy to the patients, their families and the staff.

“There are hellos and goodbyes and sadness and happiness all in the same place, and he just really likes to take his gift and insert it in that environment and have a sense of healing for people that might need it,” Shelly said.

Elias fell in love with music as a little boy. He has natural talent, just ask his piano teacher, Megan Kalousek. Kalousek takes pride in what Elias is able to do.

“Every week he has something new to play, the song he played “God Rest Ye Merry Gentlemen”, I gave him a week and a half ago," Kalousek said.

He loves to play Christmas music and he loves jazz. Elias says he wanted to share his gift with others and volunteering is a great way for him to do that.

“It makes me happy because I know they like it and I like it. I like playing and they like hearing it, so we both get something out of it and that's nice,” says Elias.

His mom says he wants to come volunteer as much as he can.

“He's hounding me about every other day, can we go to the hospital and play? Because he just really enjoys giving that gift of music,” Shelly said.

St. Luke's Meridian Volunteer Coordinator Sharon Aalbers says his visits are much appreciated. Sometimes, people break out in applause through the hospital after his songs.

"Absolutely, everyone gets a kick out of it," Aalbers said. "His age is the biggest thing, being surprised at how young he is and the fact that he comes weekly to play for us.”

“I thank my mom for taking me!” Elias said.