Ray Carleton helps men through recovery as an addiction counselor at the Boise Rescue Mission's River of Life Men's Shelter, even through his battle with cancer. 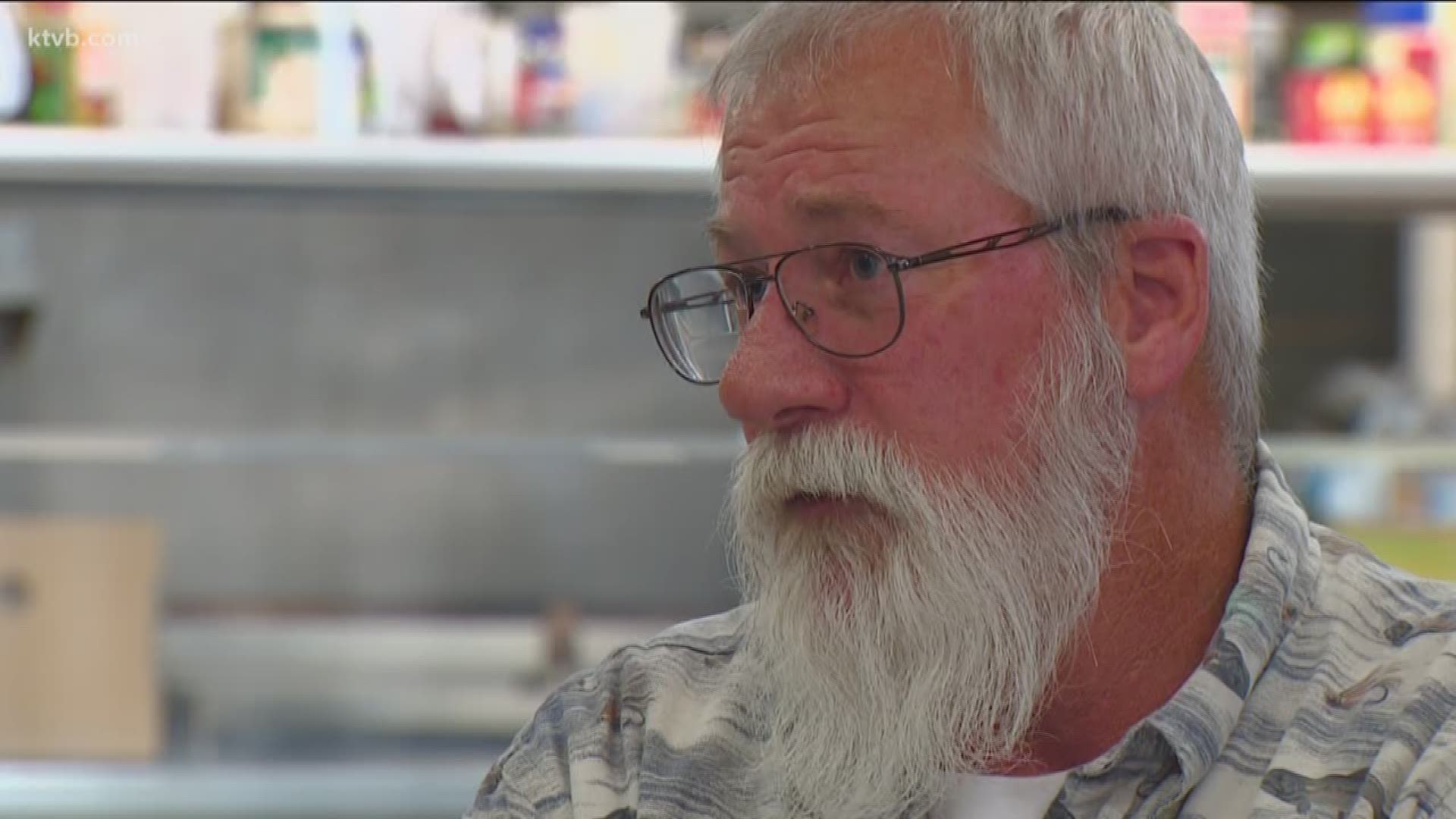 BOISE — The Boise Rescue Mission has been helping Treasure Valley residents since 1958 and being able to lift others up in life can be rewarding. It certainly is for Ray Carleton, who is the director of the New Life Program for men in recovery.

Carleton has been working at the Boise Rescue Mission's River of Life Men's Shelter for five years and doesn't think of as work.

"I think the greatest reward is to see change in people and to see them go from being lost and broken, to being restored and whole and independent again," Carleton said.

Carleton understands what the men in the inpatient substance abuse discipleship program are going through, since he went through the same things before becoming an addiction counselor.

With that experience and care, Carleton is a hero to those in the program.

Andrew Fredrick, who has been in the program for three weeks, said that he trusts Carleton and has hope for his future.

"I love this program," Fredrick said. "I've always been looking for change, but I never knew how to change. He knows where I'm coming from, where I've been."

Jeff John, who has been in the program for four months, said, "He [Carleton] has a heart that's bigger than any heart that I've seen and that's just Ray, he puts all of his love into us and he truly does care about us."

What some might not know about Carleton is that he only has months to live. He was given a year to live in May after being diagnosed with pancreatic cancer.

"At the end of May, I was given about a year to live. I decided I need to step up my game and do things differently and start enjoying things a little more," Carleton said.

Instead of quitting his job, Carleton decided to continue working at the Boise Rescue Mission, with the support from his family.

Carleton says that his attitude is just what comes naturally.

It's who Carleton is and he is not going to stop giving, even until his last breath.