Game Changers Idaho is giving kids with special needs the opportunity to play flag football and our latest 7's Hero is one of these athletes. 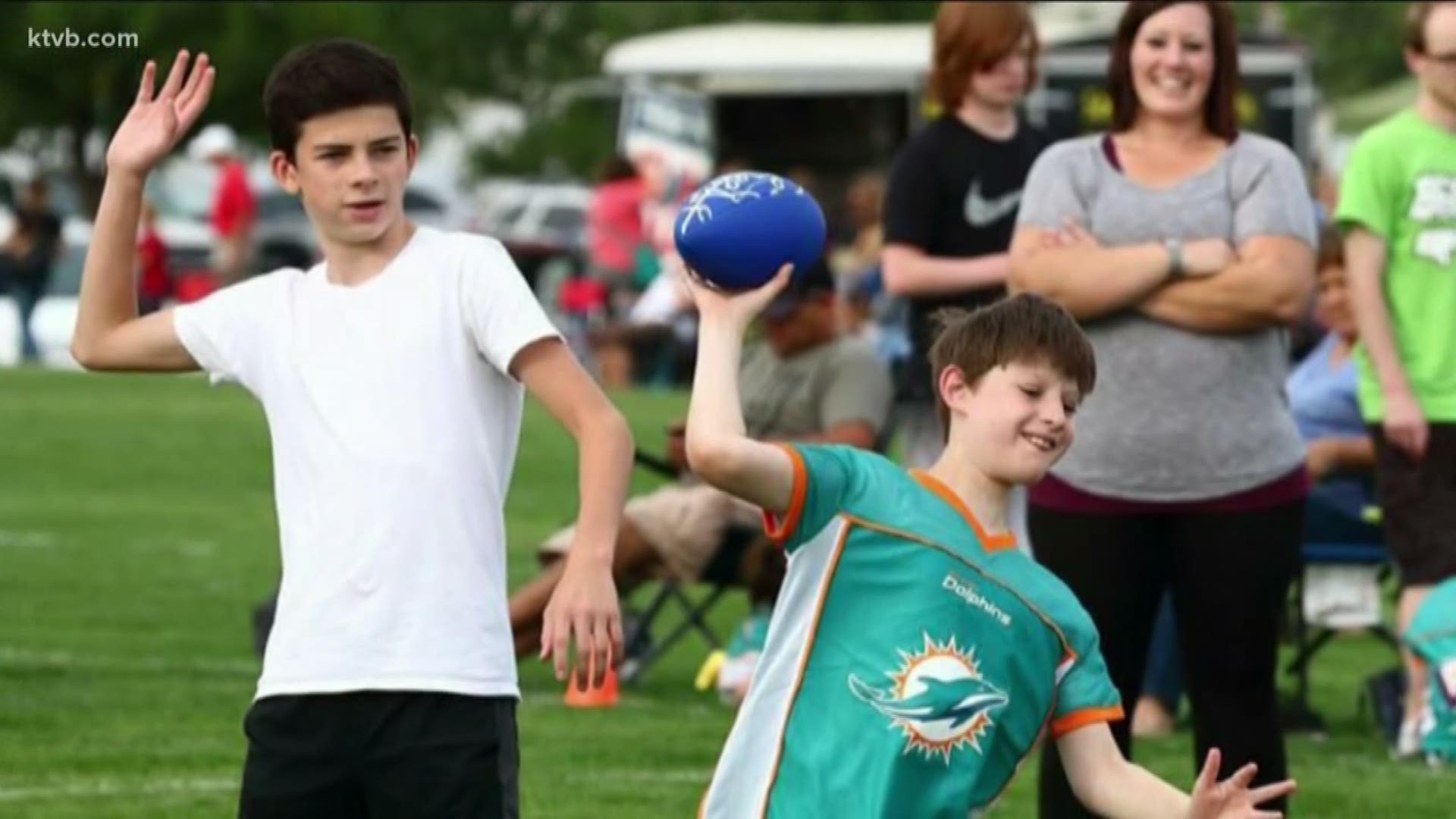 BOISE — Playing team sports is something that many teens and kids want to do, but for some, the opportunity to play isn't readily available.

Gabe Moreno, the founder of Game Changers Idaho, is giving kids, from elementary school through high school, with special needs the chance to play flag football throughout the Treasure Valley.

This week's 7's Hero is one of those amazing athletes. Josh Roeder inspires people on and off the field.

For Moreno, Friday nights are not just his favorite night, but also for parents and volunteers for flag football. Because of this, Moreno made sure that Game Changers Idaho would live up to its name by providing an opportunity for kids with special needs to play flag football.

This fall, a new player joined this flag football league. Eleven-year-old Josh Roeder is the first blind player to join the league.

Josh's parents signed him up for the league because he wanted to play football and to expose him to as many things that they can.

"The child has this natural arm, he's been throwing things since he's been a toddler, anything he could pick up in his hand he would throw," said Josh's mom, Kristi Roeder. "So we just thought, why not, why not try it."

As the league's first blind player, Josh presented Moreno with a new challenge to adapt the game for him.

His secret weapon to meet the challenge was 14-year-old Dylan Smith, Josh's volunteer mentor. Each kid that needs additional help gets a mentor to help play, and this pairing has helped both grow.

"I asked Dylan, 'hey can you take care of this, can you help Josh,' and instantly without hesitation Dylan came in and I stood back and watched those two work together through the season and it's been wonderful," Moreno said.

Dylan likes the opportunity to help others that normally aren't able to play football and says he only helps Josh as much as he needs it.

"Pretty much if he's going to throw the ball, he does everything," Dylan said. "I just kind of point him in the right direction - he just throws it, it's pretty much mostly him."

Josh's dream for the season was to throw a touchdown pass, and it happened this past season. For Josh and his family, that touchdown pass changed life at home for the youngster.

The whole experience is great for everyone according to John Roeder, Josh's father.

Added Kristi: "Kids are just naturally limited in society that have special needs, but not on that field."

Josh is inspiring people along the way, especially Dylan.

"He's always smiling," Dylan said. "He just shows me that if I want to do something, if I work hard and pursue it, I can do it."

Josh isn't the only one in the family who plays flag football, his little sister Katie also plays. She has down syndrome and loves the game too.

For more information on Game Changers Idaho, and how you can get involved, check out group's website or find them on Facebook.