Gov. Brown noted SB 1536, which dealt with wildfire funding, died in the 2020 legislative session when Republicans walked out. 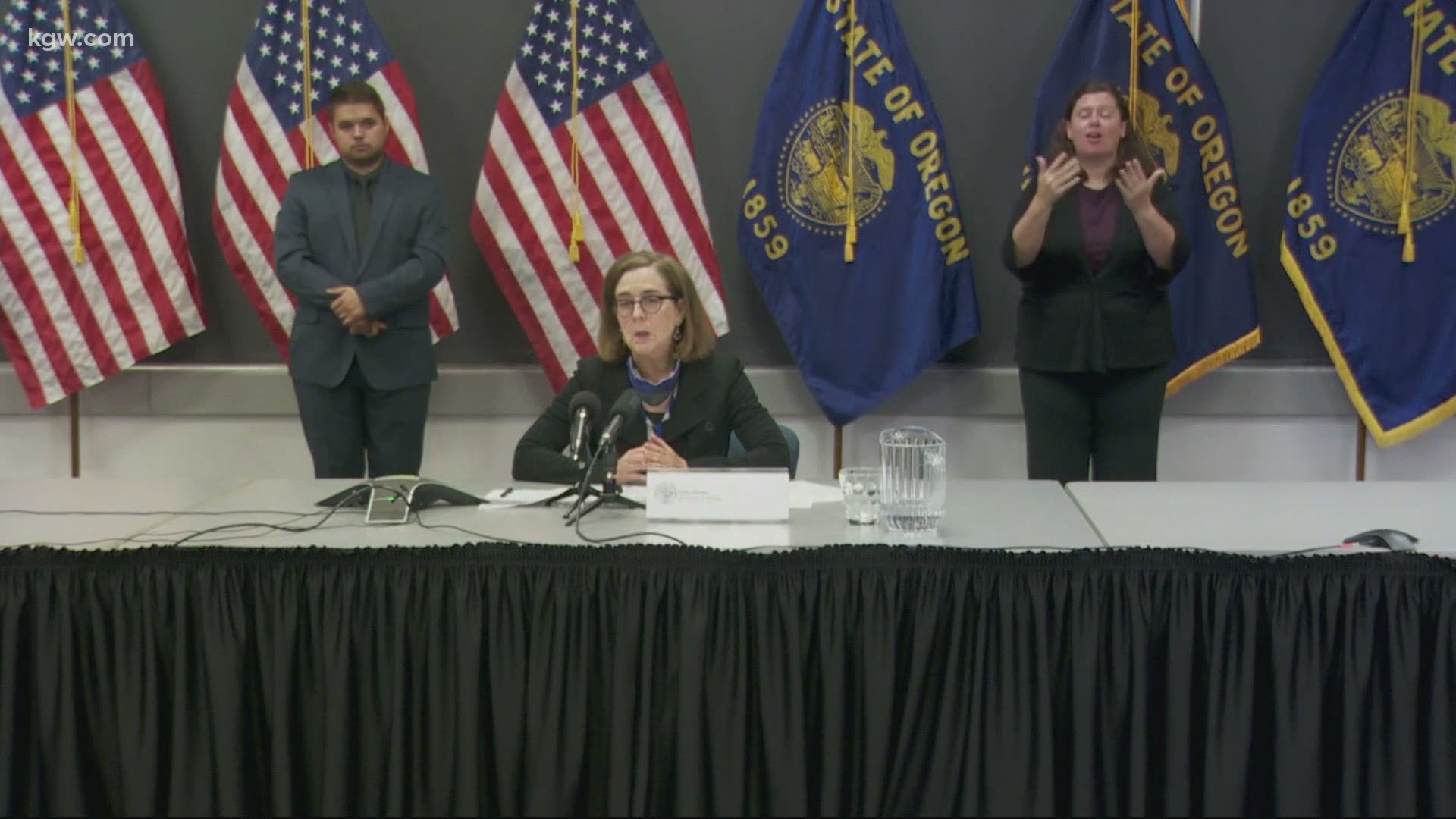 SALEM, Ore. — Even during a statewide wildfire disaster, you can't expect politics to stay out of it for long.

Case in point, in a news conference Monday, Gov. Kate Brown mentioned a wildfire bill from earlier this year, that died along with all other legislation when Republicans walked out in protest of Cap and Trade.

KGW checked in with Republican leaders, who said even if the bill had passed, there's no guarantee it would have helped with these fires because parts of the bill weren't required to happen until 2021.

They had voted against the bill before the walkout occurred. Republican leader Sen. Fred Girod said his party will be pushing for a bill called the ODF Modernization Bill.

It was sponsored during the last session and will likely make a comeback in the 2021 legislative session. It would provide 30 to 40 more full-time Oregon Department of Forestry firefighters and would update outdated firefighting equipment.

Democrats also voted in support of the bill earlier this year.

Sen. Girod told KGW, "This is a forest management problem, which Gov. Brown has a lot of responsibility for. Brown has destroyed the state's ability to fight fires by refusing to update forest management policies. All the fuel and dry tinder in the forests is a direct result of environmental laws that have made it impossible to thin and harvest Oregon's forest and natural resources."

Sen. Girod is from Lyons, a town that was hit very hard by the Beachie Creek Fire. He toured the devastation Tuesday and found out his own home had burned down.