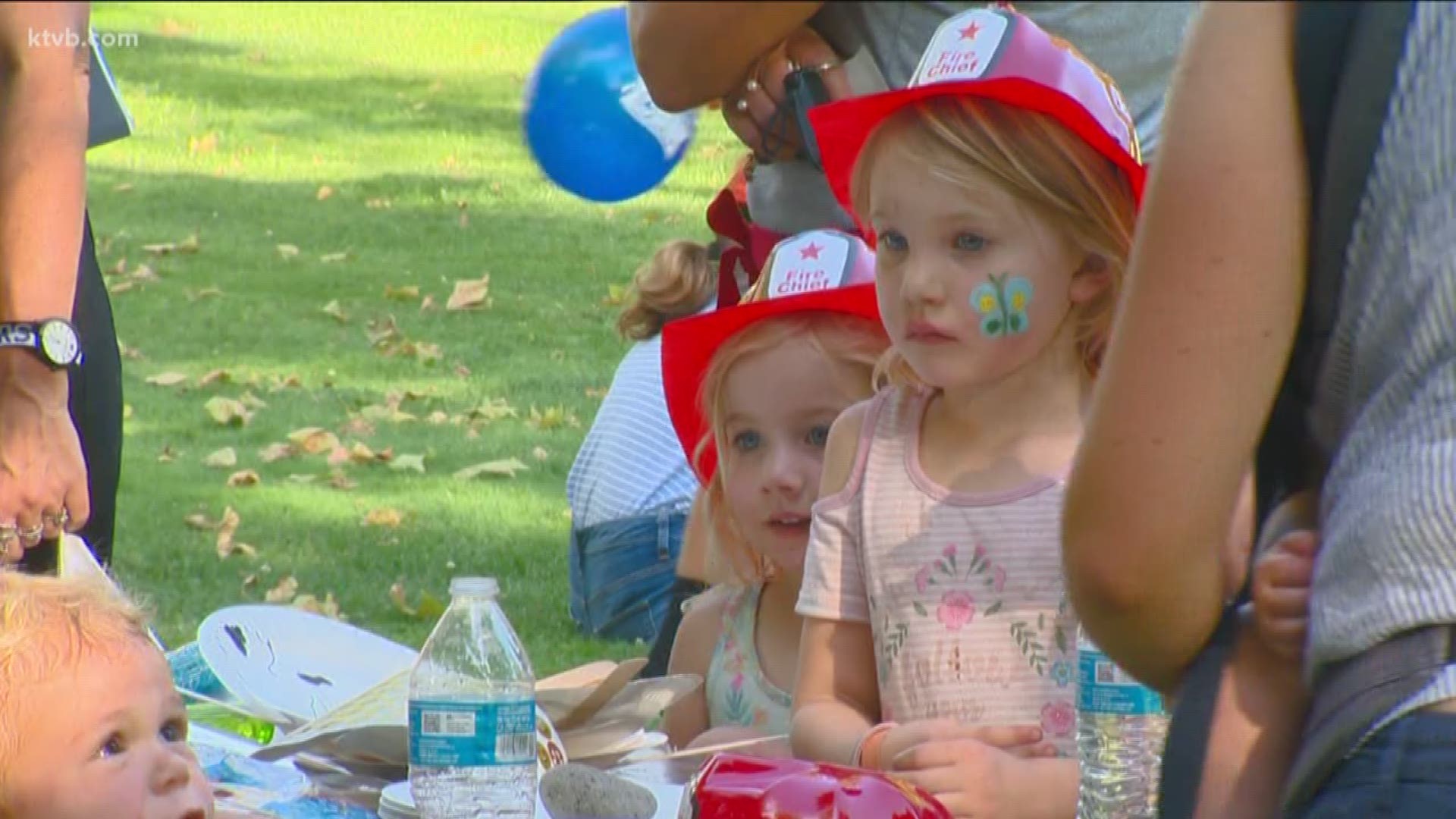 BOISE, Idaho — There were 50 parties planned throughout the city of Boise Tuesday night for the annual National Night Out.

The event is all about getting to know your neighbors and building relationships between communities and police. It is celebrated across the country on the first Tuesday in August.

Party planners who registered with the Boise Police Department could request visits from police officers, firefighters, the mayor, City Council members and more.

One of the Boise events was held at Fairview Park, where the West End and West Downtown neighborhoods combined forces into one get-together.

“This is valuable so you know your whole neighborhood or as many as you can instead of just your immediate neighbors,” said Jason Durand, president of the West End Neighborhood Association.

Residents say events like National Night Out are how you build stronger community relationships and friendships.

“You build this community, get to know each other well, and they become like your family right? It’s like your extended family and it’s nice to have that if you need something," said Nicole Windsor, with the West Downtown Neighborhood Association. "You find babysitters that way for your children, you find other children for your kids to play with, you find people who have the same interests.”

Besides neighbor meeting neighbor, it's also a chance for communities to meet first responders and city officials in a more relaxed environment.

“So many times they see us on their worst day – both police and fire," said Boise Fire Chief Dennis Doan. "And this is an opportunity for us in a non-emergency situation to talk and just get to know our friends and neighbors.”

Credit: Logan Schenk/KTVB
Kids got to get in the driver's seat of a fire truck during a National Night Out event in Boise Tuesday night.

“These folks have been down at City Hall a few times, recently because of some developmental proposals," she said. "And they’ve been a really wonderful neighborhood to work with but getting to talk to them in this more informal setting and seeing their kids, meeting their kids, getting to know their kids’ names, those are all I think really important things to build a community so for me I just love this opportunity to do that.”

As part of National Night Out, the Boise Fire Department handed out firefighter hats to kids and gave them an up-close look at a fire truck, even letting some sit in the driver's seat.

“We get to come here as police officers, firefighters, mayor and council members, and just come together as a city and a neighborhood and get to know each other and share an ice cream cone," Doan said. "It's a lot of fun and something we really enjoy."

The Boise Police Department said it can also help improve safety in neighborhoods.

"Well connected neighbors are more likely to keep an eye out for each other and report suspicious activity to law enforcement," said Captain Paul Burch from BPD's Community Outreach Division. "The partnerships we have with our community help keep Boise the safe community it is today and will continue to do so long into the future."