Leslie Dean-Webb, whose son and family died in the crash, says "It's the worst, it's like a nightmare you don't wake up from." 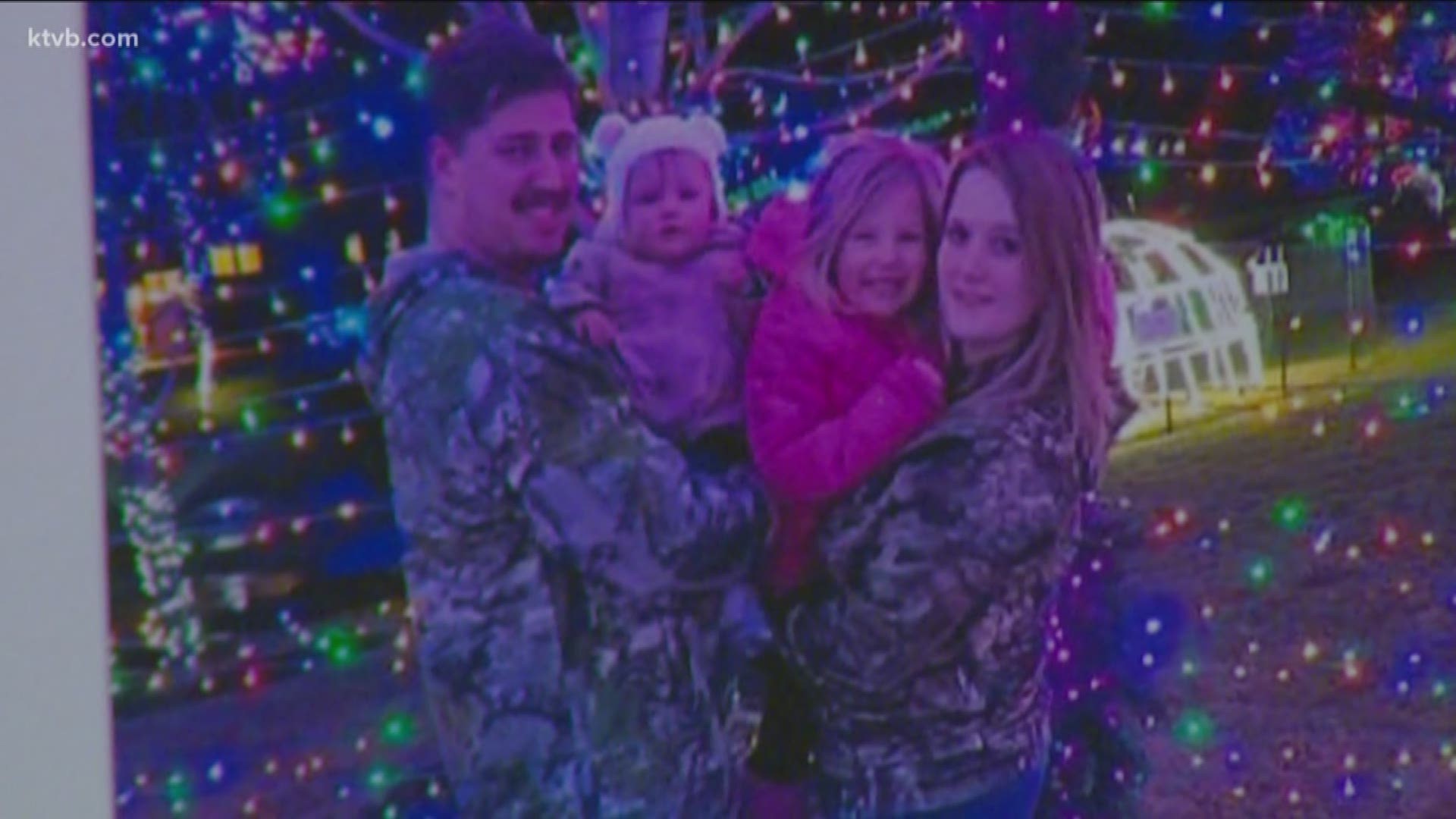 CALDWELL — A North Dakota family of four, originally from Caldwell, was tragically killed in a car accident Thanksgiving Day.

The family stopped in Billings, Montana to rest and were back on the road by Thanksgiving morning.

"Around 3:00 p.m. in the afternoon, Chelsi's grandma messaged me and said she hadn't heard from the kids and they were supposed to be there at 11 a.m.," said Leslie Dean-Webb, Anthony's mother.

Officials say the car went off an embankment and struck a concrete bridge support pillar, killing all four passengers, including Anthony and Chelsi's two daughters, 5-year-old Kaytlin and 20-month-old Avri.

"It's the worst, it’s like a nightmare you don't wake up from," Webb said.

As Webb mourns her loss, she recalls memories from when her son was a little boy.

"When he was a little boy he would always talk about Air Force," Web said. "Air Force, I want to be an Air Force pilot, since kindergarten."

Anthony Dean fulfilled his career dreams and was respected by his fellow airmen.

"He was the guy, when they were overseas, if you need a laugh, he's the guy who’s going to make you laugh," Webb said. "If you need a shoulder, he is going to be that guy. Whatever you need he is there."

Anthony's wife Chelsi Dean was also dedicated to a life of service.

"She was a volunteer firefighter, her daddy was a firefighter," Webb said. "He died when she was young, and she always wanted to walk into his footsteps and be a firefighter. That dream just happened for her within the last two months."

All four lives were cut short, but Webb takes some comfort in knowing how many people her son and his family touched.