Some residents say they don't want a fire station in a city park. 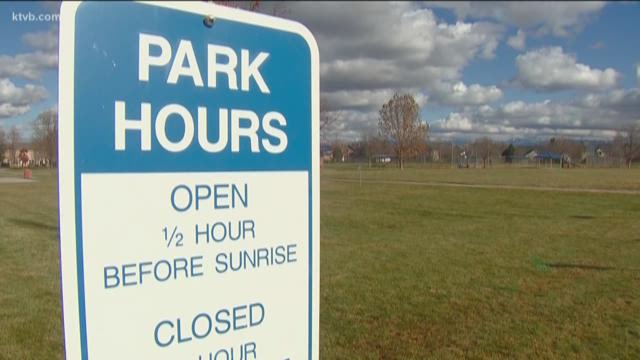 The Meridian Fire Department is considering building its next fire station near the Bear Creek subdivision.

It would be on Stoddard Road south of Overland Road, on a plot of land where there's already a city park.

Many people who live in the area say they're worried about losing the land, and they have some safety concerns, too.

The new fire station was on the Meridian City Council's agenda Tuesday afternoon.

Meridian Fire Chief Mark Niemeyer gave a presentation talking about the potential places to put a new fire station, explaining why the locations would serve residents and hoping to address the concerns of residents who live nearby.

A new fire station is coming to south Meridian. The City Council has already approved Fire Station 6. The fire department knows it needs to be south of I-84, but no plans have been made yet and the department still needs to pick an exact location.

“We know the majority of our calls happen near, they happen near parks and they happen near large residential clusters, so those are for us, are ideal locations for a fire station, where we can get quick response to, quite honestly, the folks that are using our service,” said Niemeyer.

One of the reasons why fire department is considering building in Bear Creek Park is that it fits that criteria. But residents, like Heidi Forney are concerned.

“Why would you take away land that's already well used?" said Forney.

Forney says it doesn’t make sense. She says why take away part of the park when there’s already land that’s been purchased for a fire station down the street. The Meridian Rural Fire District bought land on Overland Road east of Linder Road.

"We were actually very pleased about the Overland site because it was close to our home and we've been waiting for them to build it there," she said.

"We have some concerns with that location due to the traffic and some of the congestion you see on some of those main arterials, but it is still a viable option,” said Niemeyer.

Residents are also concerned about parking. They say the park gets very busy and the fire station would take away some of the parking, creating a safety issue.

This is still in the early stages.

“We look at it as a partner to the community, we're there to serve them and so we hope that we can relieve their fears and concerns by letting them have input into our process to help design the station where it truly does feel like a community asset to those folks,” said Niemeyer.

No decisions have been made. Once a location is determined Niemeyer says there will be an extensive public comment period.