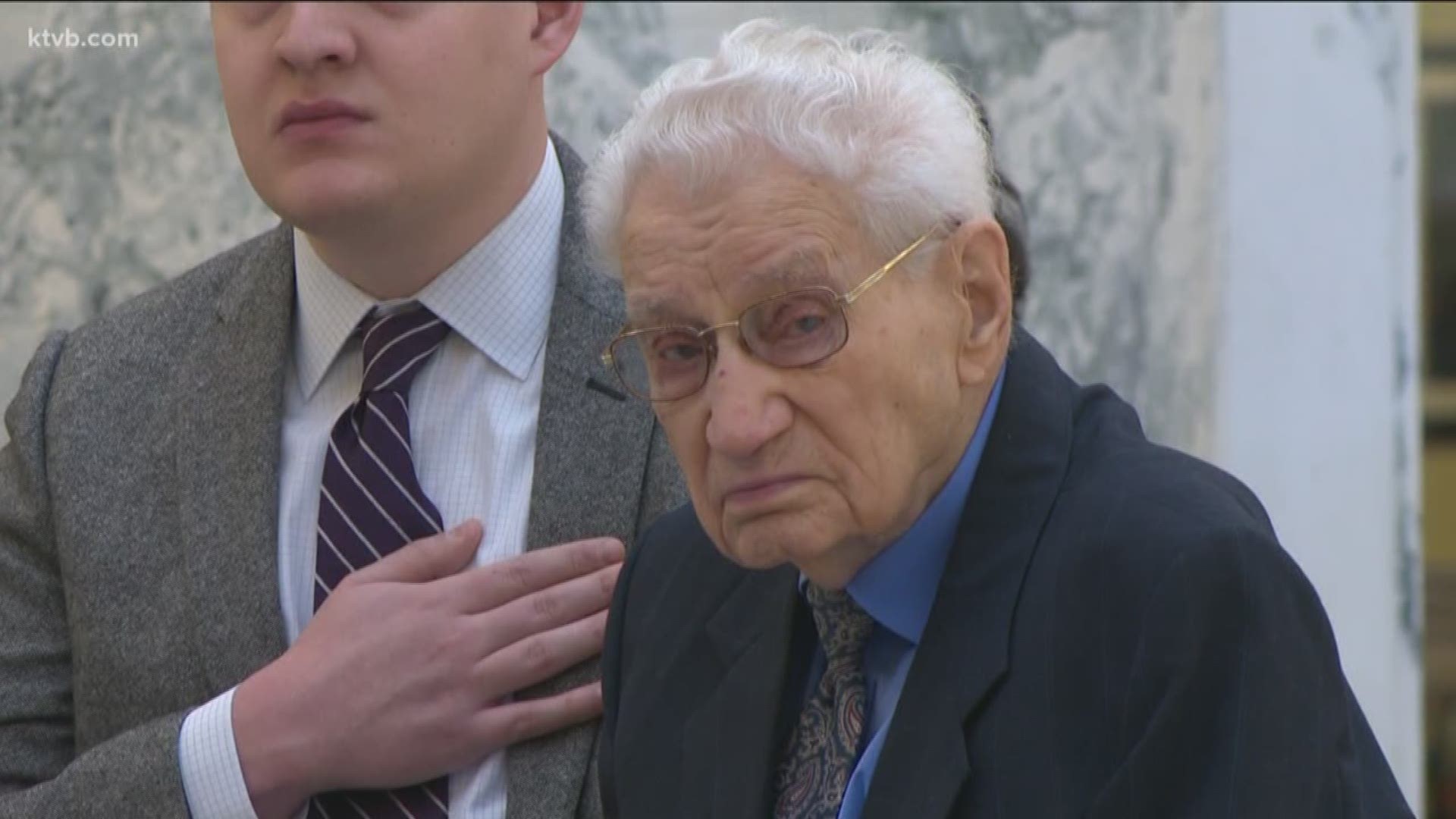 BOISE, Idaho — A World War II veteran was given the highest French honor in our state Capitol Friday afternoon by the French Consulate General.

Emil Reich is now 99-years-old. His family starting putting things in motion for the ceremony a year and a half ago.

French Consulate General, Emmanuel Lebrun-Damiens, came to Boise for the ceremony and presented Reich with the Legion of Honor.

"As a young man you left your home and family to fight and liberate not only France but the whole European continent," said Lebrun-Damiens.

Reich was a Technician Fifth Grade with the U.S. Army. He fought in many battles during WWII, including Normandy and the Battle of the Bulge. He was wounded twice but went back to his unit each time.

"Your courage and your bravery are the reason why the President of the French Republic decided to award you the highest French recognition," said Lebrun-Damiens.

Reich's daughter, Kelly, says her dad is feeling a bit overwhelmed by all of the attention. He is emotional and touched.

"I'm just really proud of him," said Kelly Reich. "Very happy for him."

The Reich family encourages any other WWII veterans who fought in France, or their family members, to reach out to the French embassy in San Francisco so they can also be recognized for their service.