'It would be a death knell:' Eastern Oregon truckers weigh in on cap-and-trade

Roy Henry, owner of Little Trees Trucking in La Grande, says he will either have to move his company to Idaho or go out of business if the measure passes. 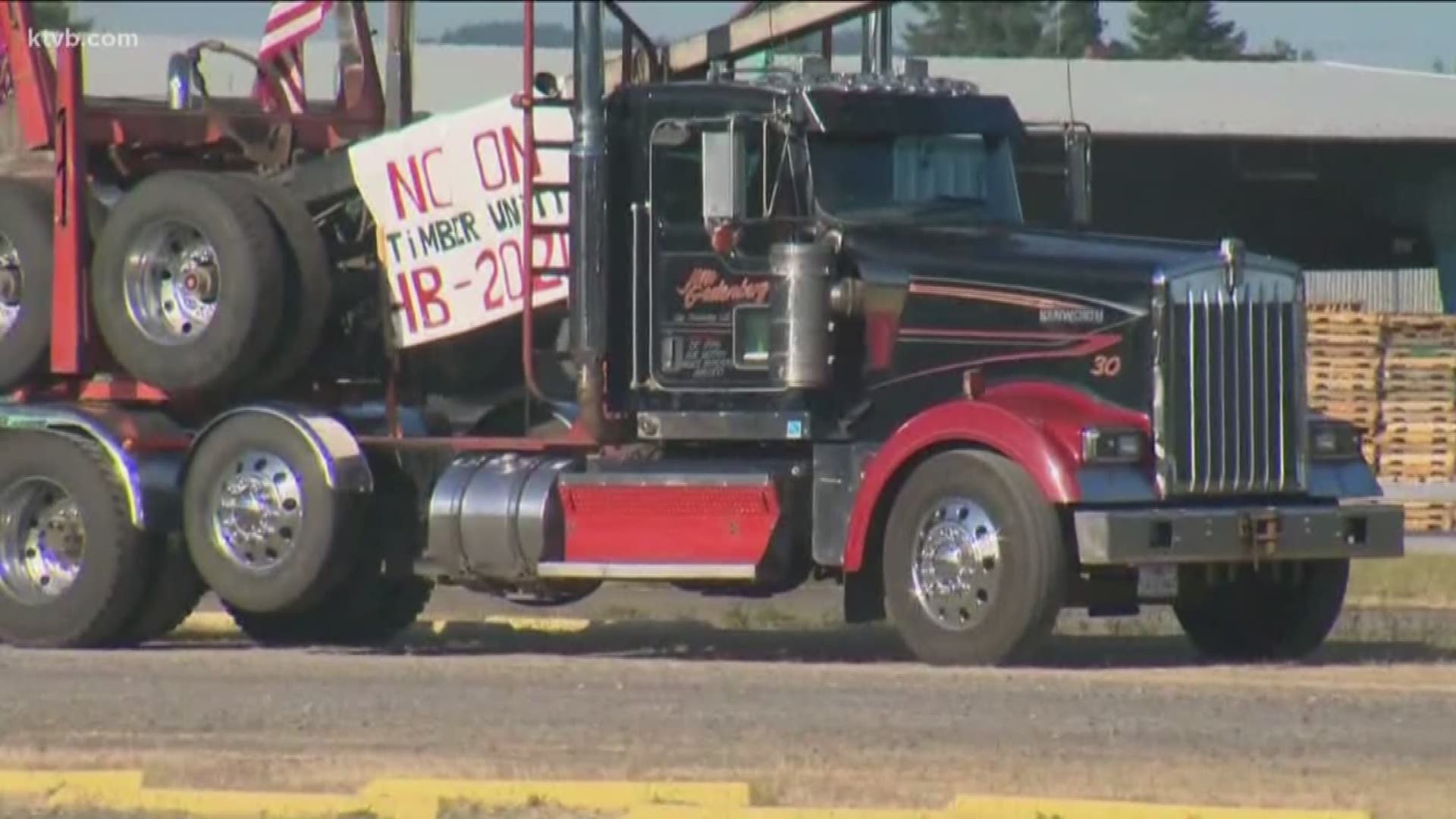 LA GRANDE, Oregon — A controversial bill in the Oregon Legislature intended to limit greenhouse gas emissions is raising alarms among eastern Oregon big-rig operators who say it could put them out of business.

Lawmakers in the state have reached an impasse on the measure, with GOP senators walking out of the Statehouse Thursday morning in protest, effectively preventing the vote from going forward. Oregon Gov. Kate Brown has ordered Oregon State Police to track down the absentee lawmakers and return them to Salem to vote.

The bill would force companies who rely on commercial trucks and machinery to make expensive upgrades or replace equipment, operators say.

Roy Henry, owner of Little Trees Trucking in La Grande, said the bill would hit companies like his the hardest.

"It would be a death knell for my company and independent operators all over the state," he said. "Small companies are going to be the ones hurt by this, it will basically shut them all down."

Simply buying all-new trucks is not an option, Henry said.

"For guys like me and people I know in this community that drive trucks and own their own equipment, most of us would be out of business," he warned. "We can't afford to go out and buy new equipment."

"More than likely, my company will probably go under," he said.  "If I can't make money doing what I'm doing, there is no reason for me to keep going."

And his family is not the only one that would be affected by the dissolution of his company, Weissenfluh said.

"Five guys work for me," he said. "I told them that I would give them a job, so I feel responsible for them and their families also."

Henry said that if the bill goes through, relocating to a state with less restrictive rules will be the only way for many small companies to survive.

"For a lot of guys I talked to, that is what is going to happen," he said. "They are going to shut down or move into Idaho, and operate out of Idaho and not come back into Oregon."

"You pass this bill, you kill the state," he said.