Eugene Hinson, the owner of Tour Ice in Ontario, Ore., likes to keep 800 tons of ice back stocked. By the Fourth of July, however, his warehouse was empty. 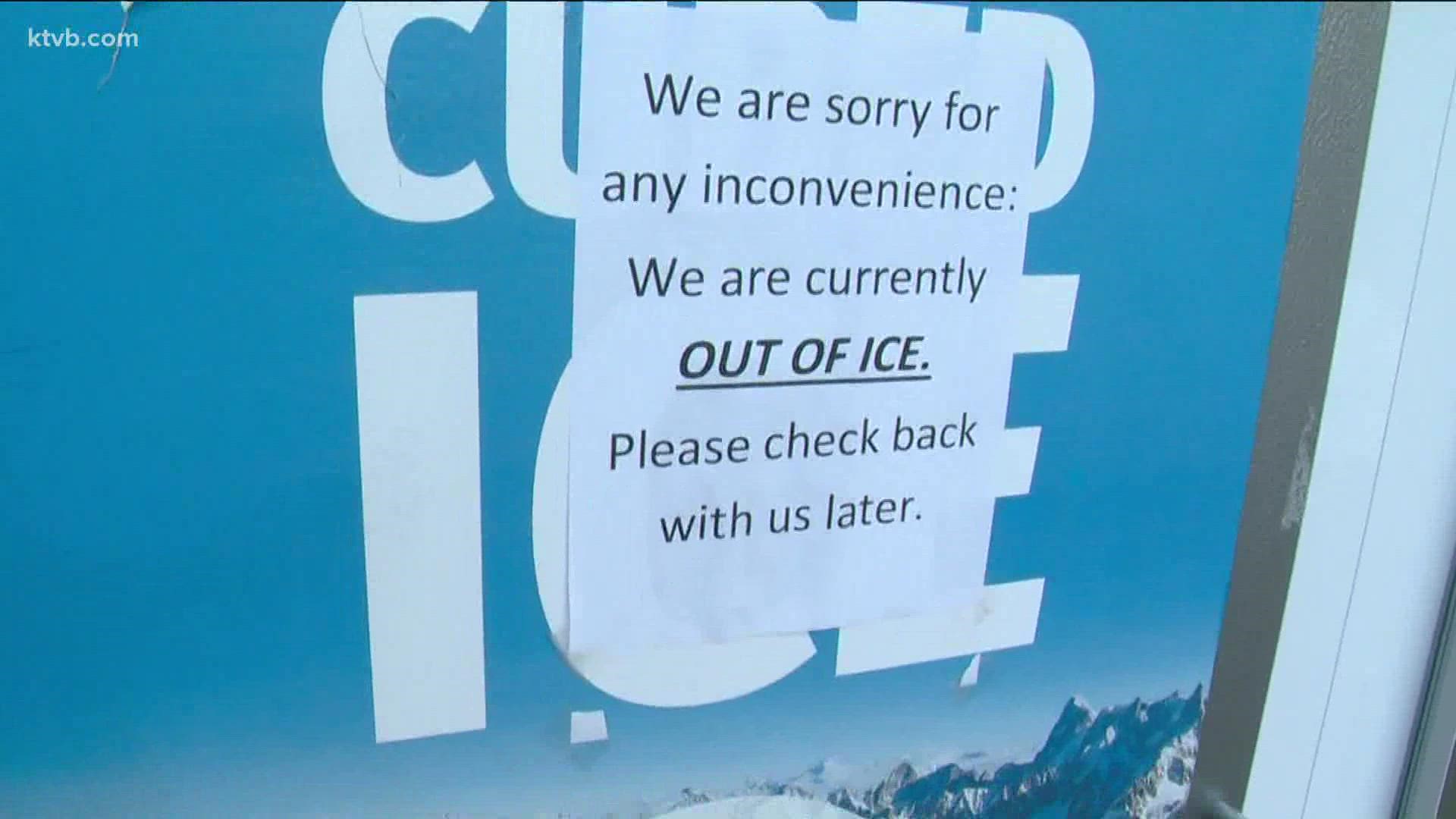 ONTARIO, Ore. — Across Idaho and the west, grocery stores, gas stations and other retailers are experiencing an ice shortage. Some major chains like Albertsons and Winco have a two-bag limit, while others are sold out.

"We have a few suppliers that we can get ice from typically, prepackaged ice specifically, and right now they are saying [it's] unavailable," said Josh Davis, the owner of JD's Bodega in Boise. "Then it just went cold. It was literally just unavailable from that week forward."

Davis said the downtown Boise bodega typically only has only 20-30 bags of ice on hand at a time. They currently have none, which isn't ideal for summer events.

"People kind of come to us, expecting like, 'Okay I've got to put this event together or make this organized event happen,' and now we are missing that component," he said.

Davis purchases from multiple suppliers in Idaho and Spokane, but has been unable to get any for weeks.

Eugene Hinson, the owner of Tour Ice in Ontario, Ore., sells to Albertsons, Mavericks and Idaho liquor stores. He typically likes to keep 800 tons of ice back stocked, which he was able to do at the beginning of June.

By the Fourth of July, however, his warehouse was empty.

"My June supply, or orders going out the door, were double what my normal June is and now my July has come to triple what I normally do in the months of July," he explained. "We started early with the heat and it came on fast and hard and hit us hard."

In addition to heat, Hinson believes a shortage of truck drivers and an increase of tourists also play a role.

While Hinson usually produces 100% of the ice in-house, it's down to 40%. The demand is so high that he is now outsourcing ice from Missouri, where demand is not as high.

"There were probably ten days of July that I sweated every day trying to figure out what I was going to do," he said. "This is the new toilet paper craze, everyone is hoarding the ice up somewhere. I'd like to know where they are hoarding it up at."