“We are people, too,” said Allison Ruiz, who recently quit her job at Barbacoa after four years as a hostess.

Credit: Jake King/Idaho Press
Customers sit at the bar while staff work in the back of the house at Goldy’s Breakfast Bistro in downtown Boise on Tuesday.
Author: Alexandra Duggan (Idaho Press)
Published: 10:53 AM MDT October 14, 2021

NAMPA, Idaho — In what has been a tumultuous time for many, food service workers in the Treasure Valley have had to navigate a complicated series of issues — no masks, all masks, long wait times, large guest volume and small staffs. The coronavirus has affected nearly every business and local restaurant, and their workers are no different.

When the pandemic began, businesses were forced to adapt to COVID-19 and the myriad of safety precautions and procedures that came with it. Many took the necessary steps to keep their employees and guests safe and follow city and state mandates: Places shut down, some employees couldn’t make money, and when businesses opened back up for service, many looked different than before.

However, this led to a mixed treatment toward staff from guests and customers.

Goldy’s Breakfast Bistro in Boise is a two-story, bustling restaurant located at the heart of downtown. It is busy into the early afternoon, serving the residents of Boise and visitors who walk through its doors looking for a hearty meal.

This summer, Goldy’s put a sign outside its entrance letting guests know that food ticket times were running 45 minutes to an hour behind schedule. The restaurant posted the notice to its Instagram page in September with the caption, “A fair warning. Times are tough and just like everyone else, we’re short staffed. Please come in, but remember to be respectful to our employees who are working multiple jobs day in and day out.”

Ross Minnich, a lead server at Goldy’s, said that sign was put up after customers complained to staff about the wait on food ticket times. Minnich is currently working most of his hours as a back-line cook due to understaffing.

Dustin Lemaster, another lead server at Goldy’s, said that because everything in the restaurant’s kitchen is made from scratch, it takes a little longer for food to reach the table. He is also working with Minnich on the back line. Both had to step up to the plate after the kitchen manager worked for nearly a month straight.

“Maybe it’s just an education thing they don’t understand,” Lemaster said regarding customer dissatisfaction. “There’s usually 20 tickets ahead of them when they sit down, and they don’t get that, but they still get good service.”

Credit: Jake King/Idaho Press
Customers sit on the balcony while staff work in the back of the house at Goldy’s Breakfast Bistro in downtown Boise on Tuesday.

Minnich said at the start of the pandemic, a man came in to sit at the bar top, which was not permitted at the time due to social distancing policies.

“He lost his mind because he couldn’t sit there. All our tables were full. He started yelling, telling us why we were wrong, and ended up leaving,” Minnich said.

Minnich and Lemaster said that although staffing and wait times have been problematic, their regular customers have continued to take care of them with patience and generous tips.

Amanda Gonzales was a waitress for eight months at Lucky Fins in downtown Boise, where she started in August of 2020. She said customers didn’t realize how understaffed they were, or what goes on behind the scenes of a restaurant.

Gonzales recalls having to warn a group of women their food would be a while because there was a shortage of cooks.

“After a while, they started yelling at me, as if I’m the one back there cooking and not doing it fast enough. It’s just about the fact I get yelled at for it, even though I’m just here taking the order,” Gonzales said.

Eric Stuen, an associate professor of economics at the University of Idaho, said, “Short-term, the pandemic suddenly threw about 18 million people out of work in spring 2020. Many of those people are reconsidering what they want to do for work.”

“Workers are looking for ways to upgrade their skills and move into better jobs, and this is contributing to the labor shortage,” Stuen said

Mask policies also have been a large issue within restaurants that try to enforce mandates.

Gonzales said that for the most part, guests were respectful of Lucky Fins’ mask policy. Customers were asked to put on a mask in passing, like when entering and leaving the restaurant or when going to the restroom. Those who did not like it often voiced their grievances.

“There were people making scenes and yelling at their server or whoever asked them to put a mask on,” she said. “We had to ask people to leave.”

Her experiences were not all bad, however. She said people understood the struggles servers were dealing with at the time, and would tip her unexpectedly well. Gonzales said one day, she only had one table — and the diners left her a $100 tip. 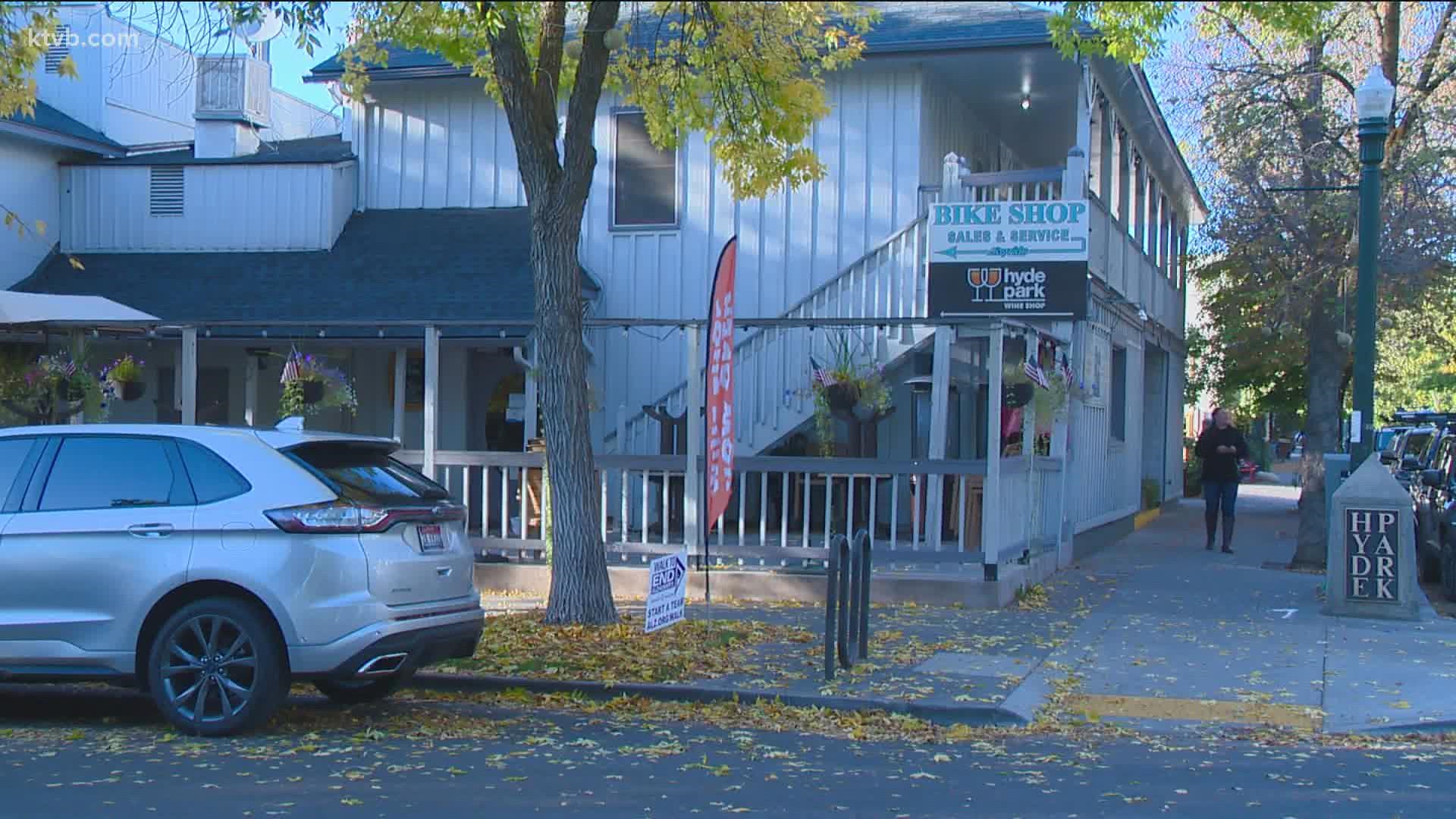 Gonzales said she wanted people to understand to treat others the way they want to be treated.

Allison Ruiz, who was a hostess at Barbacoa for four years, said guests wanted everything immediately. The restaurant was understaffed, which made quick service hard.

As time went on, Ruiz said, she noticed guests becoming more appreciative of the services they had to offer.

Gonzales and Ruiz said they had coworkers quit due to the tension and overwhelming pressure in the workplace, which led to high turnover. Ruiz left Barbacoa because she needed a change, but Gonzales left Lucky Fins because the pandemic was causing so much unpredictability with customers that it affected her income.

The Tower is a restaurant in Nampa serving breakfast and lunch and can be found by walking up the steps of an airplane hangar. Guests can watch planes go by as they enjoy a giant cinnamon roll.

The owner, Nate Lindskoog, opened the restaurant five years ago. He decided to switch up the establishment’s service model when COVID came about, however. Rather than its previous model of traditional table service, guests can order at the counter rather than being approached at their seats, and their food will be brought to them by a member of the staff. If guests have concerns, the employees are only a couple of steps away.

Lindskoog said that he’s fortunate to be able to have respectful guests and a good amount of regulars, where he doesn’t often see the type of negative feedback that other restaurants may have experienced.

“I’ve had people wait an hour for a table and they are patient, they want the view, they want to hang out and they want our food,” Lindskoog said.

His smaller-scale restaurant allows him and his employees to be able to quickly tend to guests’ needs. He said because they are a smaller business, it’s easier to catch a quick refill on a drink or observe people’s body language which could indicate whether or not they are enjoying themselves.

“We’re a little bit shielded from some of the stuff you hear people talk about, like servers getting treated like crap,” Lindskoog said.

Madison Knievel, who works at The Tower, said she is happy to be working at a place with so many respectful customers.

“I’m grateful for the kind-hearted people, just because it’s been so hard for me to find,” she said. 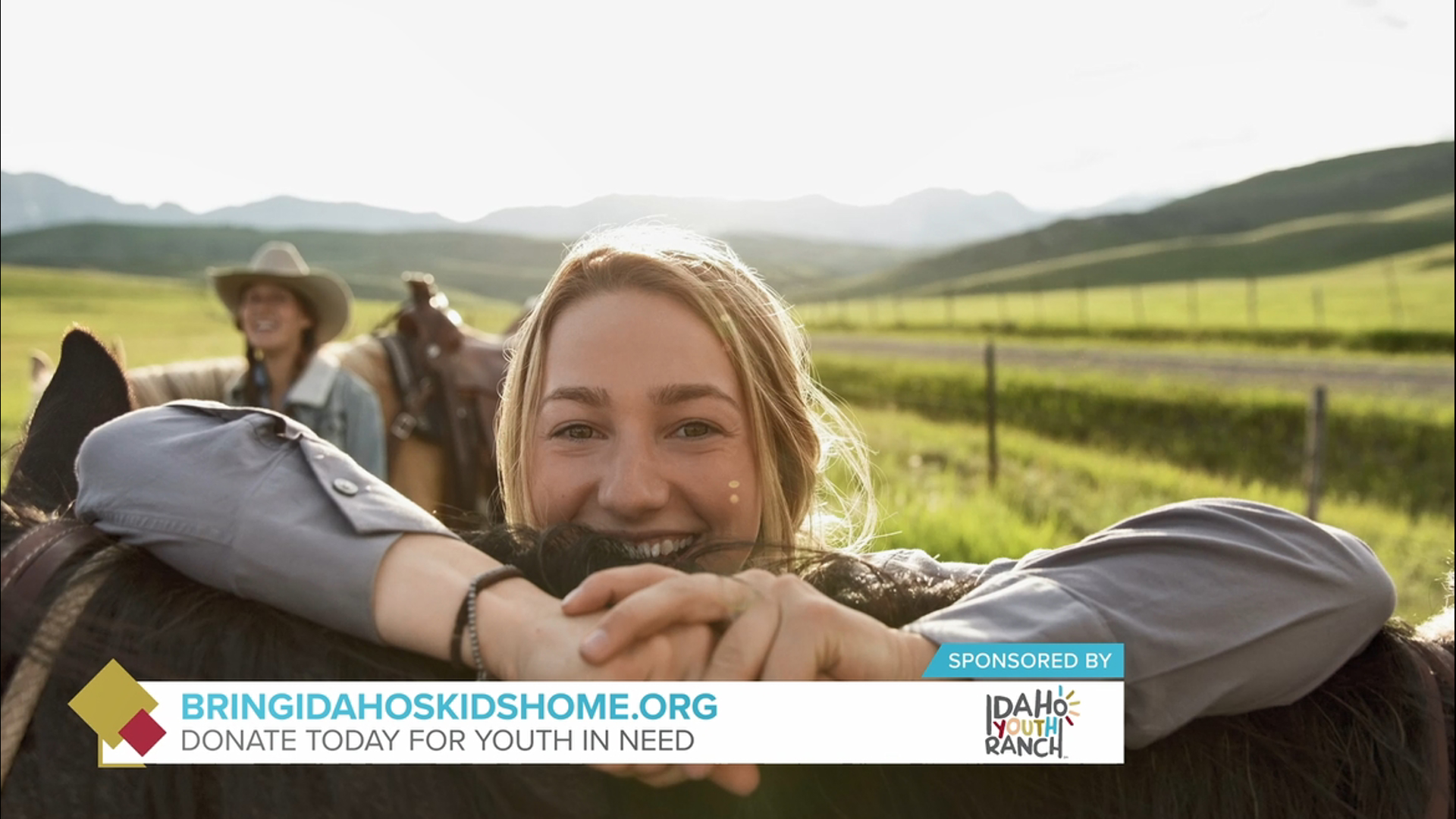