'I am God:' Passenger on Boise-bound flight tried to open cabin door in midair

Boise Police and the FBI are investigating the incident. 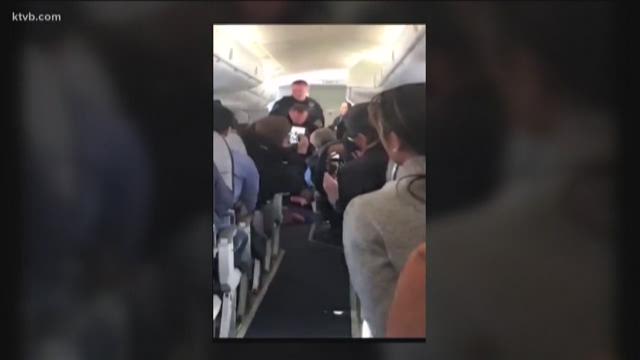 BOISE -- Passengers on a flight to Boise were forced to wrestle a woman to the ground and restrain her after she attempted to open a cabin door midflight Monday morning.

The incident happened onboard SkyWest Flight 5449 from San Francisco to Boise.

Passenger Danny Torres, who was on the plane, said the woman had a small outburst at the beginning of the flight. As the aircraft cruised toward Boise, he said, she erupted again.

"She got up from her seat, started screaming, ran straight to the door and tried opening it," he said.

Another passenger grabbed the woman and tried to restrain her, but she continued "freaking out," Torres said.

In the pandemonium, the pilot got on the loudspeaker, urging other passengers to help intervene, Torres recalled.

"The pilot came on the loudspeaker and told us to 'stop her at all costs' from opening up the door," he said. 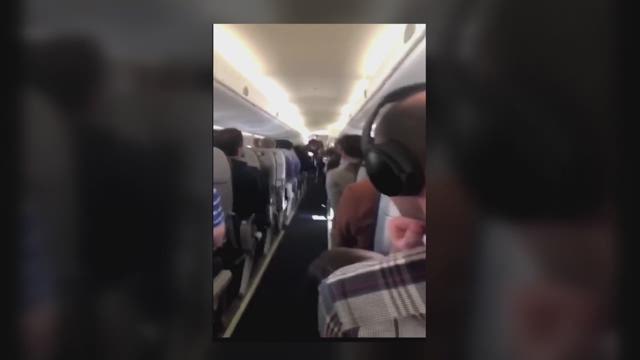 A passenger was able to throw the woman to the ground, and placed his knee on her back to keep her from getting up, Torres said. The man then ziptied the woman's hands and feet together.

"I was freaking out, I honestly had no idea what was going on," Torres said.

A spokesman for SkyWest said the plane was able to land safely at the Boise Airport after the "unruly customer" was restrained.

Torres said the pilot told people onboard that he would have made an emergency landing at a different airport, but the plane was only 100 miles from Boise, making the destination the safest choice. After the airplane landed, Boise Police officers boarded and took the woman into custody before other passengers were allowed to deplane.

Boise Police spokeswoman Haley Williams said the woman is being medically evaluated, and possible charges have been routed to the prosecutor's office for review. Her name has not been released.

Torres said the situation was particularly alarming because he did not know how much force was required to get the aircraft doors - designed to allow passengers and crew to escape after an emergency or crash - to open while the plane was flying.

"I've never experienced anything like that, and being that high up in the air, I honestly don't ever want to experience something like that - it was definitely scary," he said.

He guessed a mental health issue may have sparked the frightening midair scene.

"I honestly don't know a sane person who would try to open up a cabin door midflight," Torres said.

The FBI is also investigating the incident, according to Boise Police.