Youth soccer tournament to bring 10K visitors, over $8 million to the local economy

With more than 10,000 visitors from 14 states across the West, the Far West Regional Championships is expected to bring more than $8 million to the local economy. 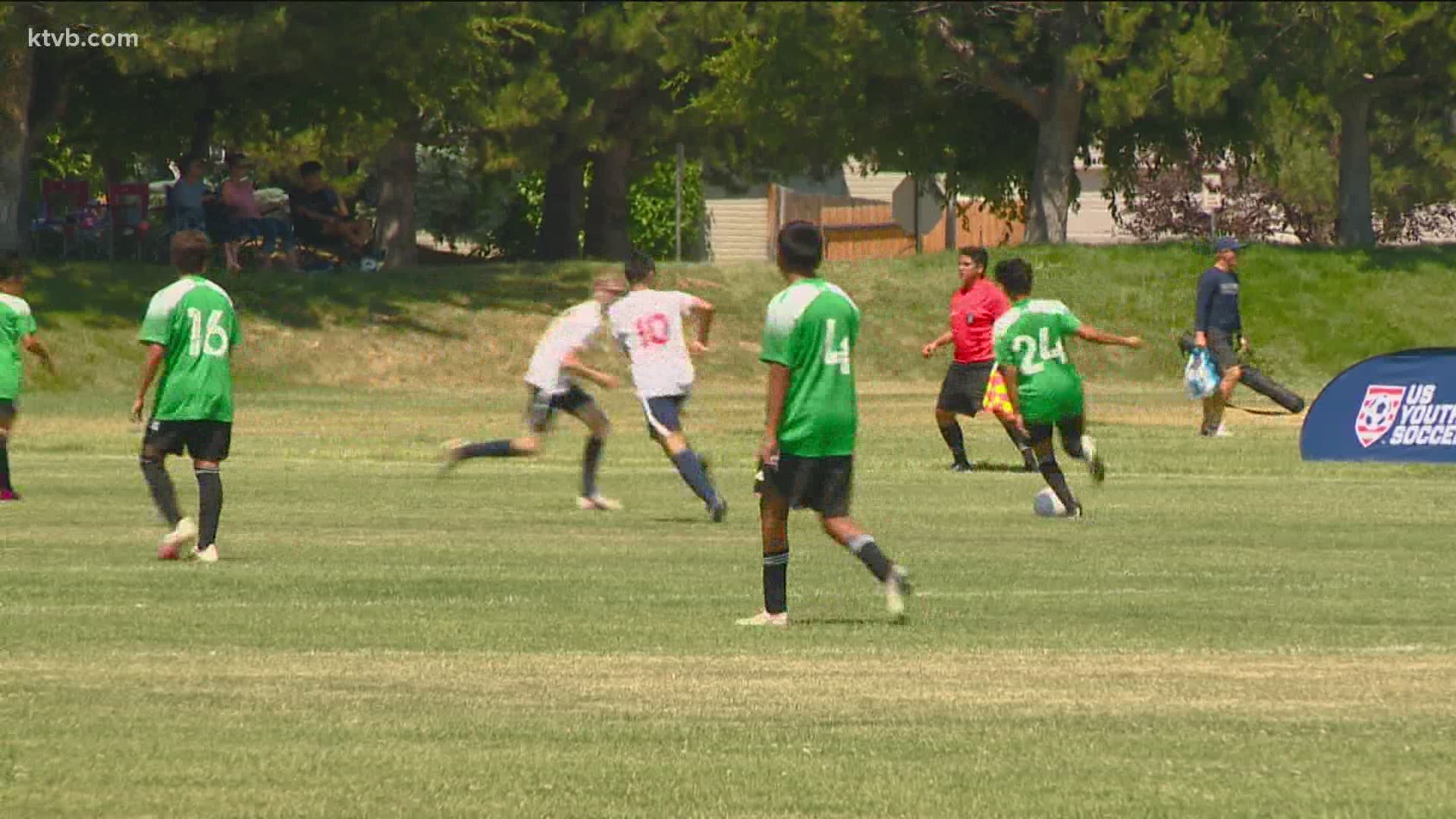 BOISE, Idaho — The Treasure Valley's economy was blindsided more than 15 months ago when the coronavirus pandemic first hit the Gem State. Now, the valley is hosting more than 10,000 people from more than a dozen states for the 2021 US Youth Soccer Far West Regional Championships.

At the Simplot Sports Complex in Boise, all 16 soccer fields were put to good use for the Far West Regional Championships, which features boys and girls soccer teams, ages 13-19, from 14 states.

It is the seventh time Boise has hosted the soccer tournament.

According to Bill Taylor, the former president of the Idaho Youth Soccer Association, Idaho outbid 13 other states in order to host the tournament.

"Idaho is one of the smaller states when you look at the other states in our region so for us, we are always kind of an underdog, and we kind of like that mentality, the Idahoans fight hard to kind of scrape and scrap to get to the finals," he said.

Taylor explained that Boise is the ideal place to host the tournament.

"The facility is fantastic when you look around at what we have and that parking, the ease of access to fly into Boise and the hotels that have been built, all of these things lead to a perfect soccer tournament environment," he said.

"They are going to stay here all week, they are going to be eating out, shopping, between games and as the teams end up, you know, maybe even losing, they are still going to be in town enjoying all the recreation and things we have to offer," Carrie Westergard, the executive director of the Boise Convention and Visitors Bureau, told KTVB.

With 210 teams coming from across the West, even from as far as Alaska and Hawaii, the Boise Convention and Visitors Bureau estimated the tournament will bring in about $8.3 million to the Treasure Valley's economy.

"This is a big event and it is really exciting for the area and we really didn't even know if it was going to be able to happen up until a few months ago and the hospitality community especially is truly looking forward to this week," Westergard explained.

The 2021 US Youth Soccer Far West Regional Championships will be both where Idaho's teams and Boise's economy launch a comeback.

"For me, coming out of a pandemic and being able to see the kids that I coach, because I coach as well, be able to find a love and passion for the game when they went through such a dark period, it's a important thing," Taylor said.

Due to the heatwave that has hit much of the West, organizers are splitting the games into three periods rather than two halves in order to give the players more time to hydrate and cool off.