Affordable housing complex for seniors set to open in Nampa 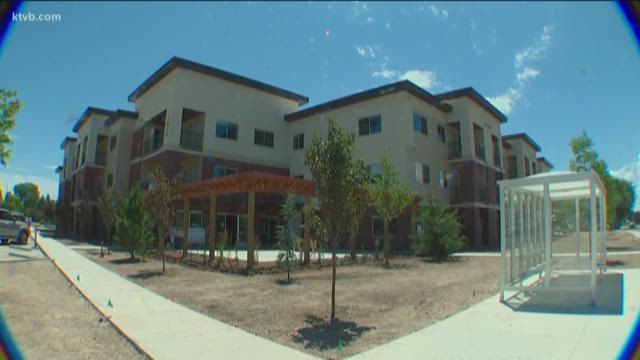 NAMPA, Idaho — When the Mercy Creek apartment complex in Nampa opens early next week, it will provide affordable housing for seniors.

The apartments sit on the spot on 8th Street South once occupied by the old Mercy Hospital. The idea for the project began back in 2012, when a developer wanted to turn the old hospital building into affordable housing. But a fire in 2016 destroyed that building, so the developer had to start from the ground up.

“It was discouraging but it’s pretty cool to see out of those ashes to see this development come forward for our senior community,” Nampa Mayor Debbie Kling said.

After being in works for years, the apartment complex for people 55 and older is nearly complete. Residents are expected to start moving in at the end of the week on Friday, June 28.

“Oh it’s huge, it’s not going to fill the need but it is better than nothing,” said Andy Rodriguez, executive director of the Nampa Housing Authority.

According to Rodriguez, the project will help reduce the backlog of applicants trying to get into his agency’s senior housing.

“Our waiting list for elderly apartments goes back to the very top candidate, is an applicant from 2012,” Rodriguez said.

The complex has 50 units. 40 of them will have to have someone at least 55 years old living in them. The other 10 won’t have any sort of age requirements according to the developer, Chance Hobbs. He told KTVB he catered this project towards seniors 55 and older due to rising housing costs across the region.

“As rents continue to increase dramatically, Social Security and other forms of retirement have not kept up with the cost of living,” he said.

The project is funded by low income housing tax credits provided through the Idaho Housing and Finance Association, the Rocky Mountain Community Reinvestment Corp and the Nampa Development Corp. All together the apartment complex cost about $9 million.

“A housing unit like Mercy Creek is extremely important for our seniors to help offset the rising cost of housing when they’re living on fixed incomes,” Kling said.

The new affordable housing apartment complex is badly needed in the city.

“If you look at our population of around 100 thousand and we have 142 units,” Rodriguez said. “We’re serving 1.4 percent of our population and there is a larger need than that in our city.”

The Mercy Creek apartments are currently going through 35 applications for the 50 available units. The complex has studio, one and two bedrooms units available. Rents range anywhere from $350 - $800.

People interested in applying can do so by emailing contact@thehousingcompany.org