One food cart owner said she is so discouraged by recent burglaries and citywide vandalism that she is closing down at the end of the week. 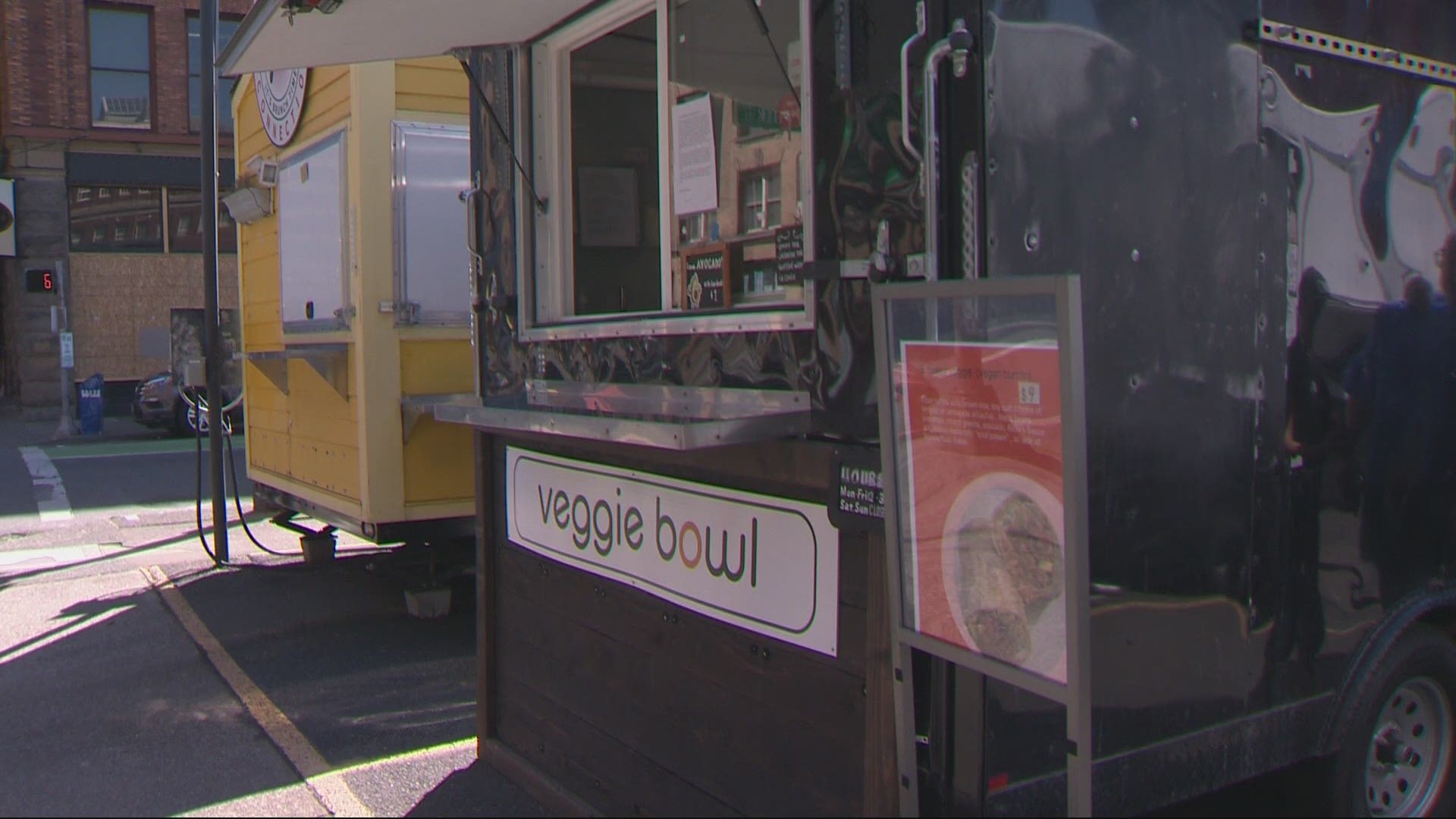 PORTLAND, Ore. — On Tuesday afternoon, at Southwest 2nd Avenue and Harvey Milk Street, Mayumi Sato was closing up her Veggie Bowl food truck for one of the final times.

"We love the people here but not anymore," Sato said.

Sato cites two break-ins in the last couple of months and citywide vandalism as reasons why she is shutting down the operation.

"It's so sad because we've been doing the food cart business in Portland for almost 30 years, 25 years maybe," she said.

If anybody knows Sato's pain and frustration it is her next-door neighbor at the food cart pod.

Taiki Nakijima owns Tokyo Sando. Nakijima showed up to his food truck Tuesday morning to find it had been ransacked. Nakijima said cash and a credit card machine were stolen. The unwanted visitors, he said, felt so emboldened that they munched on pizza while showing themselves around his business.

"I try to make people happy and then this happens," Nikijima said. "It's just sad."

Nakijima's loyal customers said he should close and re-open elsewhere, but Nakijima said that is just too tough. He plans to stick around.

"I try to do my best but I don't know what's going to happen in the future," he said.

Sato knows what is going to happen at Veggie Bowl. She is locking up for good at the end of business on Friday. She has had enough.

"Maybe try somewhere else but not Downtown Portland anymore," she said. "In the future maybe but not for now."