Fire chief urges people to stay away from logjam on the Payette River: 'It's an extremely high-risk rescue if at all possible'

Crews are waiting on a logging company to remove the blockage. 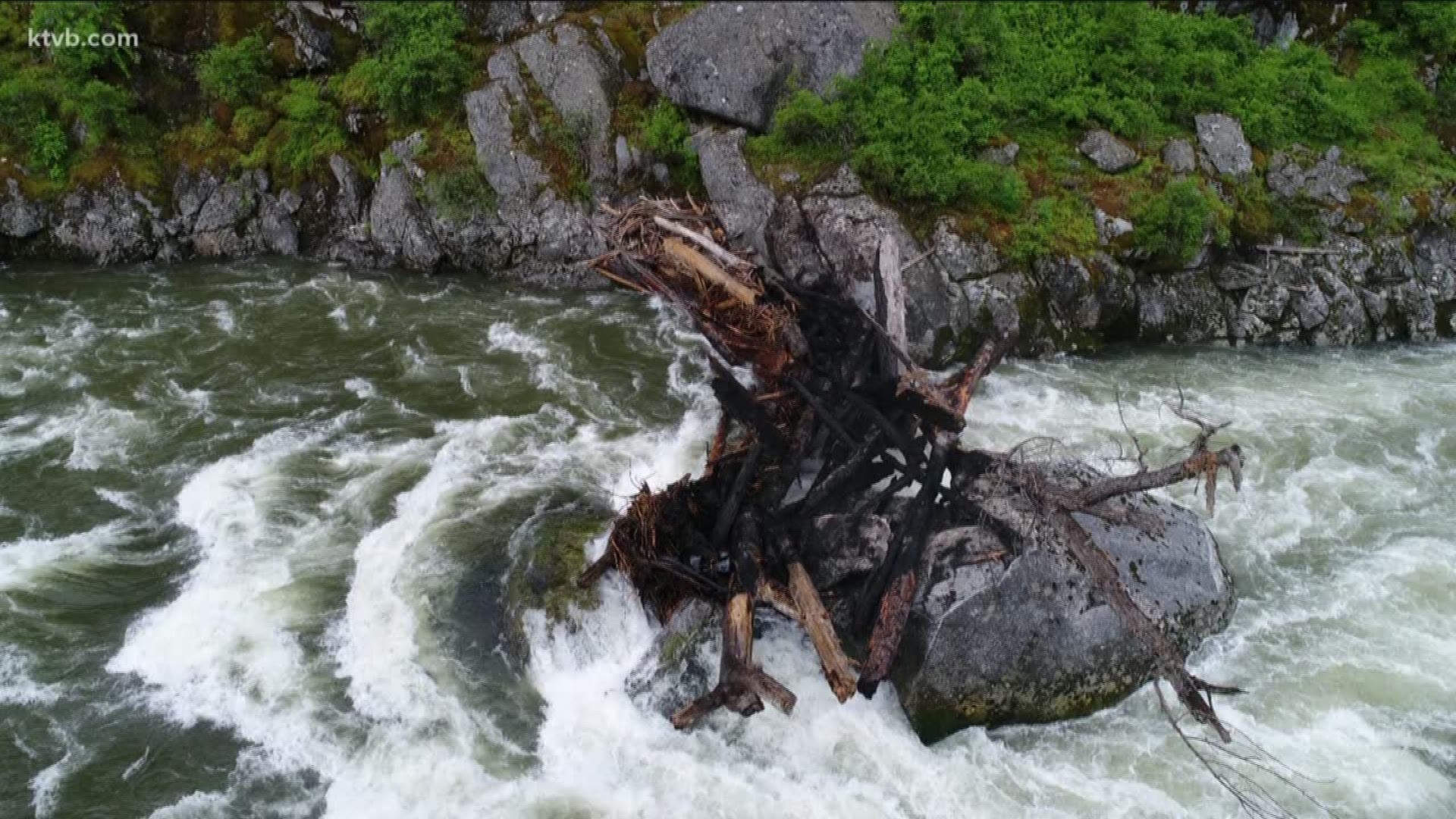 BOISE COUNTY, Idaho — Despite the best efforts of fire crews, a logjam on the Payette River is still creating hazardous conditions for rafters and kayakers.

The logjam is located near mile marker 4 on Banks-Lowman Road, on the south fork of the Payette. Last month, crews set the logjam on fire to burn off as much of it as possible. Since then, multiple agencies, including Garden Valley Fire, have put together a plan to remove it.

“We were working with a logging company out of Horseshoe Bend to see if they could get in there and pull the logs back across the river and up to the roadway to get rid of them,” Garden Valley Fire Chief Jon Delvalle said.

The agency had to first come up with the funding, which consists of a grant and private donations. Unfortunately, the logging company they were working with is now back in the woods working. So, they’re waiting to hear back on when that company may be available.

“We’re just kind of in a holding pattern and trying to keep people away from that area and if we’re unable to complete this because of timing, then we’ve kind of set in motion a plan where our next step would be to go to the governor and see if we can get this section of the river shut down for the summer,” Delvalle said.

MORE: Crews torch logjam on the Payette River: 'This is the first step in us dealing with it'

The entire project is also time-sensitive because they need to get rid of the logjam while the flows are high.

As of right now, the river is still open but anyone rafting it, is doing so at their own risk.

“The problem we have with it is we feel it's a high probability of a fatal incident should somebody get caught up in it, and it's an extremely high-risk rescue if at all possible,” Delvalle said. “My agency has already taken position that we're not putting first responders in that position unless for some reason it doesn't pose that high risk.”

Meantime, because of the logjam, some rafting companies are choosing not to take clients through that stretch of the river and instead are going around it or below it.