Daycare shut down after 3-year-old gets left at park

Little Angels Daycare license is suspended after staff abandoned a toddler at Lakeview Park in Nampa. 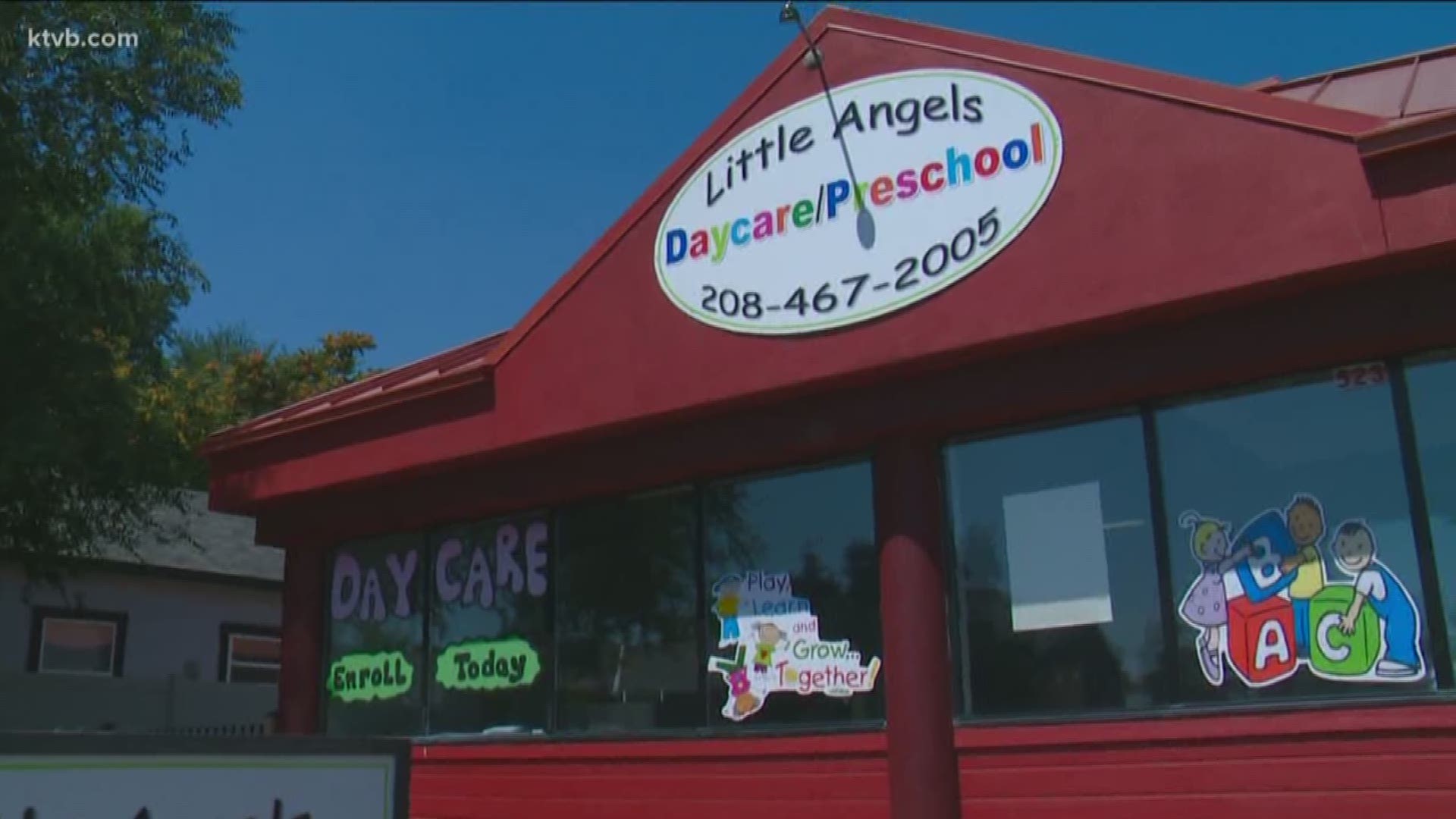 NAMPA — Little Angels Daycare in Nampa is possibly in big trouble after losing its license to operate.

"This is very rare, this is very rare, and we understand mistakes happen but this was just a really egregious mistake and we cannot allow them to continue participation," says Aubrie McArthur.

Aubrie McArthur, with the Idaho Department of Health and Welfare, is referring to participation in Idaho's Child Care Program, which subsidizes daycare for low-income families.

McArthur oversees ICCP and says in addition to losing its license, the child care center's agreement with the department has been terminated for at least five years.

"The provider had 35 children participating in the Idaho Child Care Program, that affects about 19 families," says McArthur.

All of those families will now have to find new child care because according to a police report, staff left a three-year-old behind at Lakeview Park last Friday.

"The police report disclosed that the provider transported between 12 and 15 children," says McArthur.

According to a health and safety inspection, daycare owner and operator Angelina Diordyuk wasn't even allowed to be transporting children in the first place.

And the report filed by Nampa Police also claims she didn't take a head count before heading to the park.

After staff and the kids left, the forgotten toddler reportedly wandered around the area for more than an hour, which is near a busy roadway and contains a duck pond and water play area.

"Then a mom encountered the child and helped the child seek her family, when she was unable to do that she contacted law enforcement who intervened," says McArthur.

The police officer who responded snapped a picture of the child and posted it on Facebook asking who the child belonged to.

Police say it wasn't until then that staff realized their terrible mistake.

"According to the report that we received, staff were preparing the children for nap time when another staff member noticed that the child's picture was on Facebook as a missing child," says McArthur.

KTVB attempted to contact Diordyuk at the daycare but no one was there.

When looking for a daycare, families can always check out this website to review facilities, complaints and health and safety inspections.