The driver managed to get his car into open space to prevent other vehicles from catching fire. 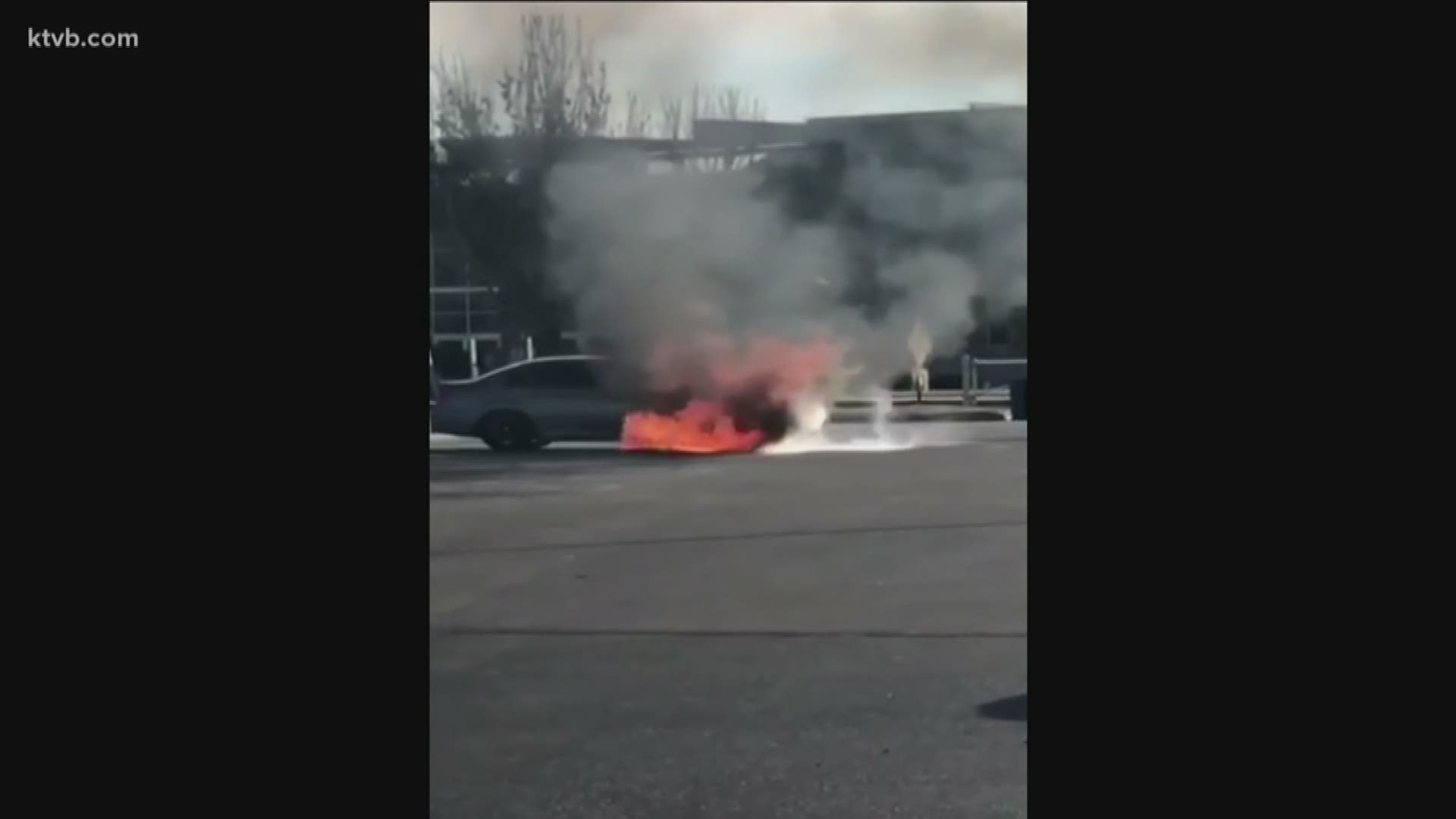 MERIDIAN, Idaho — It was a chaotic scene at a Meridian high school earlier this week when a car caught fire on school grounds.

Meridian Fire tells us the driver of the BMW first noticed the car was smoking once he pulled into the student parking lot at Mountain View High School.

The driver, Usman Takhsilov, then drove his car into open space to prevent other vehicles from catching fire.

The cause of the fire remains under investigation. No one was injured.