The agriculture industry-backed bill allows the state to hire private contractors to cut the wolf population from about 1,500 to 150. 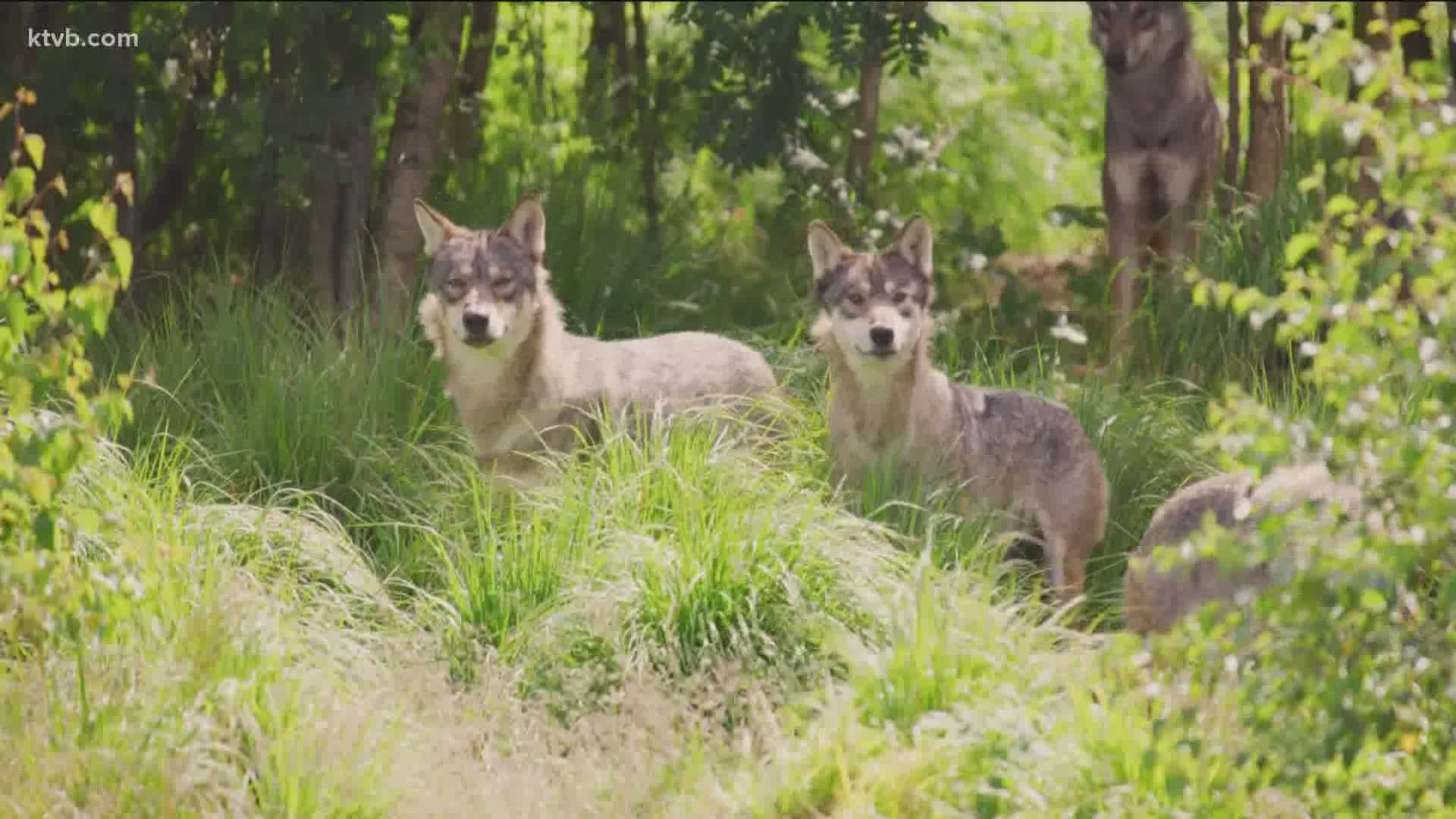 BOISE, Idaho — Legislation that could lead to killing up to 90% of the wolves in Idaho continued its speedy trip through the Statehouse on Tuesday.

The bill introduced just a week ago, passed the Idaho House 58-11 after already sailing through the Senate. It now heads to the governor's desk.

The agriculture industry-backed bill allows the state to hire private contractors to cut the wolf population from about 1,500 to 150. It also allows the use of night-vision equipment to kill wolves as well as hunting from snowmobiles and all-terrain vehicles, among other changes.

Backers say there are too many wolves and they're attacking cattle and sheep, costing ranchers hundreds of thousands of dollars. They also said they are reducing elk and deer populations and taking away opportunities for hunters.

The Idaho Fish and Game Commission, which manages the state's wildlife, voted to oppose the measure. The commission, while noting it also wanted to reduce the wolf population, cited concerns that the proposed law would override certain commission decisions.

Opponents said the legislation threatens a 2002 wolf management plan involving the federal government that could ultimately lead to the U.S. Fish and Wildlife Service taking back control of managing the state's wolves. Opponents also contend that Idaho residents want the Fish and Game Commission to decide wildlife policy, not lawmakers.

The 2002 plan calls for at least 150 wolves and 15 packs in Idaho. Republican Sen. Van Burtenshaw, the bill's sponsor, has said the state is allowed to increase the killing of wolves to reach that level. If the wolf population falls below 150, the killing of wolves would have to be reduced.

Also according to the plan, if Idaho's wolf population fell to 100, there's a possibility the U.S. Fish and Wildlife Service could resume management of its wolf population. The 2002 document says wolf management could revert to what was in place when wolves were listed under the federal Endangered Species Act.

Idaho Department of Fish and Game reported in February that the wolf population has been holding at about 1,500 the past two years. The numbers were derived by using remote cameras and other methods.

About 500 wolves have been killed in the state in each of the last two years by hunters, trappers and wolf-control measures carried out by state and federal authorities.

Amanda Wight, program manager of wildlife protection for the Humane Society of the United States released this statement Tuesday:

"Governor Little has a duty to protect Idaho's ecosystem and wildlife tourism economy - both of which desperately need wolves. Science, ethics and the Governor's own Fish and Game Commission's position all indicate without a doubt that Gov. Little must veto this bill, which puts an estimated 83-90% of Idaho's wolf population in the crosshairs of trophy hunters, trappers and private contractors using the cruelest methods imaginable. America's wolf families do not deserve to be barbarically gunned down in their dens, shot from helicopters and airplanes, or strangled in snares—all methods this bill allows. We cannot allow hate to win."

A primary change in the new law is the hiring of private contractors to kill wolves. The legislation includes increasing the amount of money the Idaho Department of Fish and Game sends to the Idaho Wolf Depredation Control board from $110,000 to $300,000. The board, created in 2014, is an agency within the governor's office that manages state money it receives to kill wolves.

Other changes in the legislation include removing any limit on the number of wolf tags issued to a hunter, meaning there would be no restriction on how many wolves one person is allowed to kill. Wolves, though, have proved difficult to find and kill for the vast majority of hunters and trappers.

The legislation also combines a hunting tag with a trapping and snaring tag, meaning only one tag is needed for those combined methods. Wolf trapping would be allowed year-round on private land.

In addition, the legislation makes changes to allow hunting wolves with ATVs and snowmobiles and other methods allowed for animals classified as predators, such as coyotes. Also, state agencies outside of Idaho would be allowed to kill wolves in Idaho.