Jonathan Eldredge owns Middleton Fitness Center and despite his business being deemed non-essential by the governor, Eldredge reopened his gym anyways. 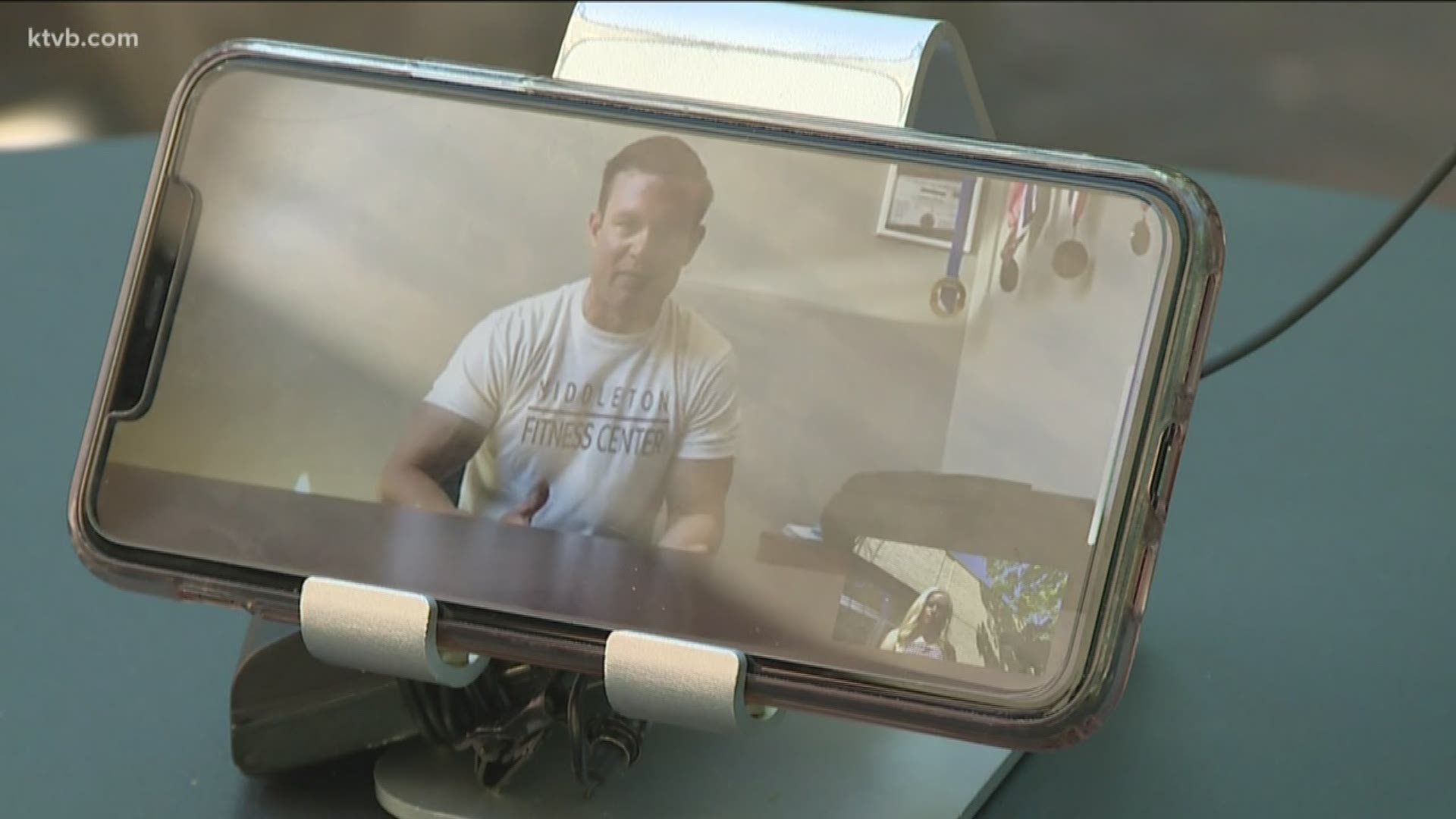 BOISE, Idaho — It has been nearly a month since Governor Brad little ordered all non-essential businesses to close in an effort to slow the spread of coronavirus.

Jonathan Eldredge owns Middleton Fitness Center in Middleton and despite his business being deemed non-essential by the governor, Eldredge reopened his business anyways.

KTVB's Gretchen Parsons spoke with Eldredge on a FaceTime call about why he chose to reopen and defy the state's order that is meant to help lessen the spread of COVID-19.

Gretchen: Middleton Fitness Center closed when the governor put his, you know, stay at home order in place, and then now you guys are reopened. Why did you reopen, and did you get permission?

Jonathan Eldredge: You know, obviously we have received permission, you know, the governor has given us no metrics or no measurement of when we would be able to be open. It's just been a slippery slope that we've seen on basically assaults on people's liberties and freedoms to do so.

(When Gov. Brad Little extended the stay at home order until the end of April, he stated that some businesses could reopen if they followed social distancing guidelines. Businesses like gyms and salons are required to stay closed until the order is lifted or ends.)

Gretchen: Talk about the reasons why you think it's important for your gym to be open?

Jonathan Eldredge: You know whether I'm a gym or a hair salon or I'm a grocery store or anything, I think it's important that people have the freedom and liberty to do the things that they would like to do. The government is dictating, who is essential and who is not a essential so that is a little bit of a slippery slope and, you know, to be honest it's kind of scary.

(Idaho Attorney General Lawrence Wasden found that Gov. Little's stay at home order is constitutional as Idaho code gives the governor the power during a declared state of emergency to restrict the movement of people and access to businesses.)

Gretchen: You guys were putting in some sanitary precautions and making sure people are following social distancing rules by how many people you're letting in, talk about that.

Jonathan Eldredge: We will be limiting how many people can come in, you know, we're a small local gym, doesn't really get overly busy. We are providing masks for anybody that they would like them, we're asking everybody to, you know, wash their hands and or sanitize their hands when they enter. We have hand sanitizer all around the gym, our equipment is spaced out further.

Gretchen: Have you spoken with any health experts on what they think of the idea?

Jonathan Eldredge: We have several members of our facility, that are doctors or nurses and things like that, they support us. I don't see how my facility with me here every hour is going to be any more dirty or risky than going to the grocery store or the liquor store and or many other places.

Gretchen: Are you afraid of maybe after the word gets out or after this airs that the governor's office or law enforcement may shut you down?

Jonathan Eldredge: I think and feel and hold that our local leaders are more in a position to uphold the Constitution and be on the side of personal liberties and freedoms.

(According to the Idaho Attorney General's FAQ on the stay at home order, violating it could be a misdemeanor and businesses can argue for an exemption in order to reopen.)