A motorcyclist found Kiana Crum and her dog walking in the woods above Mirror Lake on Thursday, according to the Bonner County Sheriff's Office. 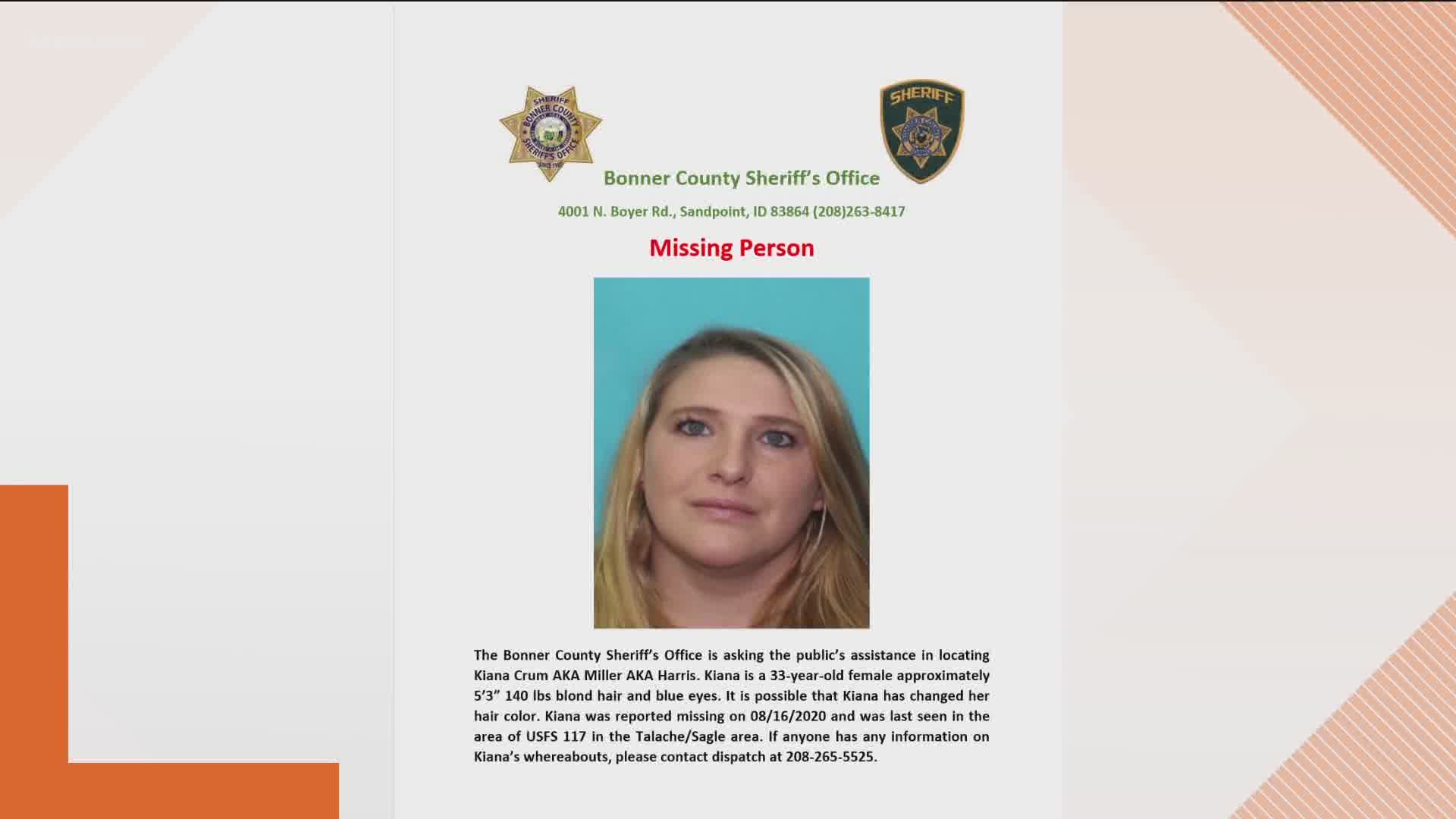 BONNER COUNTY, Idaho — A motorcyclist found a woman and her dog alive in Bonner County on Thursday nearly one week after the pair had become lost in the woods.

The Bonner County Sheriff’s Office sent out an alert via Facebook about Kiana Crum's disappearance on Thursday afternoon. Deputies said she was reported missing on Sunday, Aug. 16 and was last seen in the area of USFS 117 in the Telache/Sagle area.

The sheriff's office later posted that a motorcyclist found Crum and her dog walking on state lands in the woods above Mirror Lake at about 7 p.m. on Thursday. She was exhausted, dehydrated, hungry and in poor health, authorities said.

Crum was taken to Bonner General Hospital and reunited with her family on Thursday. She told family members and detectives that she had walked away from her parked car on Friday, Aug. 14, and became lost and disoriented.

Deputies said Crum’s family is expressing gratitude for everyone who helped search for her over the past six days and for all the continued prayers for her safe return.