"I guess she wanted a better seat for tonight’s game," the 92-year-old's family posted. 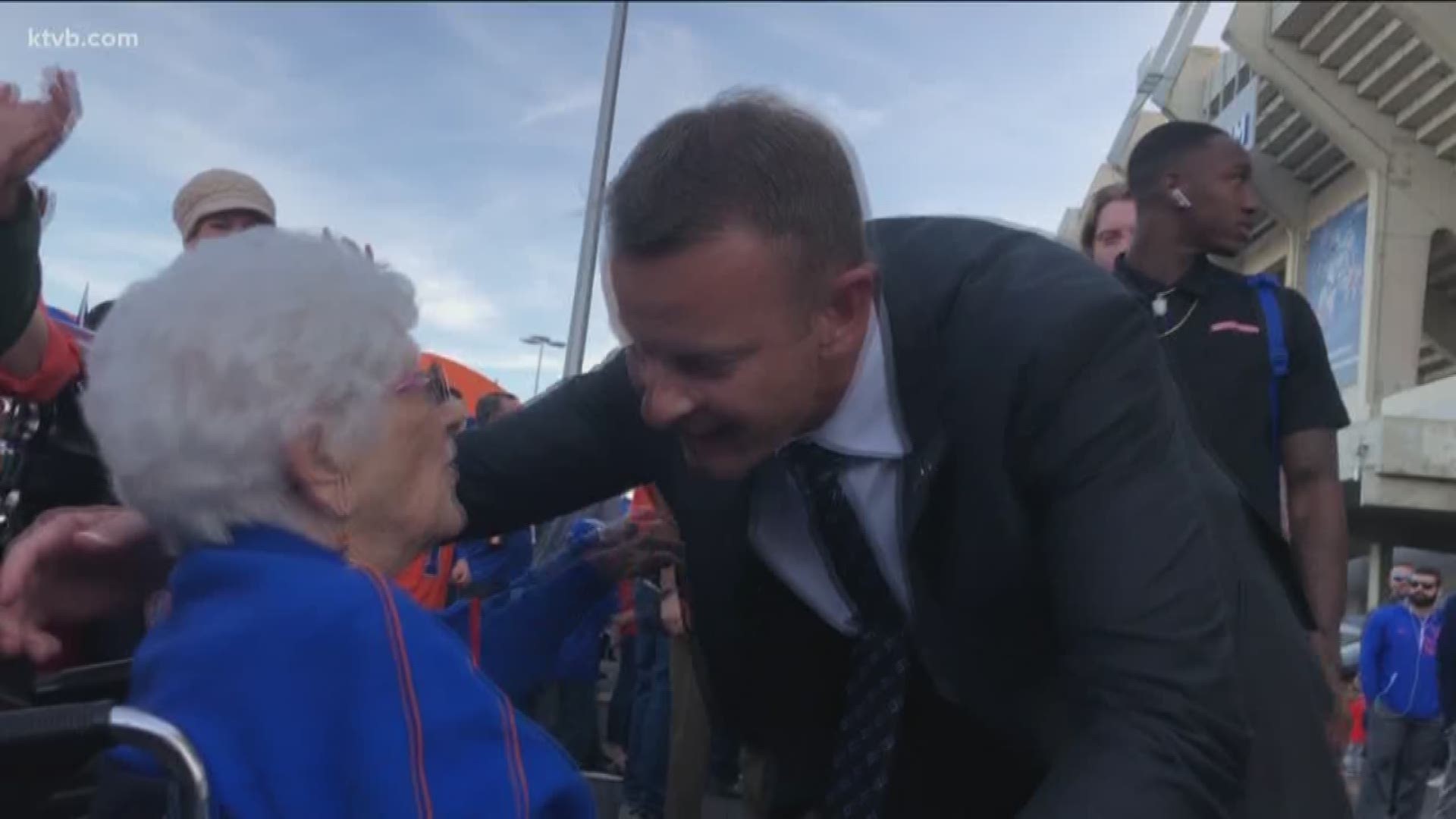 BOISE, Idaho — Note: The video above is from a 2019 7's Hero story about Bernice Thomson's love of Boise State.

A Boise State football superfan died Thursday morning, hours before the team she loved so much was set for kickoff in Orlando.

Bernice was a staple at Boise State, never missing a game on the blue turf. She was regularly posted up at her family's tailgate spot outside of Albertsons Stadium, where she would cheer on and high-five the players and coaches during the Bronco Walk.

She had a special connection with former head coach Bryan Harsin, who referred to the nonagenarian as his "good-luck charm" for games.

"We are saddened to hear of the passing of Bernice. Our prayers and thoughts are with her family. She will be greatly missed!" Harsin told KTVB in a joint statement with his wife Kes Harsin. "I am grateful to have gotten to know her and bring her some Boise State happiness during those times,  and she was also my good luck charm! She is an amazing woman and a true Bronco fan! We know she will always be cheering from the other side! Once a Bronco, always a Bronco!!"

1 / 6
KTVB
Coach Bryan Harsin always stops along The Bronco Walk to say hello to 90-year-old super fan Bernice Thomson. It's a special connection for Thomson, who has been coming to Boise State games for over fifty years.

Bernice told KTVB she had been a fan of the team since the 1960's, and that four of her children graduated from Boise State.

Her family wrote in a Facebook post that Bernice had been hospitalized for surgical heart repair when doctors discovered her heart "was in worse condition than initially anticipated." She would have only a couple of days to live, they told her.

Bernice had only a few things she wanted to do: Visit a niece from Rupert, return to her cabin in Garden Valley, see Yellowstone National Park - and watch her Broncos play one last time.

Her family was able to arrange the cabin trip and visit from her niece. Thursday's game against the University of Central Florida Golden Knights was just ahead.

But Bernice passed away Thursday morning at about 4 a.m., her family says.

Her daughter-in-law shared a video of the 92-year-old propped up in bed, wearing a bright blue Boise State shirt, with an orange Boise State blanket draped over her lap. Despite her oxygen tube, Bernice had one last message for her team.