His exact cause of death has not been released, but police say none of his injuries were consistent with being injured with a weapon. 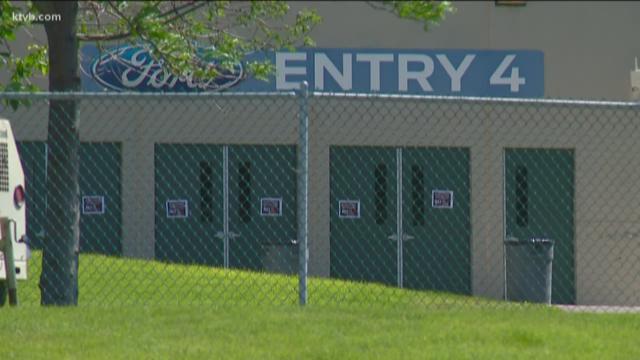 NAMPA -- A 24-year-old Boise man died after getting into a fight at the Ford Idaho Center in Nampa.

The fight happened at about 2:15 a.m. Saturday during a dance event featuring the Mexican band Los Tucanes De Tijuana.

Police say officers working the event tried to break up the fistfight between 24-year-old Pedro A. Fernandez-Ramirez and another man. The second man refused to follow the officers' commands, police say, and was shot with a Taser.

Fernandez-Ramirez - who was not Tased - was taken by ambulance to a Boise hospital, where he died from his injuries. His exact cause of death has not been released, but police say none of his wounds were consistent with being injured with a weapon.

The other man was treated at the scene, then taken to the Nampa Police Department to be interviewed. He was released after the interview, and no charges have been filed, police say.

The investigation is ongoing, and the Canyon County Prosecutor's Office will ultimately decide whether to charge the surviving man. Police say investigators have received conflicting information from witnesses about which man was the aggressor in the fight.