The discovery marks the sixth rabid bat found in Idaho this season, and the first so far in the Treasure Valley. 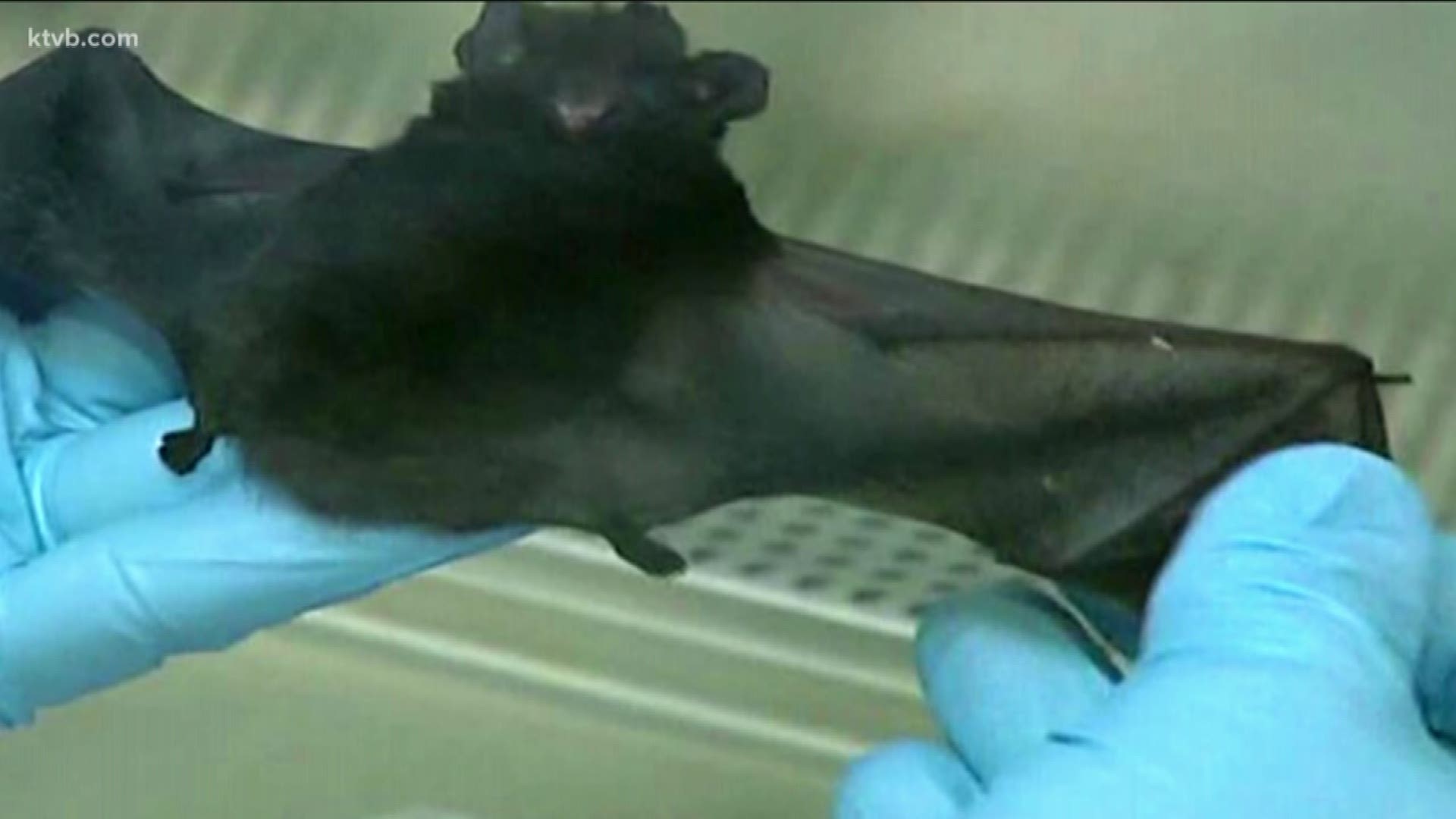 MERIDIAN, Idaho — A bat found in the backyard of a Meridian home has tested positive for rabies, according to Central District Health.

The discovery marks the sixth rabid bat found in Idaho this season, and the first so far in the Treasure Valley.

Health officials say no humans touched the sick bat, but a dog may have had contact with it. The dog was given a rabies booster shot as a precaution.

Rabies infection is fatal in virtually 100 percent of cases, for both people and animals. Health officials are warning everyone to avoid contact with bats, because the animals can be carriers of the virus.

"Well this is really the season, the time of year that we start seeing bat activity," CDHD spokesperson Christine Myron said. "We just want people to take proper precautions. And have conversations with their kids to not interact with any sort of wildlife - Bats or racoons or anything they might encounter."

According to Central District Health Department, the other five rabid bats found in Idaho so far in 2019 were found in Bingham, Custer, Twin Falls, Bonneville and Lemhi counties.

Rabid bats are typically reported between March and November, although the number of calls about potential bat exposure tends to jump up in late August and September when Idaho bats are migrating.

Last year, a total of 12 rabid bats were recorded four of which were found in Ada County.

Rabies can be transmitted to people through bites, but the health district says that even waking up in a room where a bat is present, without having a clear idea of the bat's behavior during the night, can put people and pets at risk.

Although most bats do not carry rabies, they should never be handled with bare hands. Anyone who comes into contact with a bat should seek medical attention.

If possible, a bat found in an area where it could have exposed people and pets should be captured and saved in a container so the health department can test it for rabies.

Click here for a video on how to safely catch a bat.

Medical therapy given to people soon after a possible rabies exposure is extremely effective in preventing the disease. Once the infection takes hold, however, rabies is incurable and kills almost every person and animal who contracts it.

Pets, including horses, should always be vaccinated for rabies. Residents are also urged to bat-proof homes and cabins by plugging up holes in the siding and making sure all screens are tight-fitting.

According to the health district, bats can squeeze through holes the size of a quarter.