With the warmer weather and rain we've been seeing in recent weeks, flooding has been a real problem for many in our area including in Twin Falls County. 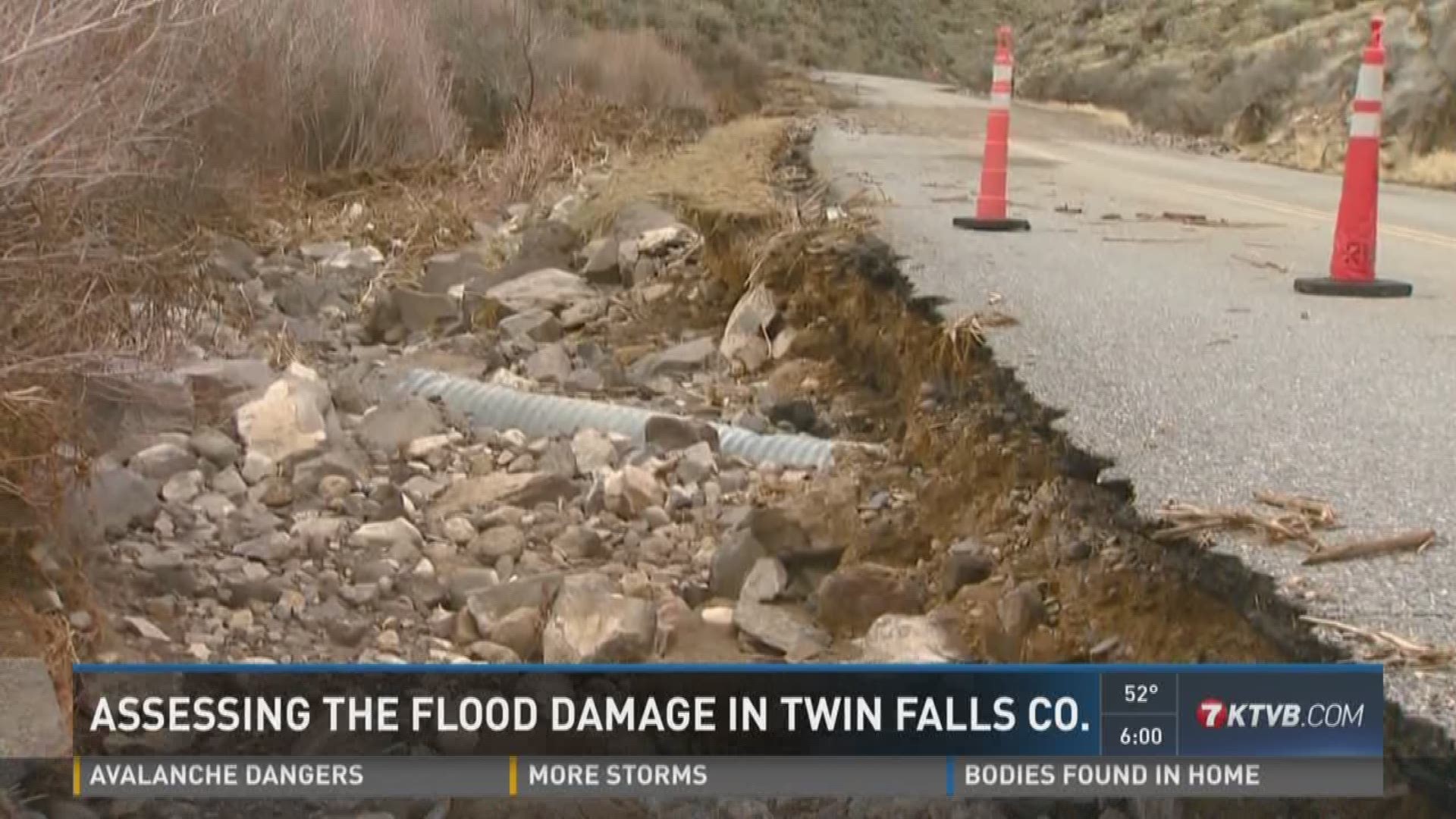 With the warmer weather and rain we've been seeing in recent weeks, flooding has been a real problem for many in our area including in Twin Falls County.

Melting snow flooded a large part of the county earlier this month, prompting a disaster declaration from the governor's office.

Now that the flood waters have receded the damage has become visible. It's flooded basements, it’s ruined fields, and it's completely washed out roads in the county, which is having a huge impact here in the agricultural community.

Nearly two weeks after flood waters rushed through farmers’ fields and over roadways, the after-effects are still very much visible.

"We have some huge erosion issues. We've come collapse in some of the roads," said Jackie Frey, emergency management coordinator.

"The grade is closed because we've had such huge, severe run-off and rock slides," said Frey.

The Balance Rock closure has had a big impact on ranchers like Mike Guerry because it's one of the only ways through the canyon.

That’s creating extra challenges for Guerry to care for his nearly 2,000 head of sheep and thousand head of cattle.

"It increased our cost obviously and just our timing of getting there," he said.

Debris can be seen in Deep Creek as the flooding has completely washed away the road, creating about a 50-foot hole.

Roger and Ruth Clark live on the corner and now have to drive nearly 30 miles to get home from Buhl, as the collapse has left only one way in.

"We now live at the end of the road,” said Roger Clark.

Which does cause some concern for the couple.

Frey says the county is working as hard as they can to repair all that was damaged by the flooding, but in the meantime is asking people to have patience and obey the road closed signs.

"While we know it's an inconvenience for the ranchers or farmers or individuals, we really want to stress the importance of their safety, and that's the bottom line," said Frey.