Chief Deputy Scott Johnson will take over as acting sheriff until a new sheriff is appointed. 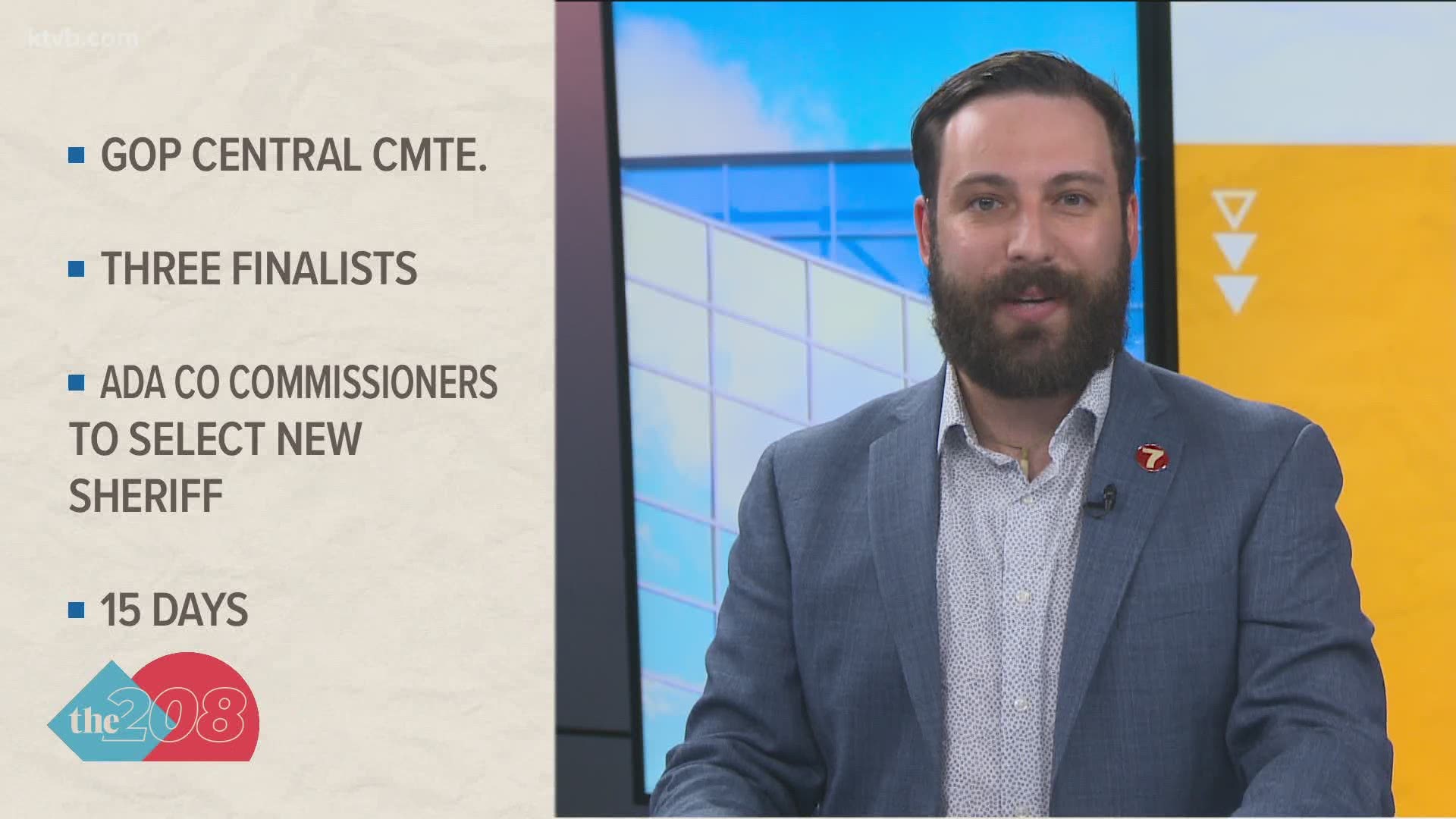 BOISE, Idaho — Sheriff Steve Bartlett will be stepping down from his role heading the Ada County Sheriff's Office.

Bartlett announced his retirement Monday in an email to sheriff's office employees.

"It has been an absolute privilege to serve you and this incredible community," he wrote. "You are great people and I have loved every minute of being your sheriff."

Chief Deputy Scott Johnson will take over as acting sheriff until a new sheriff is appointed.

Typically in Idaho, a county sheriff is an elected position. However, because Bartlett is leaving before his term is finished, the Ada County Commissioners will appoint someone to serve in that role.

Bartlett was himself appointed to the sheriff's position in 2015 following the retirement of then-sheriff Gary Raney. Bartlett has been with the sheriff's office since 2003, rising to the rank of captain before being named sheriff.

Bartlett, who ran successfully for re-election in the November 2020 general election, did not give an explicit reason for leaving office early.

"I have to attend to a couple personal items and scheduling in my life and am looking forward to that very much," he wrote in his email. "Stay safe and enjoy the journey."

The Ada County Board of Commissioners says that because Bartlett ran and won as a Republican, the Ada County Republican Party will get to submit three names of a possible replacement.  Once that happens, the Board will have fifteen days to make a selection.

"While the entire Board was surprised by Steve's unexpected announcement on Memorial Day, we have a duty to fulfill our constitutional obligations by selecting the strongest, and most qualified candidate submitted by the Republican Central Committee," said Ada County Commission Board Chair Rod Beck.

"We look forward to selecting a candidate with a strong criminal justice background," said Ada County Commissioner Ryan Davidson. "We hope to choose an individual with a commitment to civil rights and community policing, and we are confident we will have an excellent group of candidates from which to choose."