After five years of work, a Caldwell team restored the Dottie Mae, a WWII-era fighter plane, to its original glory. 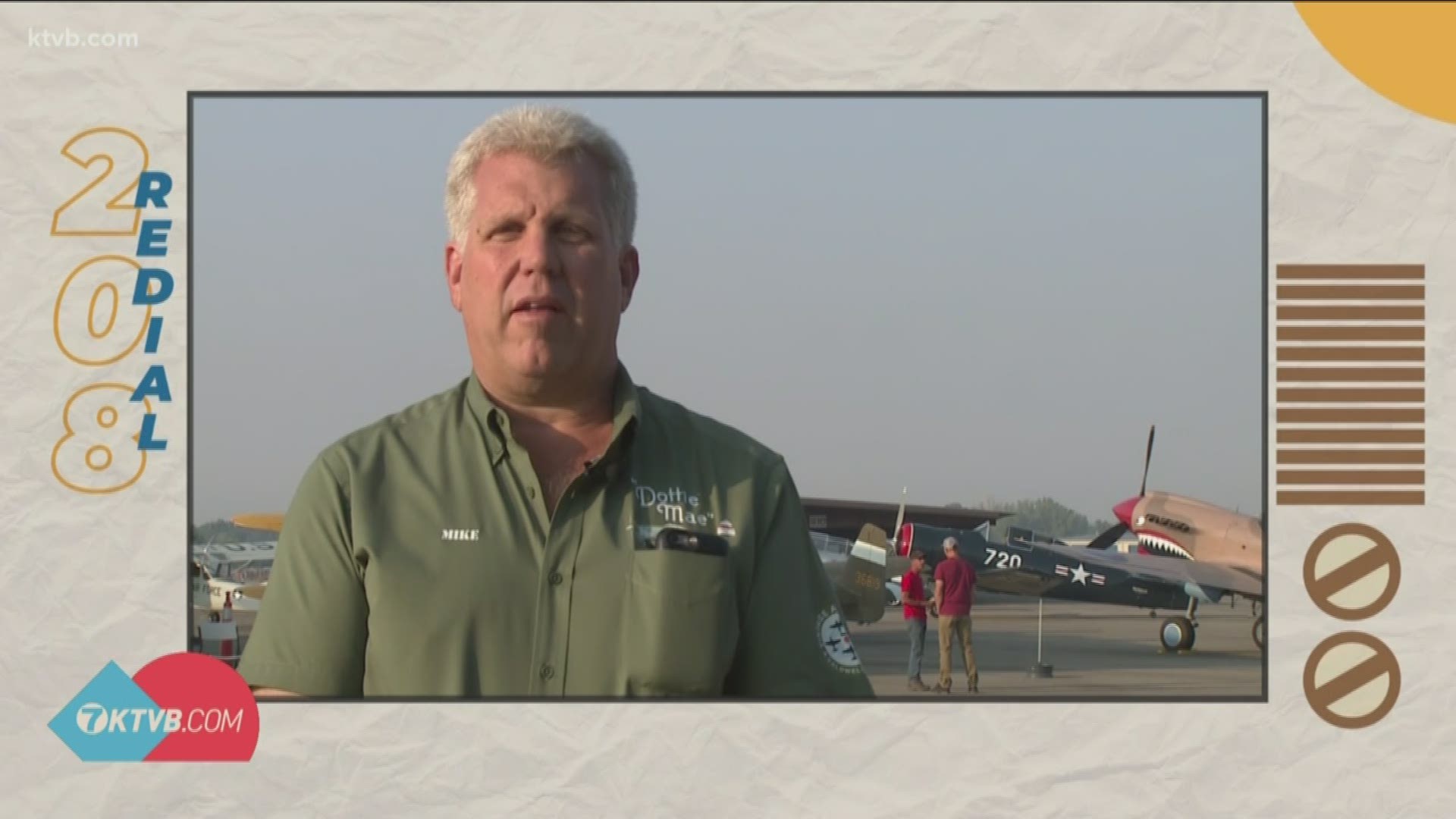 In August of 2017, the Warhawk Air Museum in Nampa hosted its annual Warbird Roundup. Part of that event involved the unveiling of the newly restored World War II plane Dottie Mae.

After spending over 60 years in an Austrian lake, the Dottie Mae P47 Thunderbolt was recovered in 2005. As one of the war's most iconic planes, the recovery of the Dottie Mae was highly celebrated.

After a few years, a California investor decided he wanted to fully restore the plane. In 2008 he sent it to Vintage Air Frames in Caldwell.

Mike Breshears, the owner of Vintage Air Frames, said he knew the restoration of the Dottie Mae was going to be a tough project. In the first part of the restoration project, he and his crew started simply by cleaning off decades of debris with a household item.

"Cleaning the calcium off the skins we used just household vinegar," said Breshears.

After a few days, the vinegar wash did its magic. The stage was set for the next five years of work. “Every day we would take a part off the airplane and restored a part," he said.

About 55% of the original plane made it through the entire process. The parts that didn't were recreated from scratch by Mike and his team. After 52,000 hours of work, the plane looked good as new.

"We were proud to dedicate it to the veterans that we still have with us that actually flew the airplane," Breshears said.

Veterans that will now get to see the plane for the first time since World War II.

Larry Kuhl was one of the original pilots of the Dottie Mae.

"They put that paint on for me shortly after I was assigned to the airplane," said Kuhl.

"It was an easy airplane to fly, good wide gear, it was easy to handle," said Kuhl.

Leonard Hitchman was one of the plane's original armorers.

"She was a wonderful part of the war effort at the time," Hitchman explained.

For Leonard and Larry, the Dottie Mae brings back memories they haven't talked about in years. That of course includes the story of how another pilot had the misfortune of losing control and crashing the Dottie Mae.

"I asked him what that felt like and he said, you see that brick wall over there? Run into it as fast as you can," said Kuhl.

Seventy-two years later though, Larry's final memory of the Dottie Mae is about to change. Once again new, and once again in the air.

After a brief flight, the Dottie Mae returns to the hangar where both young and old learn about heroes like Larry and Leonard who flew the plane.

Kuhl said after everything, his story is simple.

"I was a farm boy in northern Ohio and got lucky to get to be in the war and get to fly high-performance airplanes," said Kuhl.