What is the 'Christmas Star'?

A planetary science doctor from the University of Idaho explains how the 'Christmas Star' phenomenon occurring on Monday night got its name. 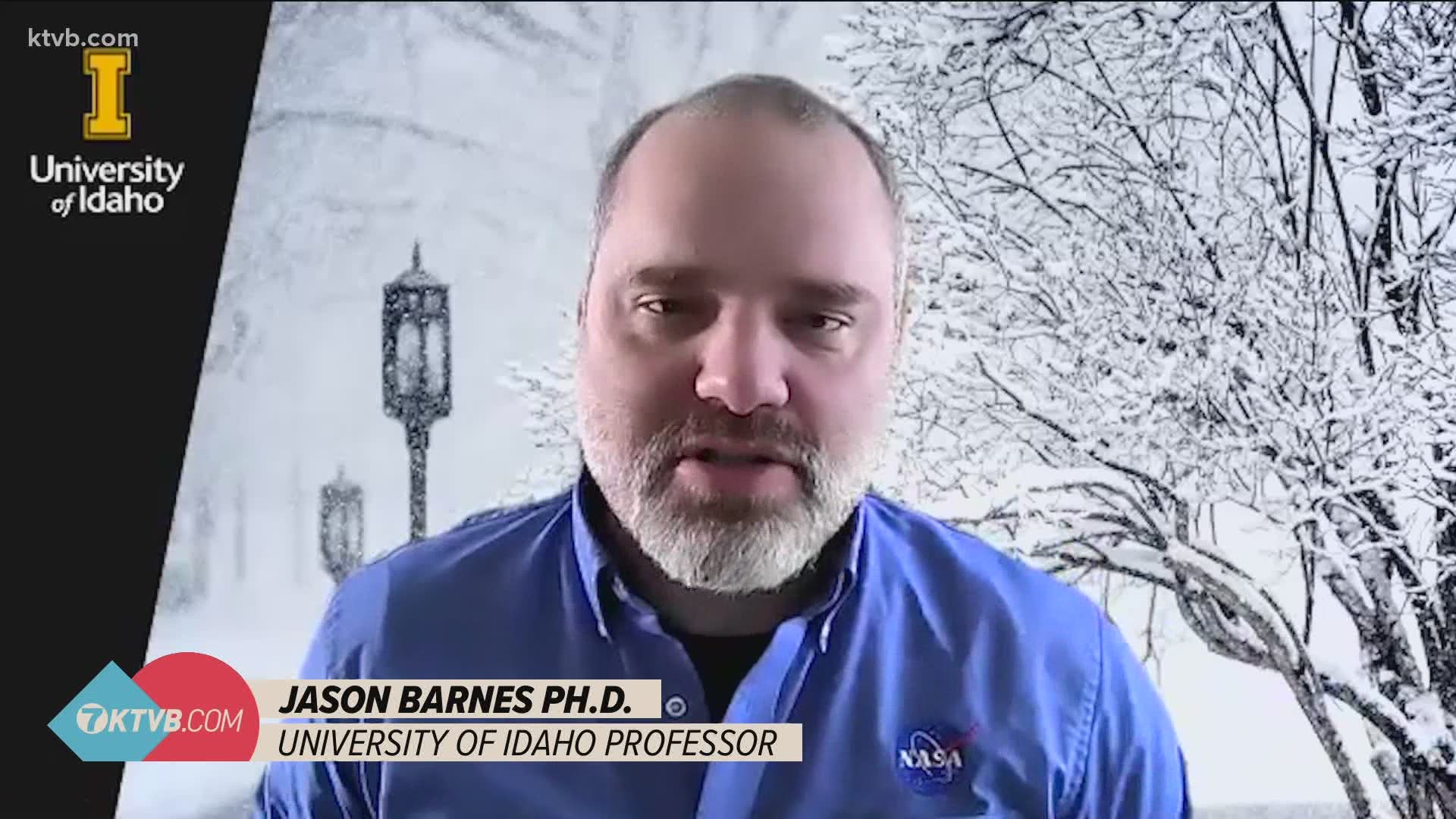 BOISE, Idaho — A celestial phenomenon 800 years in the making will shine over Idaho and the rest of the world Monday night.

Jupiter and Saturn will align on Dec. 21 to form what's known as the 'Great Conjunction.' The two planets will be so close in the night sky that they will appear as a single shining object, referred to also as the "Christmas star."

The "Christmas star" will appear in the southwest sky for the first hour after sunset, slated Monday for 5:11 p.m.

Monday also marks the first day of winter and the Winter Solstice - the shortest day of the entire year.

This phenomenon has been described as a "Christmas Star", but the only thing this has to do with Christmas is the timing of the event this year, according to Dr. Jason Barnes, who has a Ph.D. in planetary science.

It occurred near Christmas time nearly 2,000 years ago.

"The way the planets move, we know exactly where they were 2,000 years ago and it doesn't seem to be consistent with that," Barnes said. "I read today 'The event has been dubbed the Christmas star because the star of Bethlehem could have been a rare conjunction involving both Jupiter and Saturn,' not true."

These conjunctions occur every 20 years, according to Barnes. While they are not completely unusual, one that is close enough to be seen with a naked eye is.

This event happening on Monday night is expected to be a tenth of a degree near the Earth.

"One-tenth of a degree is about one-fifth the diameter of a full moon, so close that if you didn't have an updated glasses prescription, you probably wouldn't be able to split them apart," he explained. "They are so close together that there's some genuine concern that people are going to worry that this is a UFO or something, and rare and striking appearance in the sky."

400 years ago, Galileo was first tuning his telescope to the sky, and 800 years ago it was widely believed that the Earth was the center of the universe. This is another indication of hose rare and unusual this event is.

"If you look at it in a telescope, you'll be able to see Jupiter and Saturn both in the same field of view of your telescope which is wild. I've never done that, I'm a professional astronomer and that's never been true for me before," Barnes said. "You don't need a telescope if you're out looking toward the west."