This Day in History: Idaho man proposes including Panhandle as part of Washington State

Andrew Stringer of Walla Walla, Wash. penned a letter to the Spokesman-Review on March 30, 1921. He argued that Idaho's Panhandle should become part of Washington. 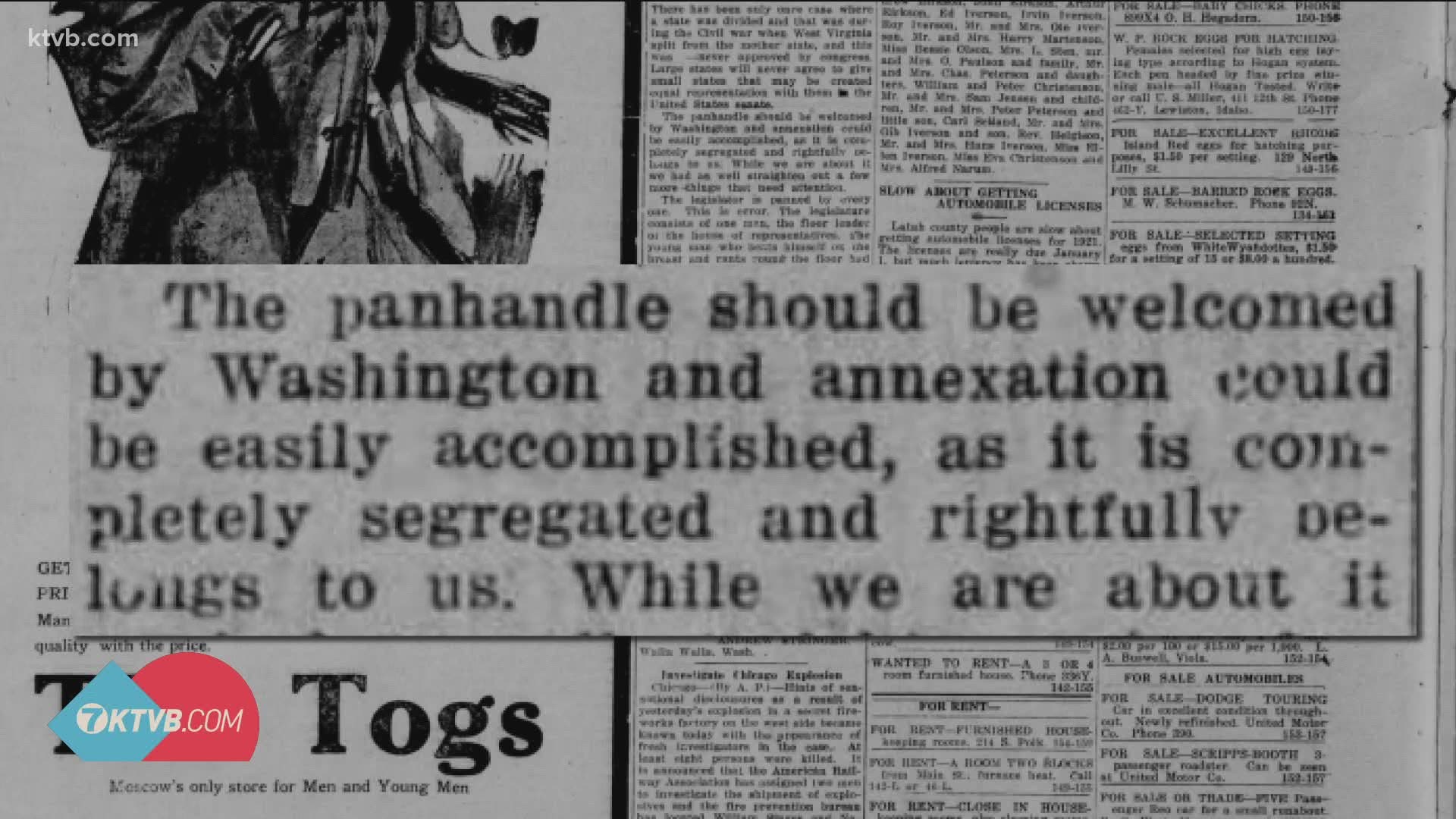 BOISE, Idaho — Group organizers of the "Greater Idaho" initiative, an initiative to include parts of Oregon and a small part of California in Idaho's territory to form a bigger state, are planning to testify at the Idaho Statehouse in April in hopes of getting this idea approved.

Idaho lawmakers left the Statehouse nearly two weeks ago for a brief recess due to an outbreak of COVID-19. They are expected to return on Monday to finish the session and address several bills and budgets that were not considered before the recess.

One of those bills involved the Greater Idaho initiative.

While group organizers plan to state their case for the expansion, it is unlikely to become a reality in the near future: state constitutions would need to change and federal approval would be needed first.

Two of the 29 counties in Oregon, Union and Jefferson, have already voted in favor of the move.

This idea of creating a "Greater Idaho" is not new, however. Before Idaho became a state, there was a consideration to include the Panhandle as part of Washington state. It ultimately did not happen, but the idea did not die there.

A man by the name of Andrew Stringer of Walla Walla, Wash. penned a letter to the Spokesman-Review on March 30, 1921. He argued that Idaho's Panhandle should become part of Washington or at least some version of it.

"The question of creating a new state is in our midst once more," Stringer wrote. "The last time the cry came from the west side when the vets were voted out. This time, the distress signal comes from the dear folks of Idaho."

Stringer claimed the eastern side of the state was not being heard at the Washington State Capitol. He proposed annexing the Idaho Panhandle and cutting the state of Washington into four imaginary parts to allow for equal representation.

"The Panhandle should be welcomed by Washington and annexation could easily be accomplished as it is completely segregated and rightfully belongs to us," he wrote.