The bar's owner said it is unfair that a city-owned golf course can be open during the pandemic while their bar can't be open. 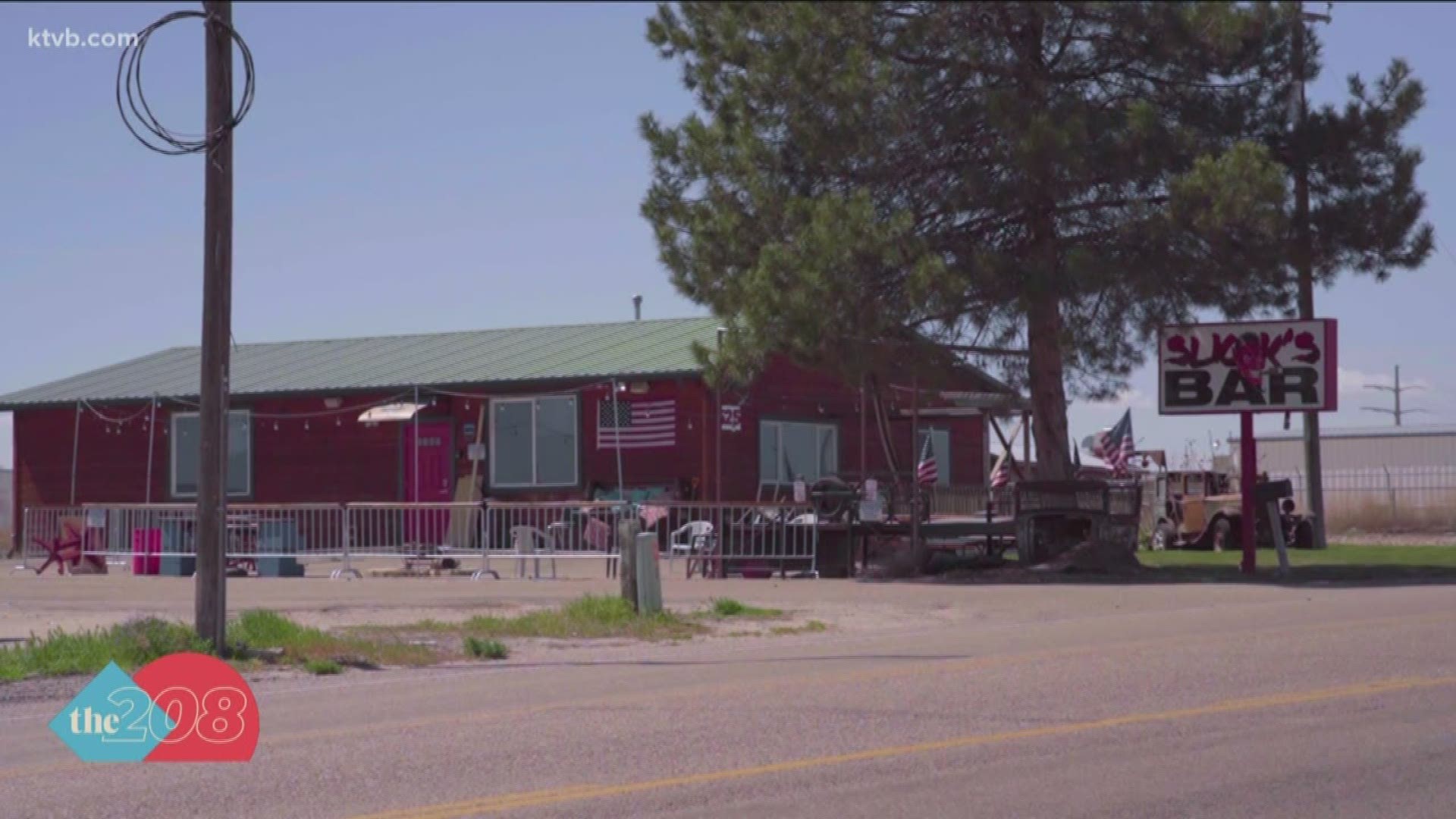 BOISE, Idaho — As most Idahoans continue to stay home in an effort to slow the spread of the coronavirus, elected officials and business owners are getting antsy to get back to work.

Idaho Lieutenant Governor Janice McGeachin sent a letter to Governor Brad Little, saying "Idahoans have been plagued with uncertainty and ambiguity for too long, and now we need decisions and dates on which we can rely."

McGeachin asked Gov. Little to open back up all businesses in Idaho by April 30. But some businesses aren't waiting until then for guidance on how to reopen.

Just this week, a gym in Middleton and now a bar in Nampa are trying to reopen, even against the governor's orders.

Sheila Sartorius, the owner of Slick's Bar, said she plans to open back up for business on Saturday, April 25. Sartorius said it's a matter of livelihood.

"We have put everything we have into this business," Sartorius said. "We are a small family business. I have a daughter that works for me. I have a son-in-law [that works] for me and also everybody else who also works there are friends of the family."

They posted a statement on the Facebook page on April 18.

Credit: KTVB
Slick's Bar in Nampa posted this to their Facebook page on April 18, saying they plan to open April 25, despite the governor's stay-at-home order for all non-essential businesses.

Slick's will start by selling drinks out of a catering truck in their outdoor beer garden.

"When you made the decision to reopen are you thinking of the death toll and the health care workers?" Kim Fields asked Sartorius.

"Before you called me, I reached out to one of my good friends who is a health care worker, she's a 30 year plus ER nurse that is planning on attending on Saturday," Sartorius said.

"When you look at the state of Idaho, these health care workers are being sent home early. They're not overworked and being run ragged like the media plays it out," she continued. "It's a media ploy in our minds. I mean, yes, I understand that people are dying, but this is being hyped up by the media that it's caused a hysteria.  And we believe that you live life out of fear, you stop living. This isn't us attacking humankind and not being sympathetic or having empathy for people who are coming down with this."

Last week, Sartorius said her family took part in the "Hear the Love" event last week, in which motorcyclists gathered at St. Luke's in Nampa and revved their engines in a show of support of healthcare workers.

"It was amazing to go out there, and you know I felt so grateful, the community that showed up out there, which was predominately the biker community, was hugging each other and laughing, and it felt normal," she recalled, "and I told my husband when we left there, it felt so good to just feel normal for a period of time. That is what these last few weeks have done to people, we're out of sorts."

So what about Governor Little's stay-at-home order? Sartorius said it's unfair to non-essential businesses.

"If you look at what the governor said the other day, there was reopening of non-essential businesses," she said, "I mean how is it that people can go to a publicly owned, a city-owned golf course and pay green fees and gather there, but I can't open up my business and expect people to conduct themselves in the same manner?"

We asked Gov. Little for comment, but he did not respond to for comment at the time that this article was published.

So can businesses actually get into trouble by violating the stay-at-home order? According to Idaho code, yes.

Those in violation can actually be charged with a misdemeanor. We asked several Treasure Valley police departments about if they would enforce the order and charge someone for violating it.

The Nampa Police Department did not respond to our question and inquires, while the Boise Police Department said they could seek charges if absolutely necessary. Meridian Police said their goal is to educate, but if a business refuses to comply, they added that they would work with the city attorney regarding the next steps in that situation.

This isn't the first bar to open during Idaho's stay-at-home order. The Kootenai County Sheriff's Office wrote on Facebook that deputies followed up with a report on that Captain's Wheel Bar in Bayview was open and serving drinks to patrons.

The owner told deputies she did not understand the order and thought she was allowed to serve drinks while patrons waited for their take-out orders.

It's not just bars and restaurants that are defying Idaho's stay-at-home order. A family in North Idaho was recently cited for repeatedly holding a yard sale, despite warnings from the Rathdrum Police Department.

Earlier this month, several people were cited by the Kootenai County Sheriff's Office after finding between 25 and 30 people at a late-night party.