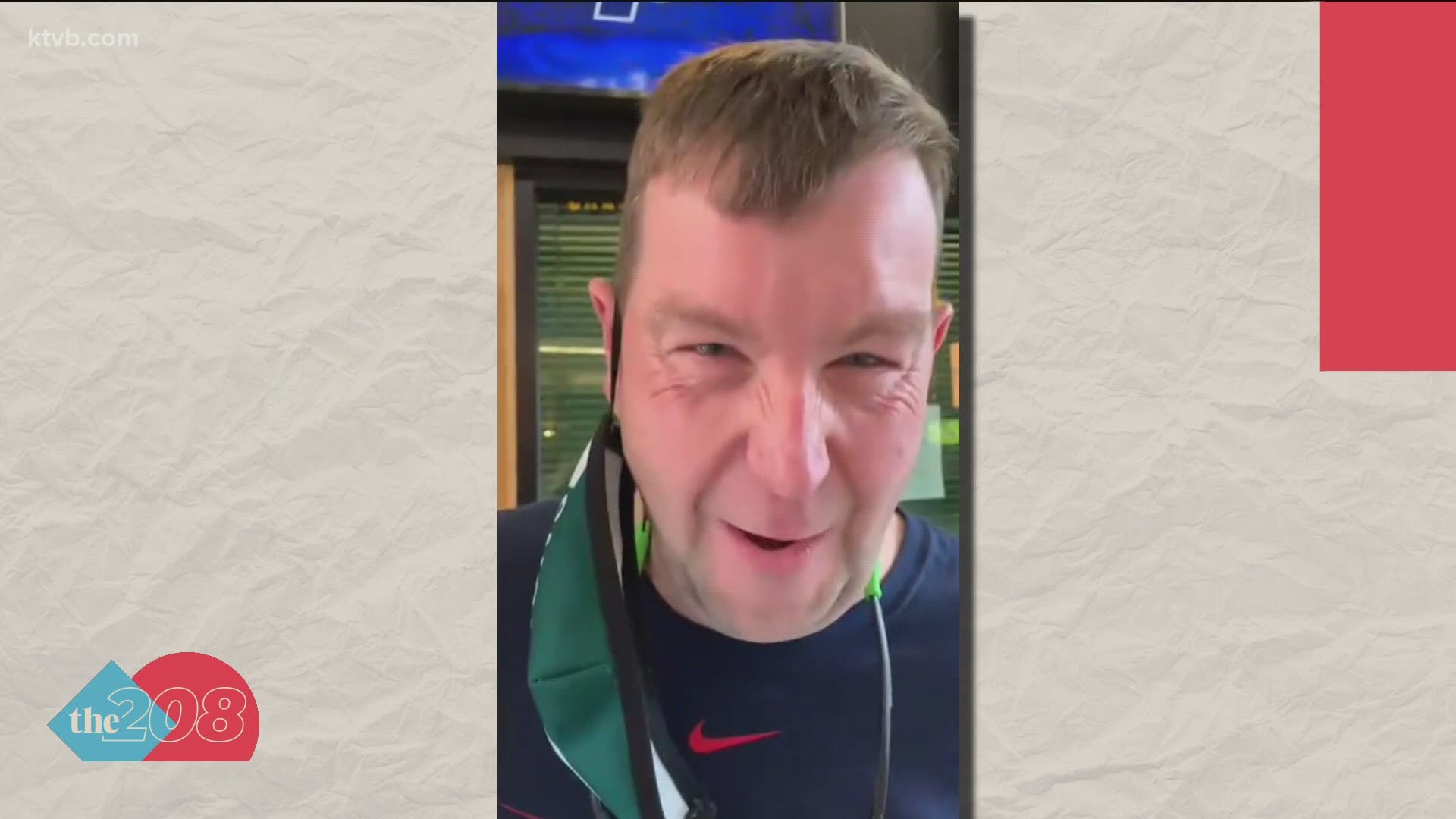 BOISE, Idaho — If you've been to a Boise State University sporting event or a football or basketball game at Borah High School, you've likely seen him. Jon Anderson has been a mainstay of the Boise sports scene for decades. With his endless kindness and an infinite number of sports questions, John has won the hearts of countless coaches, fans and members of the media.

Jon Anderson knows the schedules of many anchors and reporters at KTVB and calls like clockwork after the shows end with questions for the sports team and anyone who had a moment to spare. At games, he's likely walk up to someone and introduce himself and would soon become your friend.

He knows KTVB's sports team personally and they have been friends for years now.

With his connection with the sports reporters, including the Idaho Press and the Idaho Statesman, they all decided together to do something special for him while he was in Indianapolis visiting family this week.

They all pitched in and bought two tickets for him and his mom to Monday night's NCAA men's basketball championship between the Baylor Bears and the Gonzaga Bulldogs, his second favorite team behind the Boise State Broncos.

Watch the video above for the message sent to John.

Jon, the heart of the Boise sports scene and who has been to countless football and basketball games in the City of Trees, will now be attending what could possibly be the greatest NCAA men's basketball championship game when the undefeated Bulldogs take on the Bears.

His family shared a video of his reaction to finding out that he was going to the title game with KTVB Sports Director Jay Tust.

Tust said nine people helped out on making a special moment for Jon but countless others have along the way.