Court reporters take down the official record of legal proceedings. Without enough of them some fear there will be major issues. 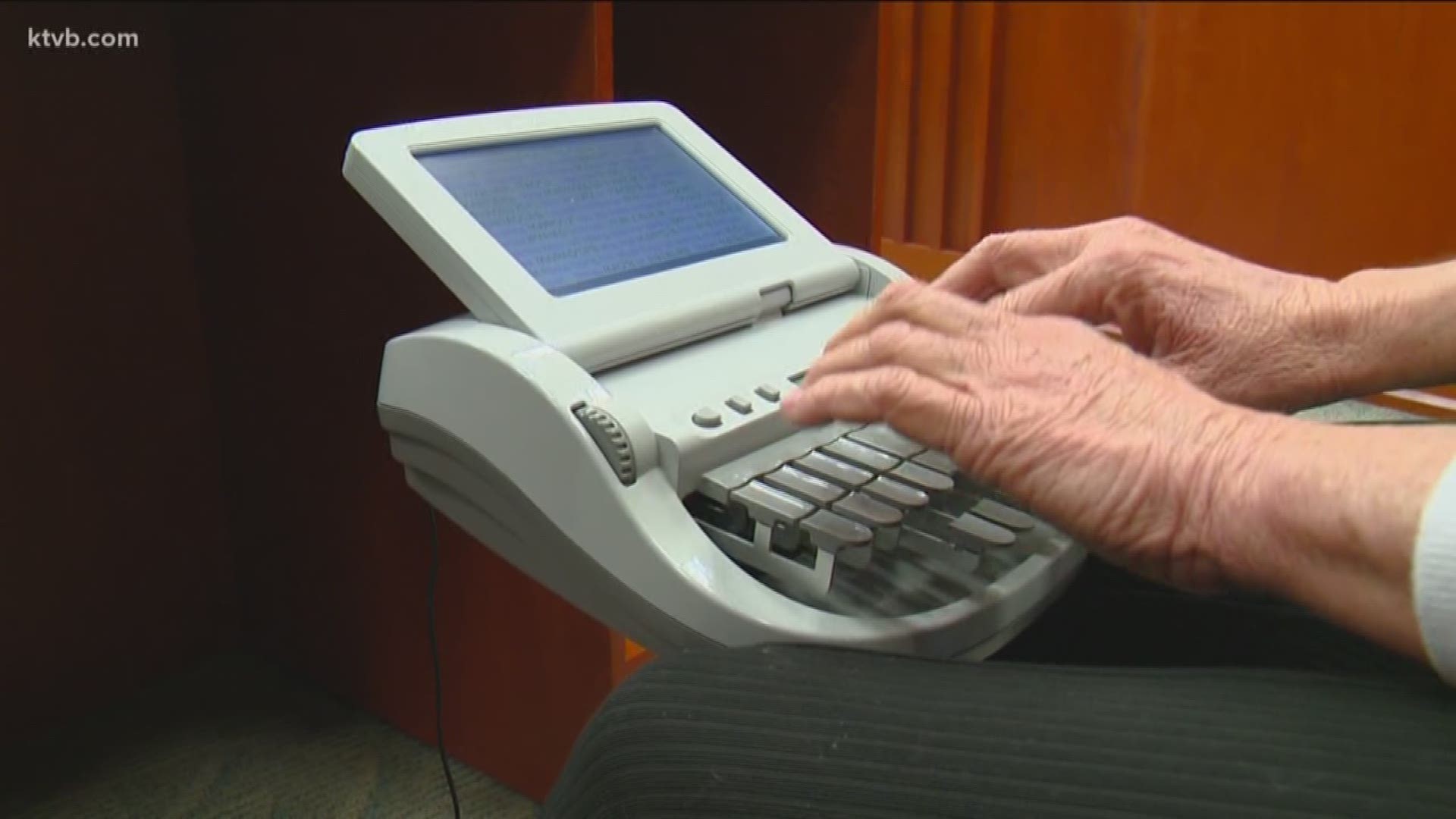 BOISE, Idaho — It may be easy to overlook, but there is a crucial part of the legal system that is facing shortages across the country right now.

Court reporters, the people that type down everything said in court for the official record.

Right now, nationwide there is a court reporter shortage of about 5,000 people.

In Idaho, that problem is starting to show as more court rooms are having trouble filling open positions.

Andrea Couch, president of the Idaho Court Reporters Association says as more court reporters are retiring, there could be major issues soon.

"We are the official record of what happened in that courtroom, without us, there is no record," said Couch.

She is one of many people trying to fix the problem before it gets worse.

"We have a severe shortage of court reporters currently in Idaho," Couch explained. "If we don't have anyone to keep the record, then legal proceedings cannot go on. It's very important to have a person there recording the proceedings."

"Legal situations, it's people's lives," Couch said. "If you don't have an accurate record of what is going on in the court room, it's very detrimental."

There are court rooms that have gone to technology to make up for the lack of court reporters, but that solution has flaws.

"There have been cases where courtrooms have gone digital, and have digital recordings and you have someone who forgot to hit record before we started, and they have had to redo an entire trial before, where someone's life is on the line," said Couch.

Idaho's shortage, Couch said, comes down do a few things.

"The majority of our official court reporters are reaching retirement age," She said. "So, in the next five to 10 years there very likely could be a mass exodus of court reporters in Idaho, and if we don't have new reporters to fill those positions, it really is going to affect the legal community very negatively in Idaho."

Another issue highlighted by some is the pay for court reporters in Idaho.

To fight that challenge, Idaho Administrative Director of the Courts, Sara Thomas, has asked the Idaho Legislature's Joint Finance Appropriations Committee for close to $350,000 in the State’s budget to boost salaries for its 45 state court reporter positions.

"Idaho is facing a critical lack of court reporters, it is unprecedented in Idaho and it is a persistent challenge," Thomas said to JFAC.

If those positions aren't filled and records aren't kept, Thomas explained to JFAC that there could be major consequences.

"That means if a record isn't kept and someone is convicted of a crime, that conviction will be vacated if there is not an adequate record for review," she said.

Couch says the solution is rooted in getting the word out to current students about the job, and the opportunities it can create.

"For students that are interested in school, it's a program that you can get in and out of in about two years. And when you get out of school in two years, you can start making $50-60 thousand dollars a year," Couch said.

If the proposed budget item goes through, state court reporters would see their pay go from an average of $53,400 to $58,700.

For those interested, The National Court Reporters Association has a free 6-week program to introduce the profession.

Project Steno also offers resources and scholarships for students interested in the profession.