Health officials urge people who visited the restaurant to check their immunization records. 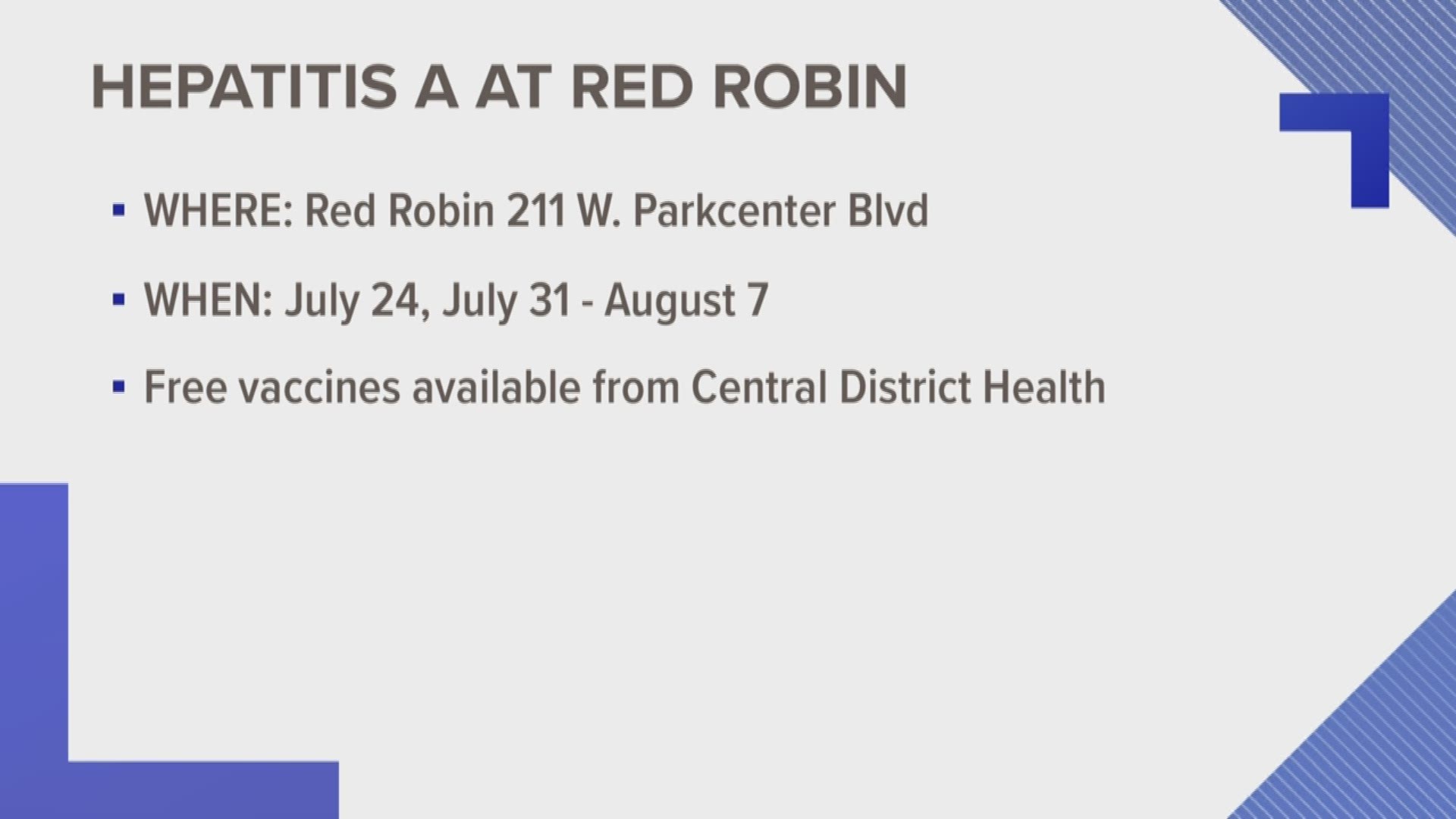 BOISE, Idaho — The Central District Health Department has confirmed a case of Hepatitis A in a food service worker at the Red Robin located at 211 W. Parkcenter Boulevard in Boise.

Health officials say the worker is the only Hepatitis A case in Idaho linked to the restaurant and that the employee worked during the time that they were contagious.

Anyone that ate at the restaurant on July 24 and July 31 to Aug. 7 should check their immunization records to see if they have received a Hepatitis A vaccine.

The chances of contracting Hepatitis A from a food service worker is low but people who are unsure of their vaccine status or haven't gotten one should think about getting vaccinated, according to health officials from CDHD.

Anyone who is at risk should be vaccinated within two weeks of exposure, officials say.

Symptoms of Hepatitis A typically appear within 28 days of exposure or with 15 to 50 days, according to health experts. Most people infected with it are contagious from two weeks before symptoms begin and one week afterward.

Symptoms include abdominal pain, dark urine, fever, yellowing of the skin and eyes, fatigue, nausea, vomiting and light-colored stools, according to Lindsay Haskell, an epidemiologist with CDHD.

“Though public transmission risk is quite low, we recommend that patrons who consumed food or drink at Red Robin on Parkcenter during this timeframe consider getting vaccinated and watch for symptoms of Hepatitis A,” Haskell said in a statement.