Prosecution was declined because no warning and no opportunity to comply with the mask mandate was given to the people involved. 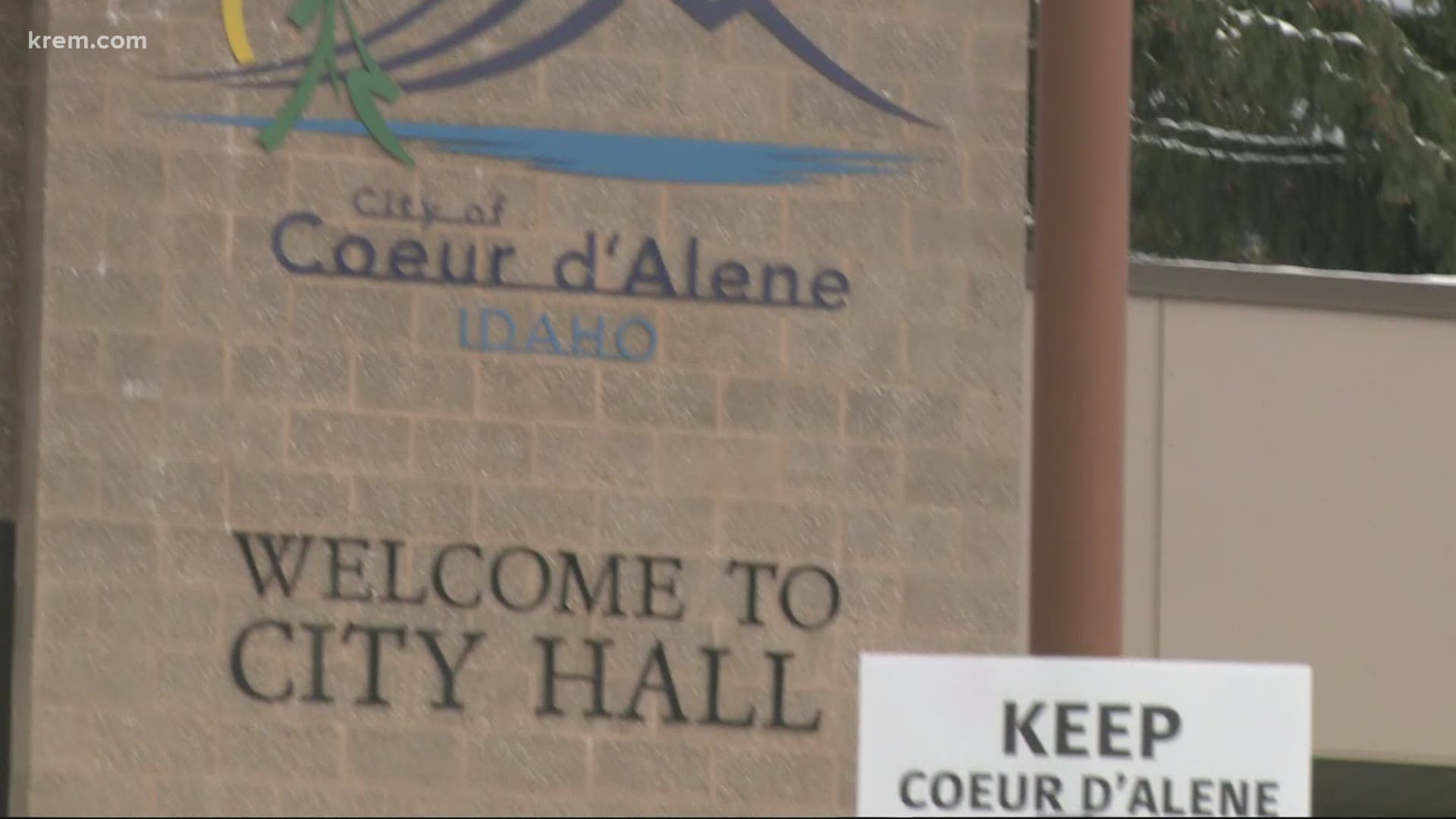 According to Somerton, prosecution was declined because no warning and no opportunity to comply with the mask mandate was given to the people involved.

Coeur d'Alene Police Chief Lee White confirmed with KREM that the four individuals in question were all tied to a single instance at the Kootenai County Courthouse on Nov. 6.

Lee said his department referred the four cases to the Coeur d'Alene City Attorney's Office. That office will now have the final say whether to issue citations to the four people.

In October, the Coeur d'Alene City Council passed a resolution mandating face masks in public in the city when social distancing isn't possible. Similar to other mask mandates, the resolution makes exceptions for children under 10 and those with medical conditions.

Violating the resolution is an infraction and is subject to a $100 fine.

In the case of the four individuals, Lee said that the people blatantly chose to ignore the city's mask requirement. The individuals were asked to put on masks but chose not to, the police chief said without providing any more details.

RELATED: Masks are now required in Coeur d'Alene. Here's what you need to know

Officers chose to not issue tickets to the individuals on the spot, but rather identified the people through "other means" and passed their reports to the city attorney's office, Lee confirmed.

When KREM first learned of the violations, Somerton said he had "numerous videos" to review before charging decisions would be made in each incident.

Meanwhile, Coeur d'Alene police have also referred the cases of five downtown bars not following state COVID-19 guidance to the city attorney as well. The violations relate to Governor Brad Little's Idaho Rebounds plan, which provides social distancing and operational requirements for businesses aimed at slowing the spread of coronavirus.

While the Inland Northwest has endured months of stay-home orders and restrictions tied to the coronavirus pandemic, citations tied to COVID-19 measures appear to be somewhat rare in our area. Multiple agencies have said that they plan to take an "education before citation" approach to those rules.

In April, the Kootenai County Sheriff's Office cited several teens at a party in a wooded area of the county for violating Governor Little's stay-home order. Deputies had said at the time that the location was a known party spot for juveniles and that many who were cited by deputies had a "flippant" attitude toward Little's order.

The Spokane Regional Health District has also not issued any of its own citations as well, according to Communications Manager Kelli Hawkins.