The Economic Recovery Task Force includes Boise State President Marlene Tromp, who fielded a question about the when the university might reopen. 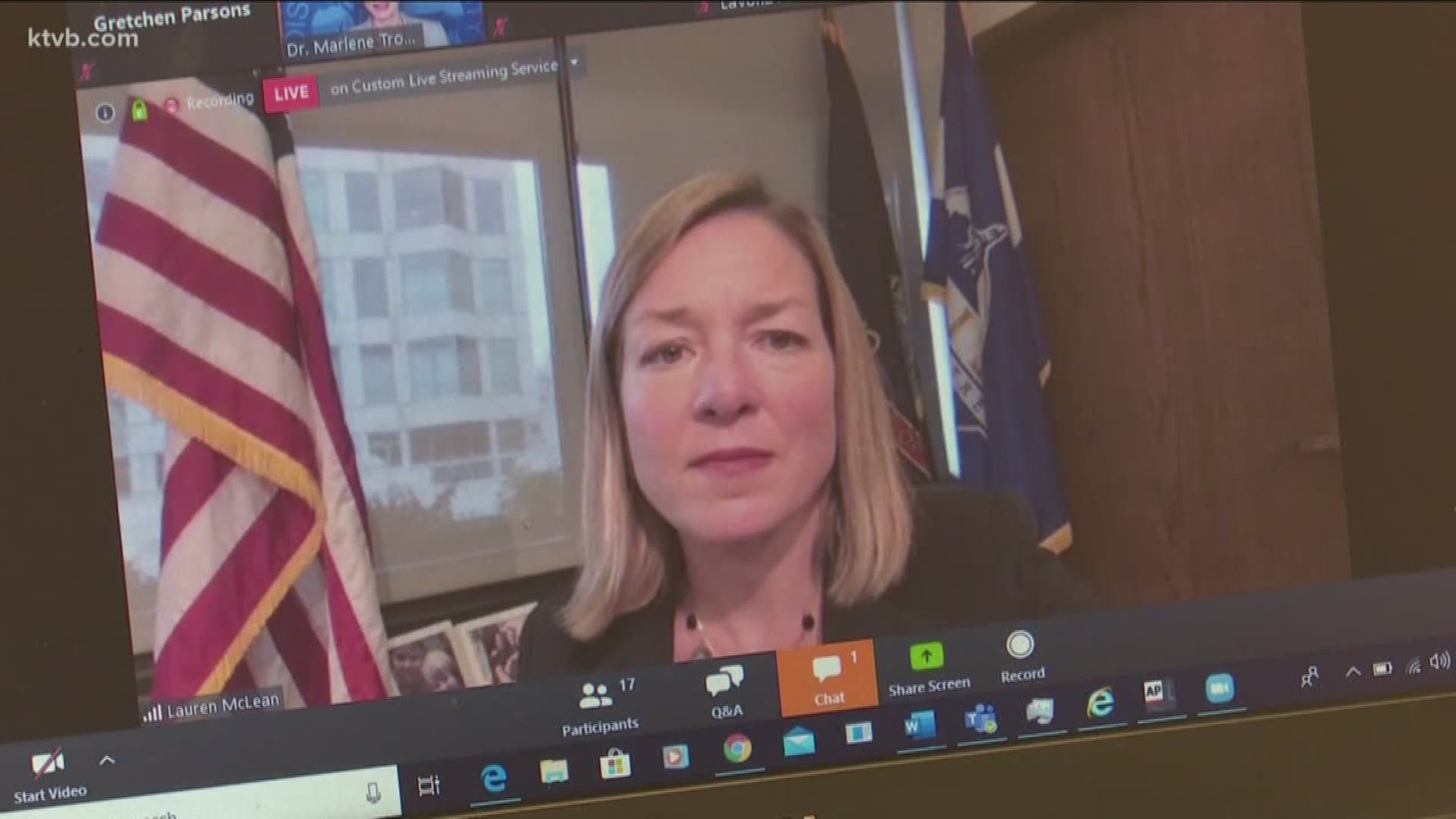 BOISE, Idaho — The fallout from the coronavirus pandemic is having a major impact on Idaho's economy.

Thousands of businesses were shut down for months - some still are - and more than 131,000 Idahoans have filed for unemployment since the pandemic reached Idaho.

Boise Mayor Lauren McLean on Monday announced the creation of a task force, designed to help the city's economy bounce back.

Mclean said during a Zoom meeting Monday afternoon that the goal of the Economic Recovery Task Force is to create an actionable plan for economic development in Boise by identifying priority projects, investments, funding sources, and partners.

"From the task force, I'm asking for them to serve as the foundation from which a team of economic development experts would work with us to build a plan for the city of Boise that we would measure ourselves against and hold ourselves accountable to make sure that we're supporting economic recovery and ultimately economic growth in the long run."

RELATED: Boise area among those 'best positioned to recover from coronavirus,' report says

The task force is made up of 12 different leaders in the community.

Among those leaders is Boise State's president, Dr. Marlene Tromp, who was on the conference call and fielded a few questions about whether the university will reopen for the fall semester.

Tromp said Boise State make an announcement about its reopening plans on May 25.

"So, we've been working with a [doctor] in public health, who used to work on military bases to prevent the spread of illness," Tromp said. "So, it's a great parallel to a college campus where you have people, you know, living in shared living spaces and shared dining and communing really closely together. So, she's helping us develop a plan."

As far as the upcoming Bronco football season, Dr. Tromp said BSU should be getting guidance from the NCAA soon, but added planning will be complicated because each state has its own guidelines.

RELATED: More than 125,000 Idahoans have filed for unemployment during pandemic, labor department says