It's unclear if the two incidents are connected but the graffiti was on full display in front of dozens of families outside during Mother’s Day. 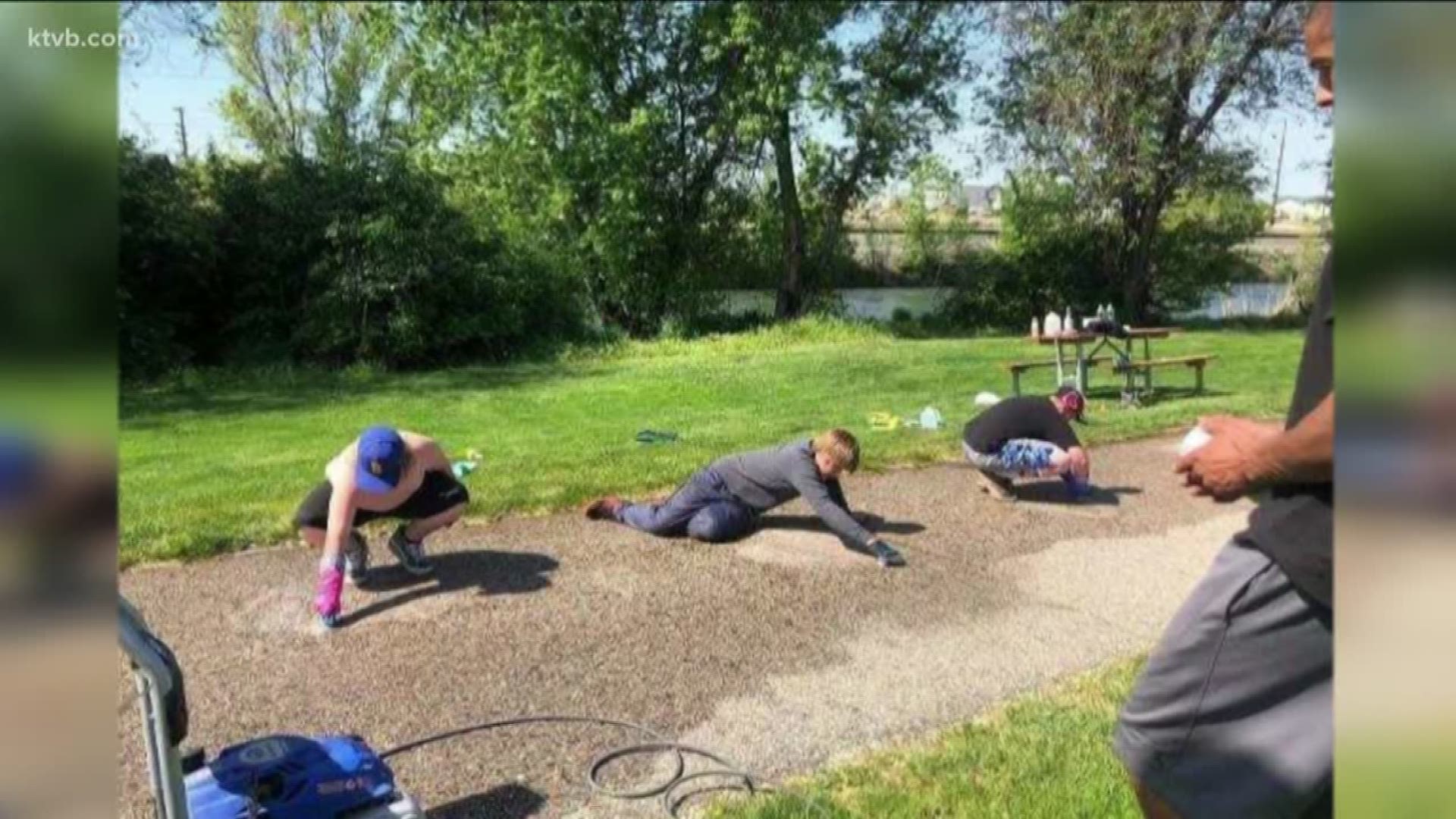 BOISE, Idaho — Update: Boise Parks and Rec and the City of Boise announced that the graffiti has been removed from Kathryn Albertson Park on Monday morning.

Vandals defaced the entrance to Kathryn Albertson Park and a sidewalk along Kuna's greenbelt over the weekend.

In both spots, profanity and racial slurs were scribbled in spray paint.

It's unclear if the two incidents are connected but the graffiti was on full display in front of dozens of families that were outside during Mother’s Day.

"It took years to get this park family friendly, we're not going to throw that away," Tyler Lowther of Kuna said.

Lowther was playing disc golf when he first noticed the graffiti Saturday night in Kuna.

"What got to me was the families walking by and little kids seeing it and everything," Lowther said. "I slept on that and came back, and it was still here so we took care of it."

Lowther rounded up his nephews Sunday morning and started scrubbing.

"It doesn't make me feel that good," Mathias Huber, Lowther's nephew, said. "Like I want my community to be safe, which it is, but I don't want this stuff written on the ground."

"We went out and bought graffiti remover, spent $50 and it didn't do much we were here for about two hours before finally, we got a pressure washer hooked up," Lowther said. "500 feet of hoses and everybody came from the woodwork and then we just went to work."

The graffiti is no longer visible after they worked to clean the sidewalk.

The profanity tainted what was supposed to be a nice Mother's Day for dozens of families in the park.

"It just makes this place look crappy," Shane Ivy of Boise said. "People with kids, families just coming by and the first thing they see is the vandalism, it's just kind of unfortunate."

Brandon Freeman was also visiting the park with his family Sunday.

Police are investigating both incidents and ask that if anyone has information about the vandalism to come forward.

Under Idaho law, vandalism is punishable by a fine or even jail time.

TRENDING STORY: Bear bribes 'guard dog' with deer bones so it can go through man's trash