Only on KTVB: Two of four people zip-tied at Jump Creek Falls tell their story

Investigators say the man also attempted to abduct a young female member of the group. Two of the victims described their experience to KTVB. 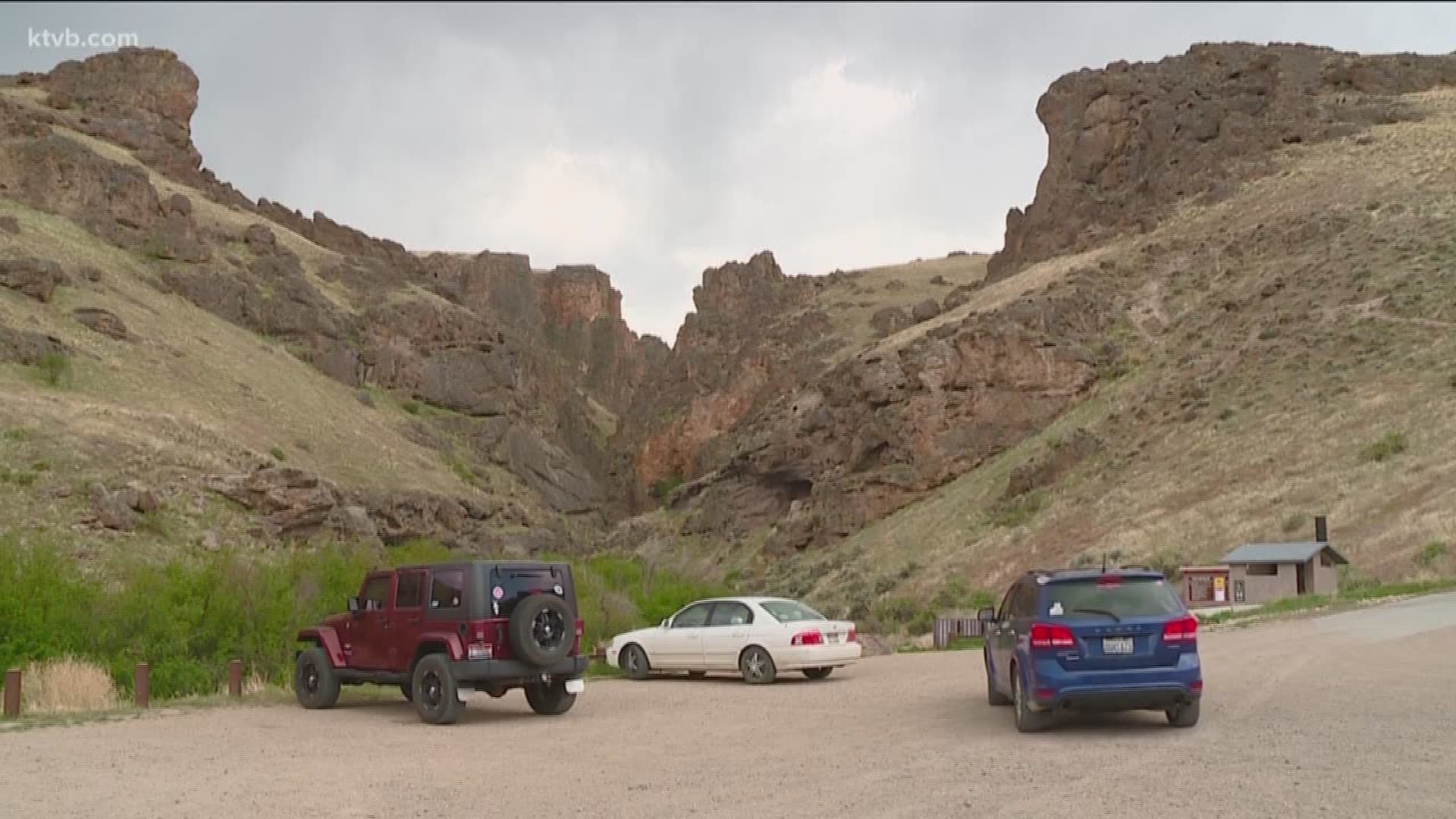 OWYHEE COUNTY -- Investigators are searching for a man they say zip-tied a group of young people and attempted to abduct one of them Thursday night.

The incident happened at about 11:30 p.m. at the popular Jump Creek Falls in Owyhee County.

According to the Owyhee County Sheriff's Office, the four victims - who are all between the ages of 18 and 20 - were approached by the suspect, who told them he was a police officer.

Investigators say the man zip-tied all four of the victims with their hands behind their backs, then took a female victim over to her own car.

KTVB spoke with two of the victims on Friday who describe the incident as horrible and unexpected.

"It was a pretty scary experience for sure," one victim, 20-year old Juan Cortes, said.

After about 45 minutes hanging out at the waterfall, the group decided to head back to the car.

"Out of nowhere some guy comes and flashes a big light at us and we were like, oh it's probably a cop, you know, and he said 'you guys are not supposed to be out here, it's past nine. And I was like, 'that's understandable, we've only been here a couple times, we didn't know that. We're sorry'," Cortes said.

Cortes and his friend Isaias Sanchez say the man didn't introduce himself but they saw some type of badge hanging from his neck and asked if he was a cop.

"He told us one at a time - you know we've got to follow the rules for the cops - turn around. He zip-tied us and he did it hard. It wasn't gentle," Cortes added.

They say the man asked for their ID's and their friend told him hers was in her car.

"That's what she said: it was in her car. So at the time he was like, 'you come with me'. He's like, "I'm gonna take you one at a time'. She went with him. Ten minutes passed and then he came back and it was just us three sitting down by ourselves for about 10 minutes, he came back and he's like, 'come and turn around.' I didn't know what he was doing; he grabbed a rag and he cleaned the zip-ties," Cortes said.

Sanchez says he forced them to stay put, threatening consequences if they moved. They didn't want to risk anything.

"Whether he was a cop or not, this guy could have been armed," he said.

Then, about 20 minutes later, they heard their friend's voice.

"We were just sitting on some rocks and we just see her running toward us. I was like, 'oh what's happening?' She was like he's a fake, he's fake, he's fake, let's go! And we ran more that way," Cortes said. "I don't know what happened over there but she ran to us. You could tell she was scared."

She had managed to break free of her zip-ties and escape. They say they all ran up into the hills, meanwhile doing everything they could to break loose like trying to saw the ties off and bang them on sharp rocks.

"We were just falling; we have all these scratches and cuts in our hands," Cortes said.

Rather than continue trying to take flight, they decided to fight and turned back down the trail.

"We're going to go to the car and get a signal and call the cops. That's our main goal,"

When they got back and called the cops, the suspect was gone. The victims say the man took some of their belongings, like phones and car keys.

"I think his intentions were probably to rob us," Sanchez told KTVB, "When he came up to us he asked what we had on us and what was in our backpacks."

But when he took the girl alone to her car, the boys believe he could have had different intentions with her.

Owyhee County Sheriff's officers say they got to Jump Creek Falls around 2 a.m., cut the ties off the young adults and interviewed them.

An emotionally and physically scarring event now turning into lessons learned about paying attention to your surroundings and following posted signage about not being somewhere past closing.

"It was very unexpected," Sanchez said. "I hope they catch him."

"Around here it's so trustworthy. You never hear that around, you know," Cortes added.

Officials are still searching for the suspect; he is described as a white man, about 30 years old, between 5’6” to 5’9” tall with a stocky build. He was driving a newer-model light colored Chevrolet-type four-door sedan with unknown plates.

He could face charges of kidnapping and impersonating an officer.

The sheriff's office said they had not received any recent reports of someone pretending to be a police officer before Thursday's incident. Deputies plans to increase patrols in the area.

Anyone with information is urged to call the Owyhee County Sheriff’s Office at 208-495-1154.