“We don’t know that woman stole those cards, but we do know she's using it at various businesses in Nampa,” Nampa Police Sgt. Becky Doney said. 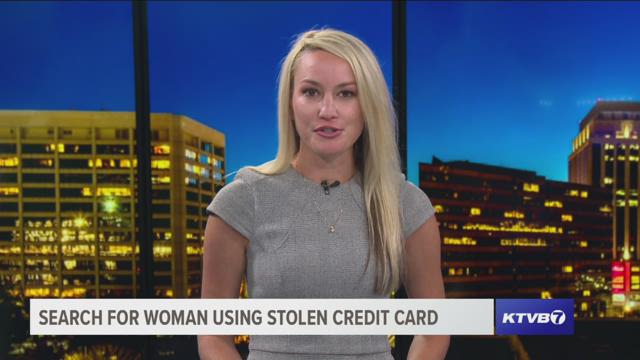 NAMPA, Idaho — Nampa Police are looking for a woman, who they say, tried to use a stolen credit card at several locations on September 17.

“A woman had gone out to her car on east Maryland and realized she left it unlocked and a diaper bag was stolen with her wallet, keys, ID and some credit cards,” Nampa Police Sgt. Becky Doney said.

Surveillance photos captured the woman using those stolen cards at a gas station and Savers. The photos are grainy, but police are focusing on the woman's identifiable traits.

“We don’t know that woman stole those cards, but we do know she's using it at various businesses in Nampa,” Doney said. “We're really looking for a woman with a significant amount of tattoos on both of her arms and she has some bright red shoes, beyond that it's really hard to give a significant description of her."

Police posted photos on social media because they need the public's help. Police say, crimes like this are pretty common and with the colder weather moving in, they want people to be extra cautious.

“It's really important to lock your cars, houses, don’t leave anything valuable in your cars, most of these crimes are of opportunity,” Doney said  “With cars, people warming up their cars as we get into colder weather that's more of a problem.”

Overall, theft is down by 36% compared to this time last year, according to Doney.

Most of the charges on that stolen credit card were declined, but if anyone knows anything about this, Nampa Police want to hear from you.

RELATED: Police: Driver cited for DUI after driving a quarter mile on Greenbelt