Mike Pope of Sandpoint, Idaho was arrested by the FBI on multiple federal charges Friday morning. 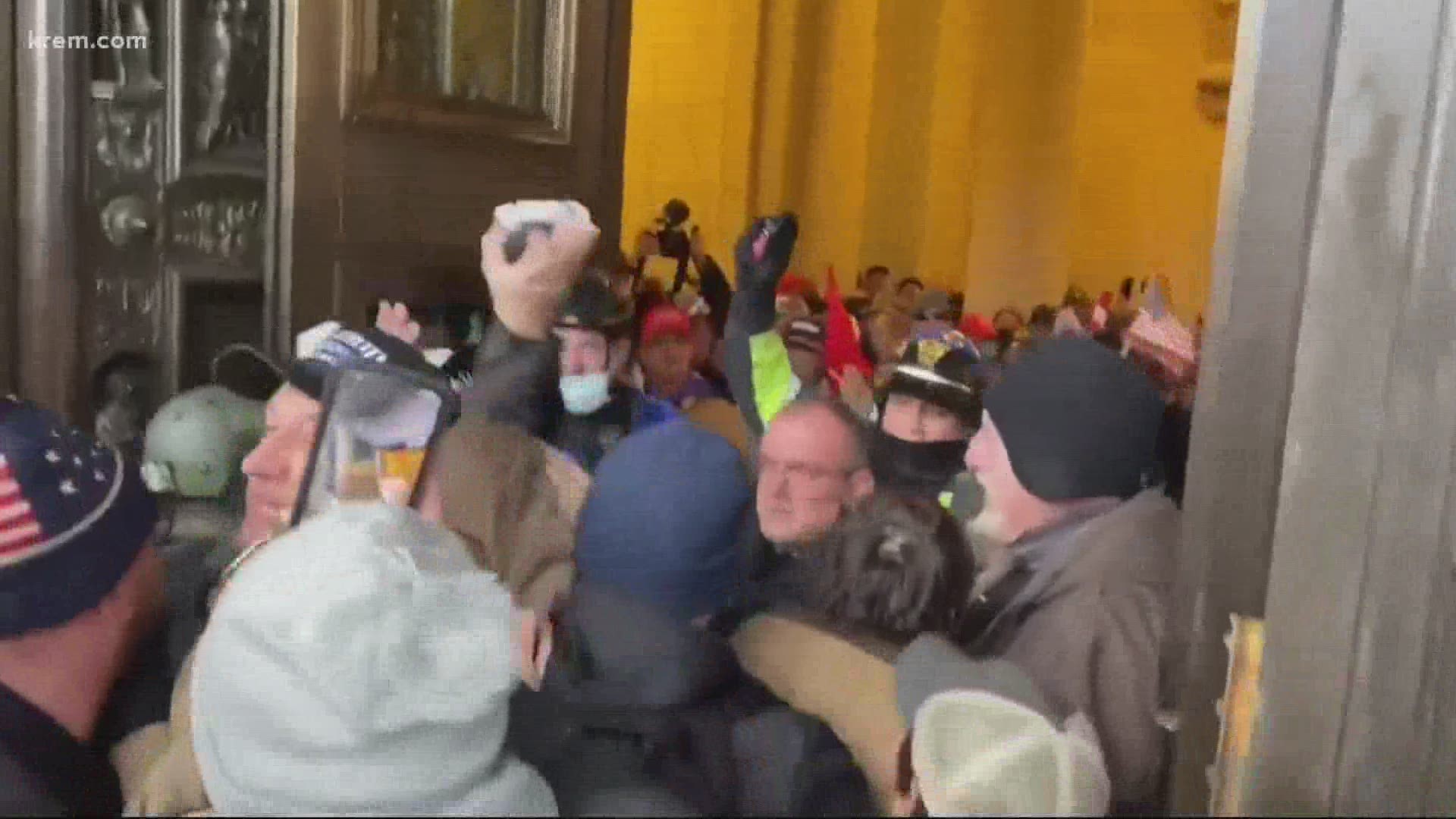 SANDPOINT, Idaho — An Idaho District Court judge released a Sandpoint man from custody following a hearing on federal charges related to his alleged involvement in the U.S. Capitol riots on Jan. 6.

In a press release, FBI Spokesperson Sandra Baker said Mike Pope of Sandpoint, Idaho was arrested on a warrant issued by the United States Court of District Columbia. Pope surrendered to FBI agents after learning about the warrant for his arrest and was taken into custody without incident, Baker said.

During Pope's court appearance Friday afternoon, Judge Candy Dale agreed to release Pope on the conditions that he check in with pretrial services once a week, advise them of any travel outside of Idaho, he cannot leave the country, he cannot go to Washington D.C. unless it's related to his court appearance. He is also not allowed to visit the Idaho state capitol.

Pope will be released from custody after he is processed by the U.S. Marshals.

Pope was arrested on federal charges including obstructing or impeding any official proceeding, civil disorder, entering and remaining in a restricted building or grounds, disorderly and disruptive conduct in a capitol building, impeding passage through the capitol grounds or buildings and parading, demonstrating or picketing in a capitol building. The most severe charge he faces carries a penalty of up to 20 years in prison.

The FBI also arrested Mike’s brother, William Pope of Topeka, Kansas, on the same charges, according to Baker.

William was booked into jail Friday morning and, according to The Topeka Capital-Journal, he is being held without bond on a federal hold order. The newspaper reports that he ran unsuccessfully for Topeka City Council in 2019.

William told a Topeka Capital-Journal Reporter on Jan. 11 that he was present when Trump supporter stormed the U.S. Capitol. The newspaper reported that William captured video inside the Capitol.

“I was at the Capitol to exercise my first amendment rights and remain loyal to the United States of America,” he told the paper.

The newspaper reported that William was previously an adjunct leadership studies instructor at Fort Hays State University for five years before going to Kansas State University in fall 2019, according to Pope's LinkedIn page.

The mob took over the presiding officer’s chair in the Senate, the offices of the House speaker and the Senate dais. They mocked its leaders, posing for photos in the office of House Speaker Nancy Pelosi, one with his feet propped on a desk in her office, another sitting in the same seat Vice President Mike Pence had occupied only moments before during the proceedings to certify the Electoral College vote.

One person was shot and killed, three others died after suffering medical emergencies. The following day, a U.S. Capitol Police officer died after he was injured during the riot.