In the year since Boise Police Cpl. Kevin Holtry suffered life-changing injuries, he has also received a life-changing outpouring of support from the community. 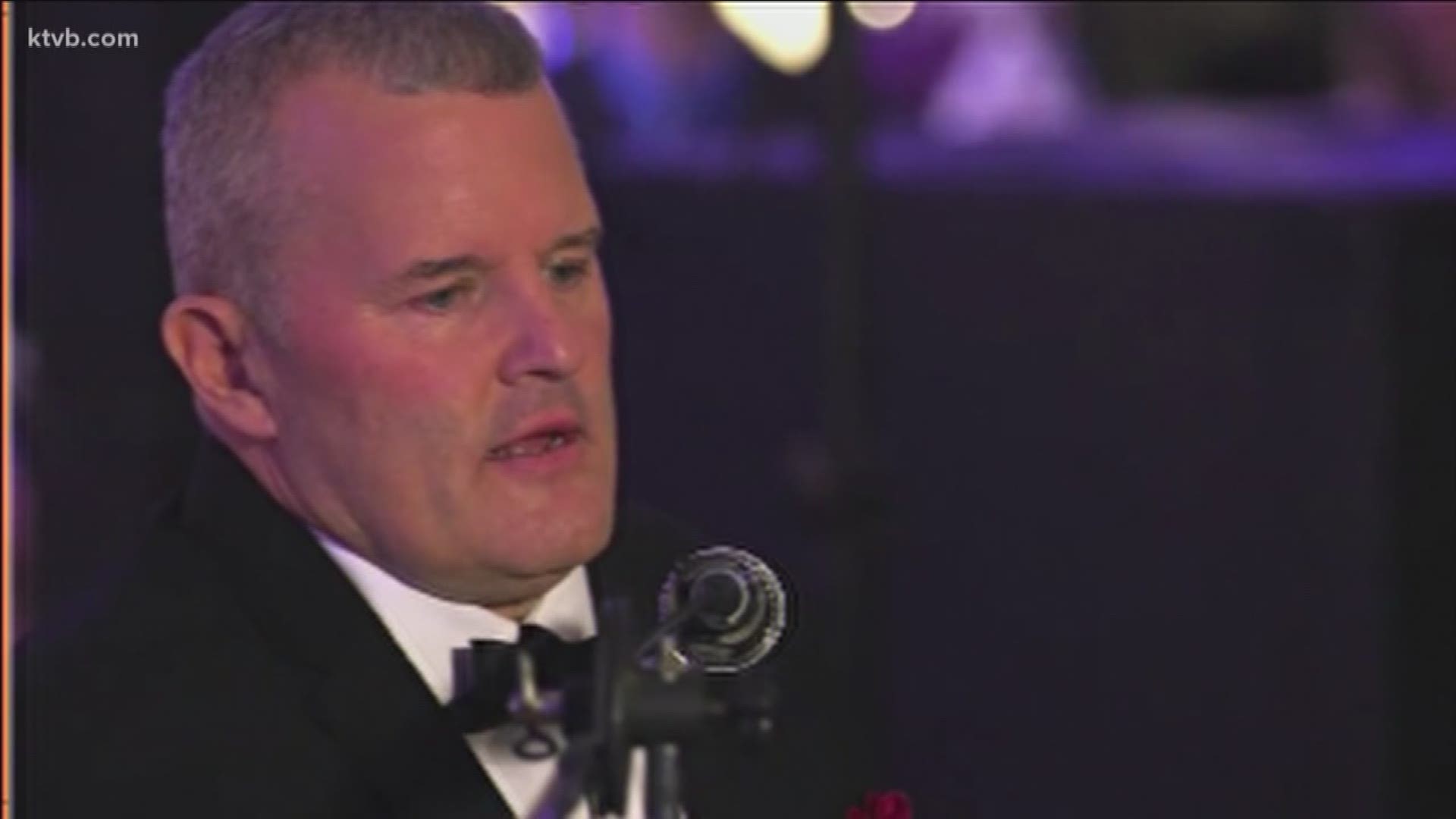 Everything happened that day in the blink of an eye.

Boise Police Corporal Kevin Holtry found himself face to face with an armed, wanted man who fired at point black range. A shooting that would end in paralyzation from the waist down for corporal Holtry. A shooting that could have ended much worse he said months later at the policemen's ball, were it not for the actions of a police K-9 named Jardo.

"I saw some men in action that day that, man, it was textbook. From Jardo, who saved my life, there’s no doubt about it, it would have been a lot worse. We would have been here for a memorial instead of a celebration today if it wasn’t for that damned dog. I don’t know why. Maybe he knew me," Holtry said.

The shooting was followed up by four months of surgeries and rehabilitation in Boise and then in Denver at Craig Hospital, where he underwent intense therapy, thinking the entire time about coming home to his family, friends and a new life.

"I'm excited about being with my family," he said. "And all my friends. And going to a buddy's house for a barbecue. It may be hard getting through their front door, but I know how to do that now. But I can't wait. I can't tell you how bad I want to go home."

112 days after the shooting, Kevin Holtry came home to the delight of hundreds who turned out at the Boise Airport for a hero's welcome.

"This is pretty overwhelming for sure. I appreciate everybody coming out today," said a tearful Holtry.

It was the beginning of the realization that his community was going to support him the way he supported them while on duty.

Local businesses and Holtry's fellow officers teamed up to retrofit his home to accommodate his new needs by widening doors, adding ramps and hardwood floors, installing special appliances and a wheelchair friendly concrete back yard patio.

"We ended up taking a video and called it 'we cried,'" said a fellow officer who volunteered to help renovate the house. ”We cried. I can’t even describe the feeling. It was amazing."

And it didn’t stop there.

The community responded to a one-hour online telethon during the KTVB News at Noon, raising nearly $20,000 for a track chair that was presented to Holtry in May, during a special military ceremony.

"There’s a lot of things this chair is going to allow me to do that I haven’t done before so this is great ... I am completely humbled and honored," Holtry said after receiving the motorized track chair.

The outpouring continued with a donated custom Toyota truck with hand controls.

And, now, the local Harley-Davidson dealer is in the final stages of a fundraiser to get him a 3-wheeled modified motorcycle after hearing he was shopping for a bike prior to being shot.

The year was peppered with special ceremonies, which included an Idaho Steelheads game last spring where he was presented with a jersey with his badge number that he wore when he dropped the puck at center ice before the game.

He left the pregame locker room with one last thought for the team.

"I’m just letting you guys know...man, every day, in your heart, and your mind, you should think 'this may be the last one.'"

For Kevin Holtry, 11/11 did not turn out to be his 'last one.' And he found out over the course of the last 12 months how much living he has to look forward to -- in a community that will never forget the sacrifice he made for them. 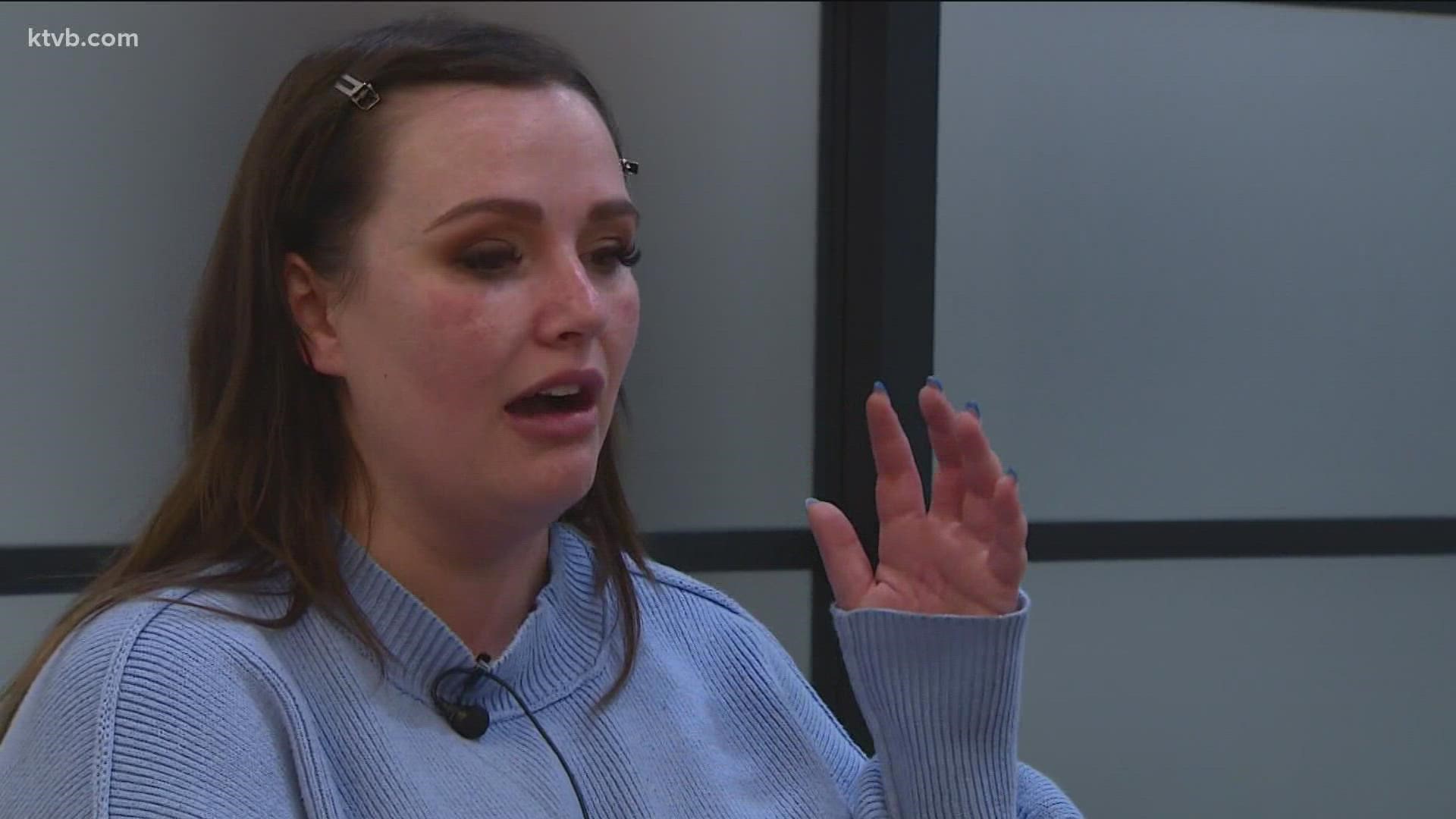 Leukemia survivor honored ahead of Light the Night Boise celebration