Dzevada Becirovic just poured milk into her son's insulated light-up sippy cup last week when she says it exploded in her face, injuring her face, hand and lungs. 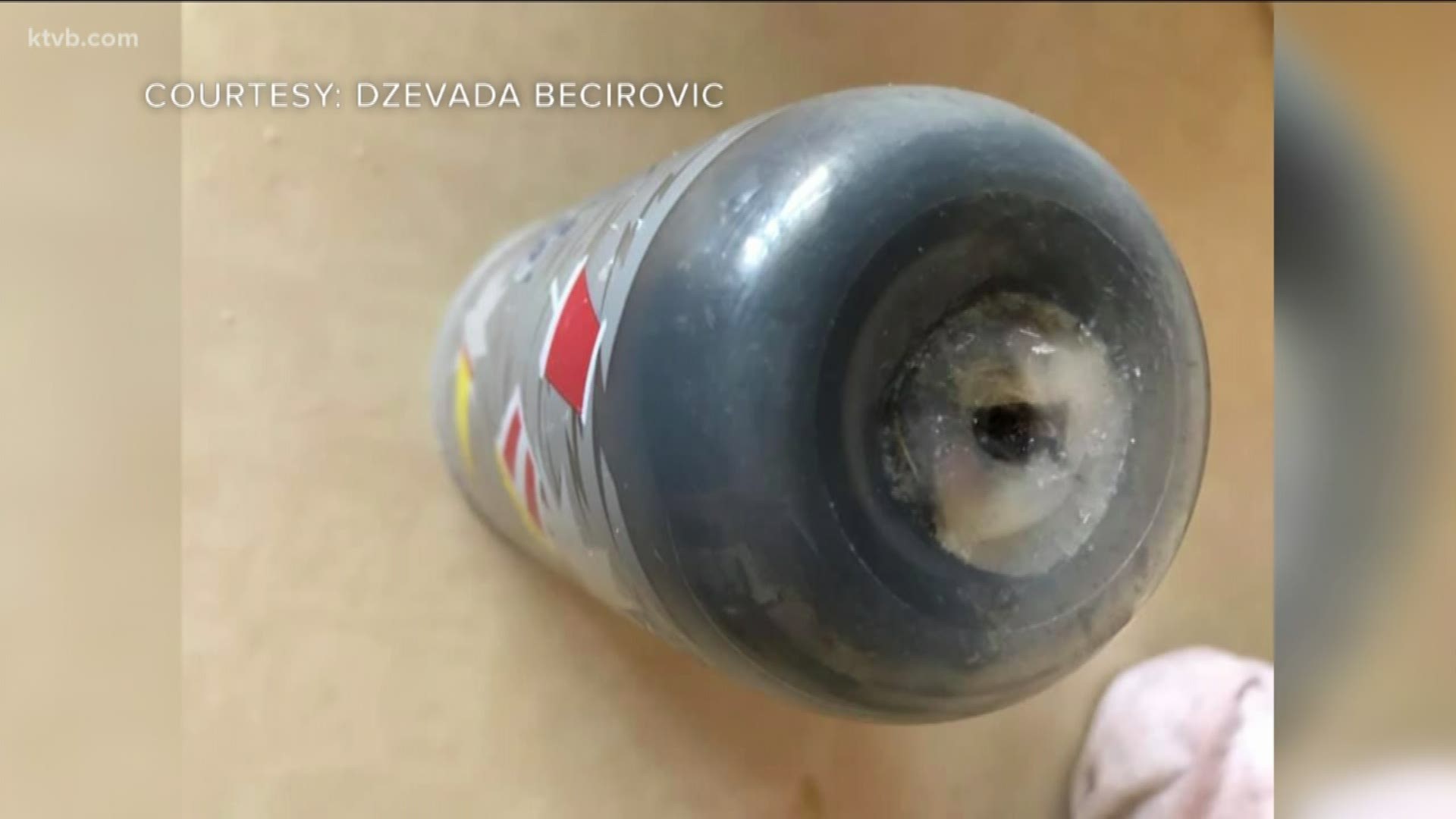 BOISE, Idaho — Parents hope anything made for kids is, in fact, kid-friendly but after a Boise mom had a frightening shock with her son's sippy cup last week, she's warning other parents of the dangers of some children's products.

Dzevada Becirovic says a Nuby insulated light-up cup exploded after pouring milk in it. She had to go to the hospital but feels lucky it was her that was next to the cup and not her one-and-a-half-year-old son.

“There's the bottom of it where the battery blew around here. It’s a lithium ion battery and it blew up through here," Becirovic said, showing KTVB the exploded cup.

The shocking explosion flung milk and gunk from the insulated battery-powered cup up, burning her hand, face and stinging her lungs.

“It was super scary. I immediately couldn't breathe - my lungs were on fire, my throat, I couldn’t stop coughing,” she added.

Becirovic had a friend come over to watch her kids while she rushed to the hospital.

“It did a lot of damage and what that would have done in his hands, I don't even want to imagine. I really don't,” she said. "I'm scared to death of something like this happening again with another product or another toy or happening to somebody else."

Becirovic's son Kaysen was on the couch when she went to pour him some milk.

“I was just standing right here, I grabbed milk out of the fridge – just regular milk, I went and poured it. Turned around to put the milk back, I turned around to grab the lid and I was about to put it on it and it blew,” Becirovic said.

She bought the light-up Nuby sippy cup the week before this happened.

“I was actually thinking about going and buying another one. He loved them. They light up, they definitely look kid-friendly," she said. "They've got a cute design on there."

She says she's never put it in the microwave or dishwasher. She blames the cup’s battery for what happened.

"We do our best to protect our kids every day but something like that is just a freak accident or it could be something that's preventable by not having such a powerful battery in a little kid's cup,” Becirovic said.

Nuby’s parent company Luv n' care, Ltd. says they're investigating this. The company attorney tells KTVB that they asked the Boise mom to send the burned cup in so they can figure out what happened. They say all cups are thoroughly tested and inspected before hitting shelves, and this cup was deemed safe if "properly used".

Shaken up, this mom of three wants the cups stripped from stores, and is sending a warning to other parents. She says she doesn't understand how this could have happened with the amount of testing that's done on children's products.

“Obviously they missed something,” Becirovic said. “I just want to get the word out there, in case somebody has it, to just throw it away and get it away from your kids' reach before it hurts them.”

Luv n' care says this is the first complaint they’ve received about these light-up cups. They told KTVB they want to get to the bottom of this and correct any possible issues by having the battery or cup makers run tests on Becirovic’s sippy cup. But she says that she isn't sending her cup in yet because she wants legal advice and a third party to inspect it first.