These resources can help military veterans get out of debt

The steady paycheck provided by the military can create a false sense of security, which can easily discourage savings. 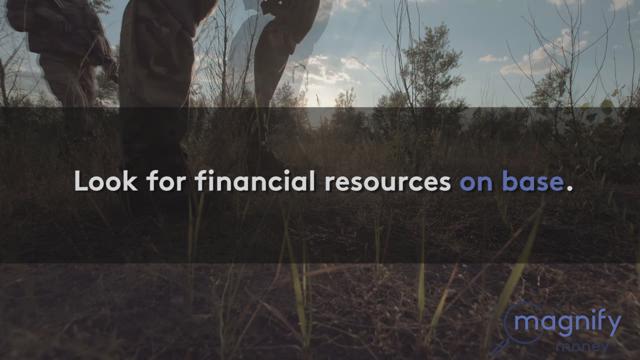 Many of America's military service members and veterans report that financial stress is hurting their emotional and mental health as well as their ability to set future goals.

Among the respondents to a 2017 Military Family Advisory Network survey, a staggering number - 92.5% - reported they have debt, while 44% of the group reported financial stress is detrimental to their emotional and mental health. The report detailed the financial burdens of 5,650 in active military service, veterans and their family members.

What it uncovered is a problem that for many American military families runs deeper than simply taking on too much debt.

The majority - 60% - said they do not have enough savings to cover three months of living expenses. Some respondents said they struggle to provide basic needs like food and child care, and 49% reported an unwillingness to further their education because of financial barriers.

In short, the Military Family Advisory Network report said military and veteran families have a hard time getting ahead financially.

While civilians may have similar financial struggles, Joseph "J.J." Montanaro, a certified financial planner with USAA, which provides financial products and services for the military community, said those struggles can be compacted for military families because of the military lifestyle.

Nearly one-third of respondents in MFAN's report said they have moved three to five times, and 79% of all respondents said moving caused high financial stress.

"When you don't know when the next move is going to come, while the government covers the majority of expenses with a move, there are always going to be those things that aren't covered - something as simple as putting the kids in new sports programs or paying all the deposits on your utilities," said Montanaro.

Bruce McClary, spokesman for the National Foundation for Credit Counseling (NFCC), attributes the largest financial concern to relocation. McClary worked as a financial counselor for military families and saw the issue of relocation resurface several times.

"When you're relying as much on a dual-income household, and you have to relocate because of the job of one spouse, whether you're military or not, that's going to cause some disruption," McClary said.

Despite the logistical and financial support from the military, McClary says there could be immediate or lasting impacts on the family's financial resources if the civilian spouse has to find a new job with possibly lower income.

Although military families have more job security than other sectors, Montanaro said that steady paycheck can create a false sense of security, which can easily discourage savings. In some of cases, families or individuals won't set aside funds for emergency situations because they feel as if they have a guaranteed income.

Furthermore, service members returning from long deployments overseas may seek to make up for lost time, he said, and make spending decisions that are based on emotions (like buying a new car or going on a family trip) but don't make the most financial sense.

"When you look at the military culture, it puts a premium on independence and taking care of yourself and not being a burden," Montanaro said. "It's not necessarily a culture that ingrains the idea of asking for help."

Lack of savings and a desire to manage matters themselves can also leave military families searching for ways to fill in the gaps. Those who do not have much experience managing money may be vulnerable to predatory lenders and aggressive debt collectors.

Predatory lending, whether through auto financing or payday lenders, starts with living beyond your means, Montanaro said.

By volume, debt collection - including attempts to collect a debt not owed - tops the list of service members' complaints to the Consumer Financial Protection Bureau and outstrips similar complaints made by nonservice members in every state and territory, except North Dakota, where it comes second in the list of complaints.

Financial resources on base

"Look to those on-base or on-installation resources, because they're there for the express purpose of helping military members get to a better place financially," he said.

NFCC and Military OneSource: The nonprofit NFCC partners with Military OneSource, which offers strategies to help service members consolidate and pay down debt, as well as save for retirement or college and create financial plans. The NFCC, which is the longest-serving and largest national nonprofit financial counseling organization in the U.S., also has a branch specifically to help with military families' debt relief.

Financial Institution Regulatory Authority: The Financial Institution Regulatory Authority (FINRA) offers a fellowship program for military spouses to earn an Accredited Financial Counselor certificate and to develop financial skills. The program is in partnership with the National Military Family Association, and there is no cost to participants. More than 1,480 fellowships have been awarded since the program began in 2006; applications are accepted until the end of April.

ClearPoint Reconnect: The program provides online and phone counseling in English and Spanish, online financial education (courses include Managing Financial Stress and Reshaping Credit) and identifies local resources to help veterans reach their short-term financial goals and create economic stability. The counselors are knowledgeable about opportunities through HUD, FDIC and the U.S. Department of Veterans Affairs. ClearPoint has partnerships with organizations such as New Directions for Veterans and Operation Homefront. ClearPoint, an Atlanta-based division of Money Management International, says there is no cost for military service people to participate.

Operation First Response: For more immediate help, Operation First Response offers financial assistance for groceries, utilities, rent and clothing to veterans suffering from physical disabilities and mental distress. In 2017, the nonprofit helped 1,366 veterans, with the average grant size between $500 and $1,500.