The USDA is providing $16 billion in relief to farmers and ranchers nationwide. It will also buy $3 billion worth of food boxes to be given to those in need. 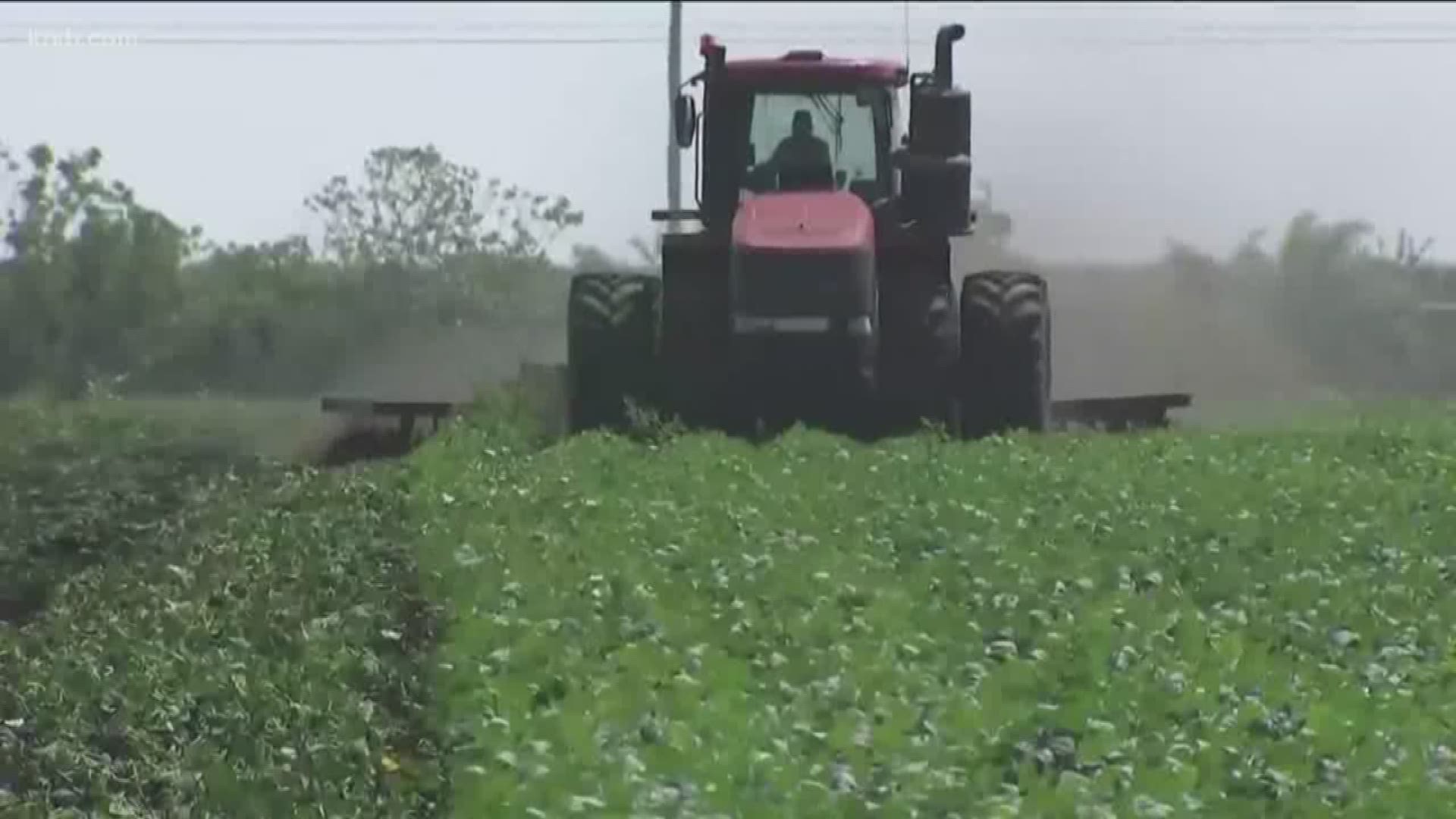 BOISE, Idaho — Another wave of federal relief is on its way - this time to help farmers and ranchers recover from the economic losses due to the COVID-19 pandemic.

Farmers and food producers were considered essential nationwide amid the economic shutdown and were allowed to continue operating. However, the closure of many other businesses, such as restaurants, had a ripple effect on production and prices for the ag industry.

Because of that, the U.S. Department of Agriculture announced on Tuesday it would provide $16 billion in federal relief payments to farmers, ranchers and other agricultural producers across the nation. It will also provide $3 billion in food boxes for people in need.

Ted Vander Schaaf owns a dairy in Kuna. He said farmers were looking forward to 2020, which was projected by industry leaders to be profitable.

"This was supposed to be our year," he said. “No one was ready for another down market so it hit a lot of guys really hard.”

Instead, the year has gone from bad to worse for farmers

“The markets have been a roller coaster," Vander Schaaf said. "We’ve gone from sitting pretty good to really, really bad. I mean, we were talking last year about bad tariff prices but this is actually so much worse. We’re talking 50% cuts to revenues."

Many local dairy farmers have been asked to scale back production, some by as much as 10%, due to the lack of demand. Though Vander Schaaf personally hasn't had to dump any milk, he knows others who have.

Ryan Cranney owns Cranney Farms in Oakley. Last month, the farm donated thousands of potatoes because it couldn't sell them. He said the loss in revenue and drop in prices has taken a huge toll.

“I think what’s going to hurt us the most is really the reduction in price," he said. "Since the virus, we’ve seen prices come down significantly – probably half of what it was prior [to the pandemic]."

Within the USDA's announcement were listed several types of crops that the payments would go toward. Among others, it lists products such as barley, wheat, corn, wool, livestock, and dairy. It also lists several specialty crops like almonds, beans, potatoes, sweet corn, squash, tomatoes, and more. A full list of crops can be found here.

Cranney said he's grateful for whatever help they can get.

“It was definitely a welcome relief to see that," he said. “It’s going to help us on our farm on the cattle, livestock side, and a little bit on the potato side."

For some dairy farmers, this federal aid could make the difference between staying afloat or shutting down entirely.

“Not only is it a significant amount of money that we’re talking about coming our direction, it’s a very timely amount of money," Vander Schaaf said. “I don’t think it fills in the hole that’s been created but it certainly will enable a lot of dairymen to continue on, where some of them were looking at maybe not being able to do that.”

Producers can start applying for the relief payments on May 26. Details on how to apply are on the USDA's website.

The second part of the USDA's announcement introduced the "Farmers to Families Food Box Program."

Under the program, the USDA will purchase up to $3 billion worth of meat, dairy, and produce to make food boxes for Americans in need. The boxes will be given to local food banks, community pantries and faith-based organizations to distribute to those in need.

Meridian Food Bank will soon be one of those distributors.

Dan Clark, executive director of the food bank, said details are still being worked out but estimates show they should get about 150 boxes per week for several weeks. That will go a long way in helping fill the community's need.

“It’s big-time, it really is," he said. "There are days that we run low and we have to do some dancing around to figure out how to get all the food that we can to everybody who needs it."

Clark added that the announcement was very unexpected but he's thrilled they'll be able to help even more people.

RELATED: Idaho is known for its 'Famous Potatoes,' but there's a new cash cow in the state