You Can Grow It: My favorite tomatoes

We are talking about all different kinds of tomatoes and how you can use them. 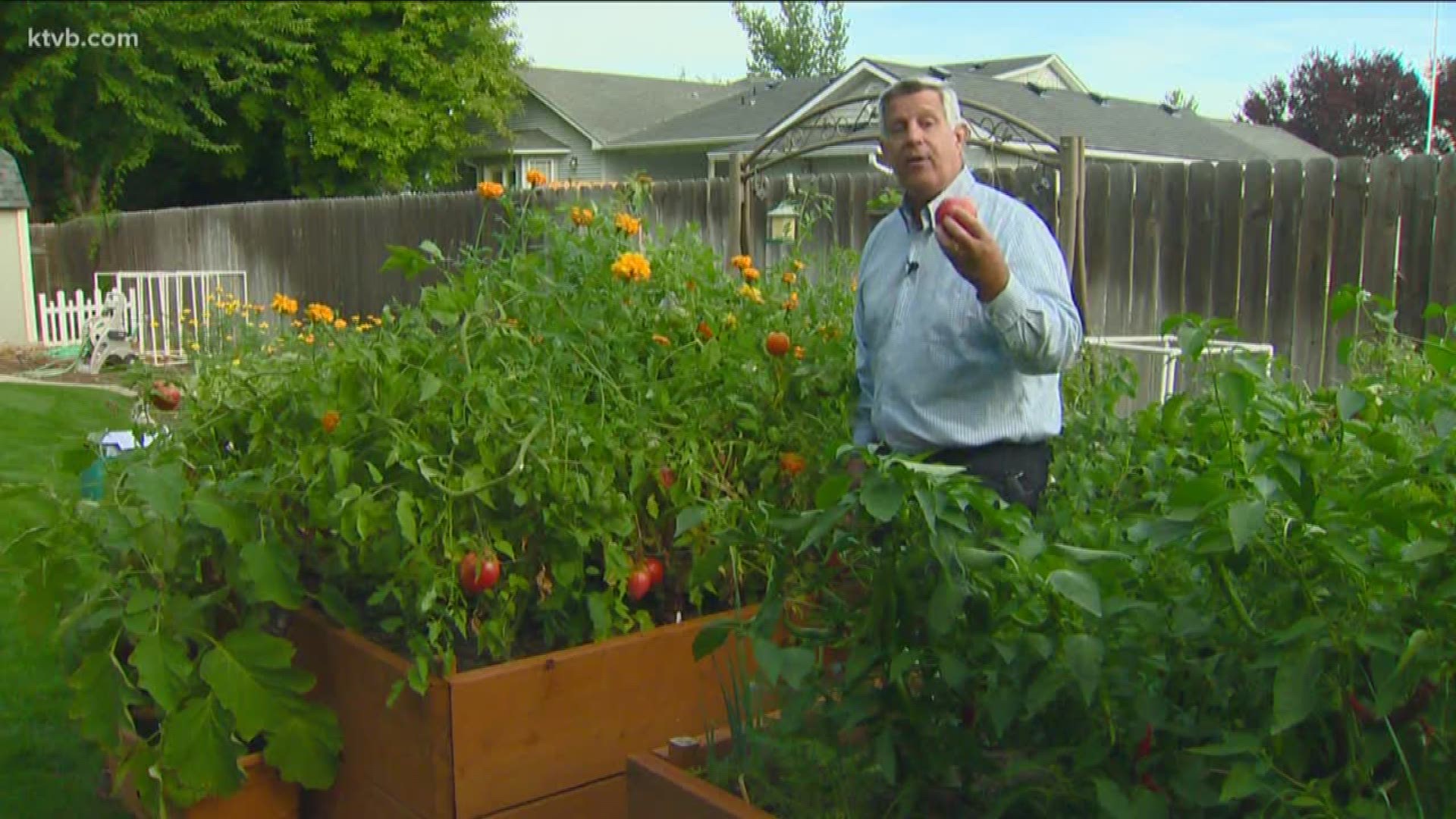 Did you grow any tomatoes in your garden this year? If you grew a vegetable garden at all, chances are that tomatoes were a big part of it. According to the U.S. Department of Agriculture, there are 25,000 different varieties of tomatoes for us to choose from.

You may not have grown that many, but garden master Jim Duthie grew 19 different kinds, and he’s showing us a few of his favorites, so you can decide which ones you might want to plant next year.

Tomatoes are by far the most popular thing that people grow in their vegetable gardens. And no wonder – there are so many different kinds, and they can be used in so many ways. This year, as you can see, I planted quite a few tomatoes, and they’ve grown to fill my garden beds. I actually planted 19 different kinds of tomatoes. Let me show you some of my favorites.”

RELATED: US moves toward agreement on Mexican tomatoes

Tomatoes originated in Central and South America, and were introduced to the rest of the world in the 1600’s. At first, many Europeans and early Americans considered them unfit to eat, even poisonous. Their scientific name means ‘edible wolf peach,’ and at one time they were even referred to as ‘love apples.’

And whether you pronounce it ‘toe-may-to’ or ‘toe-mah-to,’ the question remains…are they a fruit or a vegetable?

Technically, tomatoes are fruits; botanically they are considered a berry of the tomato vine. But due to their low sugar content, U.S. trade laws consider them a vegetable, and in popular culture, most people also think of them as vegetables, and use them in everything from salads to sauces to sandwiches, but not in desserts.

“There are hybrid varieties of tomatoes that are specially developed to stand up against plant disease, pests, drought and temperature extremes. One example is this variety, called big beef, and as you can see, it produces a lot of very large beefsteak tomatoes that are great for slicing and eating.”

Beefsteak tomatoes are a national favorite, because of their size and flavor. And this hybrid, called big beef, consistently produces big crops of tomatoes in all kinds of growing conditions, and it resists almost all of the common plant diseases and pests.

Cut open a big beef and you’ve got yourself a beautiful slice of tomato, perfect for topping a juicy burger.

Other popular hybrid varieties include celebrity and early girl, which are smaller than beefsteak tomatoes but are still great for slicing and eating in salads.

Roma tomatoes are another hybrid that resists bugs and diseases and produces lots of long, narrow tomatoes, about 3 to 4 inches long, that are very meaty, making them perfect for cooking down in sauces and soups. Slice one open and you’ll see how meaty they are.

Then there are the heirloom varieties. These are the original strains of tomatoes without any cross-pollination. Some of these varieties go back many generations to other countries and were brought over with immigrants and pioneer settlers. They usually have a more robust flavor, but sometimes they are subject to issues with disease and pests.”

I like them because I get a crop of thick, sweet, flavorful tomatoes that rival anything you could ever possibly buy in a store. Take a look at these oxhearts and German pinks when they’re sliced open.

For something different, go green! Like these green giant tomatoes that get as big as a beefsteak, but they never turn red. You know they’re ripe when they soften a bit and develop a tinge of bronze in the skin. And the flavor! Rich, mellow, and sweet.

Whichever types of tomatoes you decide to plant next year, consider how you want to use them, whether they’ll be used mainly for just eating and in salads, or if you’re planning to use them in salsa and sauces. Then you’ll be sure to get the variety that’s right for you.

When you purchase tomato plants or seeds, consider how much space you have. Determinate plants will be more compact and bush-like, taking up less space and easily supported in a tomato cage.

Indeterminate tomato plants are more vine-like, and will require tying to supports to control their growth and spread.