You Can Grow It: Mountain wildflowers are in bloom

Wildflowers are blooming right now in Idaho’s mountain country. Jim Duthie shows us a few of the most common ones to look for. 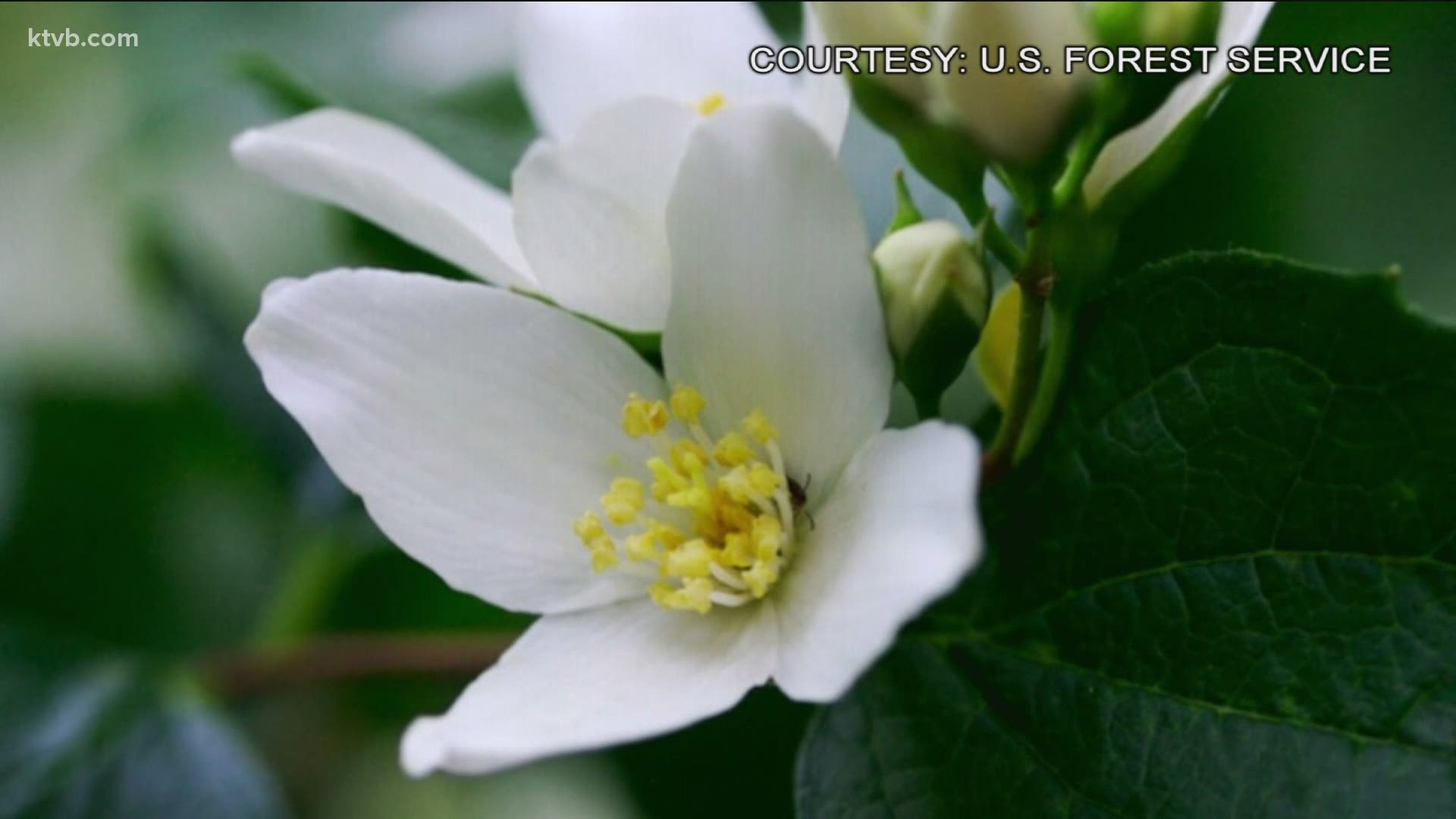 BOISE, Idaho — Wildflowers are in bloom all throughout Idaho’s mountain country, blanketing meadows and hillsides with a painter’s pallet of red, pink, purple, blue and yellow.

There are several favorite mountain wildflowers you can look for as you head to the hills this summer.

There are hundreds of different kinds of wildflowers growing throughout Idaho’s forests and mountain valleys, and this is the time of year when many of them are at their peak. There are even a few that only grow here in the gem state.

If you’re heading into Idaho’s mountain country, you’ll see these pretty bloomers everywhere. Let me show you some of my favorite Idaho mountain wildflowers.

Larkspur is one of the most common Idaho wildflowers. You’ll find it growing in sunny meadows and along dry slopes between forests of ponderosa and lodgepole pines. Larkspur is the common name for delphinium, which is found in many home flower gardens.

Columbine is also common to Idaho’s mountain areas, and it’s actually the state flower of Colorado. Columbines occur in a wide range of colors, and many of the flowers are bi-colored. An interesting feature of the columbine is the presence of spurs, long, narrow strips running horizontally behind the flowers.

Buttercups are a low growing plant with grass-like leaves and clusters of five-petaled flowers, often yellow, but sometimes white with yellow centers. Many varieties grow at high elevations and emerge right after the snow melts.

Forget-me-nots were a favorite of the pioneers who crossed the plains and prairies on their way west, but these tiny blue forget-me-nots grow as high as the tree line. Loose clumps of saucer-shaped flowers are usually blue, but are sometimes white or pink, and often have a tiny white eye in the centers of the petals.

Penstemons are widespread throughout the Rocky Mountain states. They grow up to three feet high with numerous stalks of snap-dragon-like flowers in various colors. One variety, the Payette beardtongue, is especially common to Idaho.

The Rocky Mountain Indian paintbrush usually shows up as red flowers, although it can occasionally be orange or yellow. It’s found commonly in Idaho, but very rarely in neighboring states. It’s a leafy, hairy plant about a foot high. An extremely rare variety, called Christ’s Indian paintbrush, is a showy yellowish-orange flower that is only found in one location, on the summit of Mount Harrison in Cassia County, Idaho, making it the rarest plant in Idaho.

Lupines grow in spikes up to three feet tall with dense clusters of bonnet-shaped flowers, from pinks to blues, and sometimes bi-colored. After the flower fades, a pod develops which contains the seeds. Lupines often flourish in open meadows created after a forest fire.

Camas lilies grow from a bulb and produce flowers that are pale blue to deep blue. They can usually be found in wet meadows and prairies and near streams. While the bulb is edible, it can be confused with a similar plant called the death camas, whose bulbs are highly poisonous. You might want to just enjoy the flowers and skip eating the bulbs.

Bluebells are one of the first blue flowers to show up in the spring. There’s also a lavender colored variety that’s common in shady areas of higher elevations, when they appear right after the snow melts. Deer and elk like to browse on bluebells, and it’s not uncommon to find matted areas where large animals have bedded down in patches of bluebells.

Finally, the syringa is Idaho’s state flower. Also called the mock orange, the syringa isn’t really a wildflower, but a woody shrub that grows up to ten feet high, with clusters of white, fragrant flowers. Meriwether Lewis wrote about the plant in his journal as he traveled through Idaho.

So when you’re in the great outdoors of Idaho this summer, pay attention to the wildflowers. They’re only in bloom for a few short weeks, but they put on a great show.

Wildflower season is has peaked at lower elevations, but you’ll still find a vast array of wildflowers in bloom along mountain roadways and in the higher valleys, including scenic drives like Highway 21 from Lowman to Stanley, and Highway 75 north of Sun Valley.