They're called specialty acts at rodeos, those performers who keep the crowd entertained between events. For more than 60 years, the EhCapa Riders specialty is staying in the saddle...without a saddle. 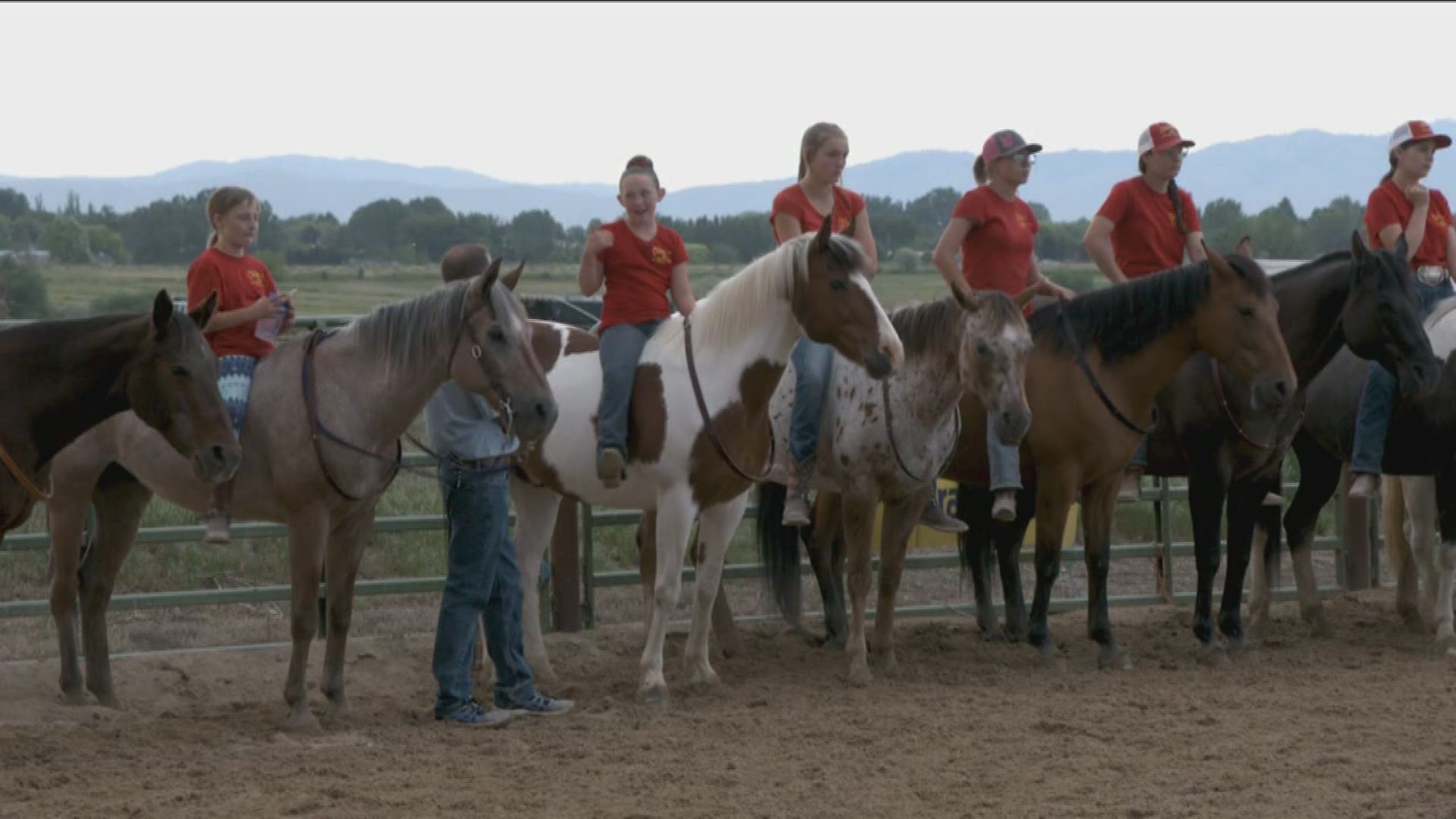 But those probabilities, or even bridles, don't count for much when you mount up with the EhCapa equestrian club.

Out here a tack rein and tight knees is all you use to learn to count on your horse.

"It teaches you how to be tough," says Aubry Hillman, this year's EhCapa Queen. "When you fall off, you gotta get back on."

Hillman knows this hard-learned fact first-hand. But what she doesn't know after riding the last 10 years sans saddle, is how often she's come off.

"Countless," she says. "I can tell you what the dirt in a couple different states tastes like."

EhCapa, by the way, is Apache spelled backwards, a nod to the Native Americans they try to honor with their horsemanship. The group began more than six decades ago as an inexpensive way to teach kids as young as 8 years old to ride.

One participant, 9-year-old Kinley Draper, found out about the sport through her mom's best friend.

The Drapers only got their horse, Moco, the day before Kinley's first lesson.

"The first time she came out I was such a nervous wreck," Draper says. "Oh my gosh, I couldn't even sit still or anything like that and she was like, 'Mom, I got it' and I was like, 'Okay.'"

"And it's a lot to remember," adds 9-year-old Brynlee McFarland.

But she did and she continues to make a huddled mass of horses materialize into planned pinwheels.

"The better you look, the quicker we're done with this," Horsley tells the group during a parade formation.

"Remember when I told you she was kind of being a little ornery and struggling in school?" Draper asks her friend about Kinley. "So since she's been out here she hasn't been struggling, she's making more friends and she's just kind of like blossomed."

It would be easy to call the EhCapas an extended family since it's been in some families for generations.

"So, my mom did it and my aunts and an uncle," says Brynlee, atop her paint horse, Turbo. "I'm like, 'I wanna keep on the cycle.'"

Continuity, another part of EhcCpa you can count on. Like the riders can count on their horses. And each other.

"We're all like, living life together," says Hillman. "We're riding together."

The EhCapa riders have performed in rodeos and parades in almost every western state, and even in Canada over the years. They will be in South Dakota for a rodeo the last week of June.