Idaho Life: An illuminating look at the past

A working 116-year-old light bulb at the Owyhee County Historical Museum proves that they don't make 'em like they used to. 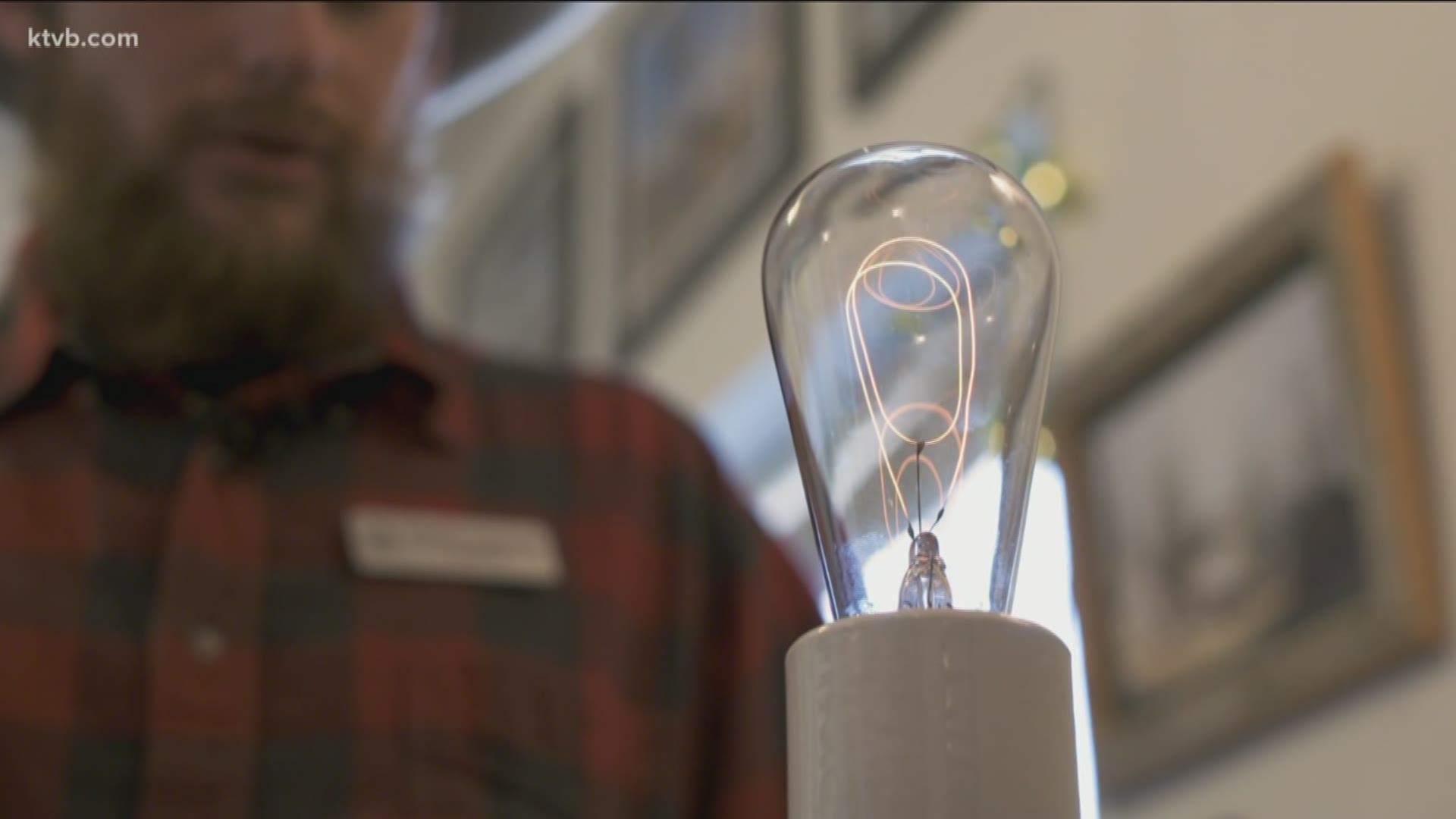 But at Idaho's Owyhee County Museum, in the middle of Murphy, reviving relics of times long dead and gone is what they do.

Like bringing back to life a 1915 Model T Ford or a 1940 John Deere tractor. But found among the hundreds of horse bits, family photos, and wardrobe of women's clothing was something that didn't actually die.

"The light bulb box would've been found in here," says museum director, Eriks Garsvo. "And this is one of our vaults."

Eriks only been on the job for a few months but in his first few weeks he found a box that had been sitting unnoticed since 1986. Inside, a bunch of light bulbs dating back before Teddy Roosevelt became president, before Henry Ford founded his motor company, and before Crayola crafted crayons.

So, Eriks plugged one of them in.

"Because I saw the filament looked good," says Eriks. "So (I thought) I'll test it and, by God, it came on."

Eriks says the bulb was traced to Silver City, around 1903, a few years after the town first got electric power.

1 / 7
Bill Krumm/KTVB
The Owyhee County Historical Museum has collected many artifacts over the years, including a working light bulb that was traced to Silver City, circa 1903.

And here it will stay, likely still lit, adding to its 116 years of faultless filament. Erik hopes that along with kitchen sets and sheep camps, typewriters and typesetters, the bulb might help shine some light on the history of Owyhee County.

"Yeah, I think it's pretty cool," Eriks says." It's very unique to have something that old and still works."

He says the bulb will continue burning as part of a new Silver City electricity exhibit they hope to have ready by this summer.