“We encourage passengers to check with their airlines in advance that way they're aware if their flight is slightly delayed or possibly even canceled." 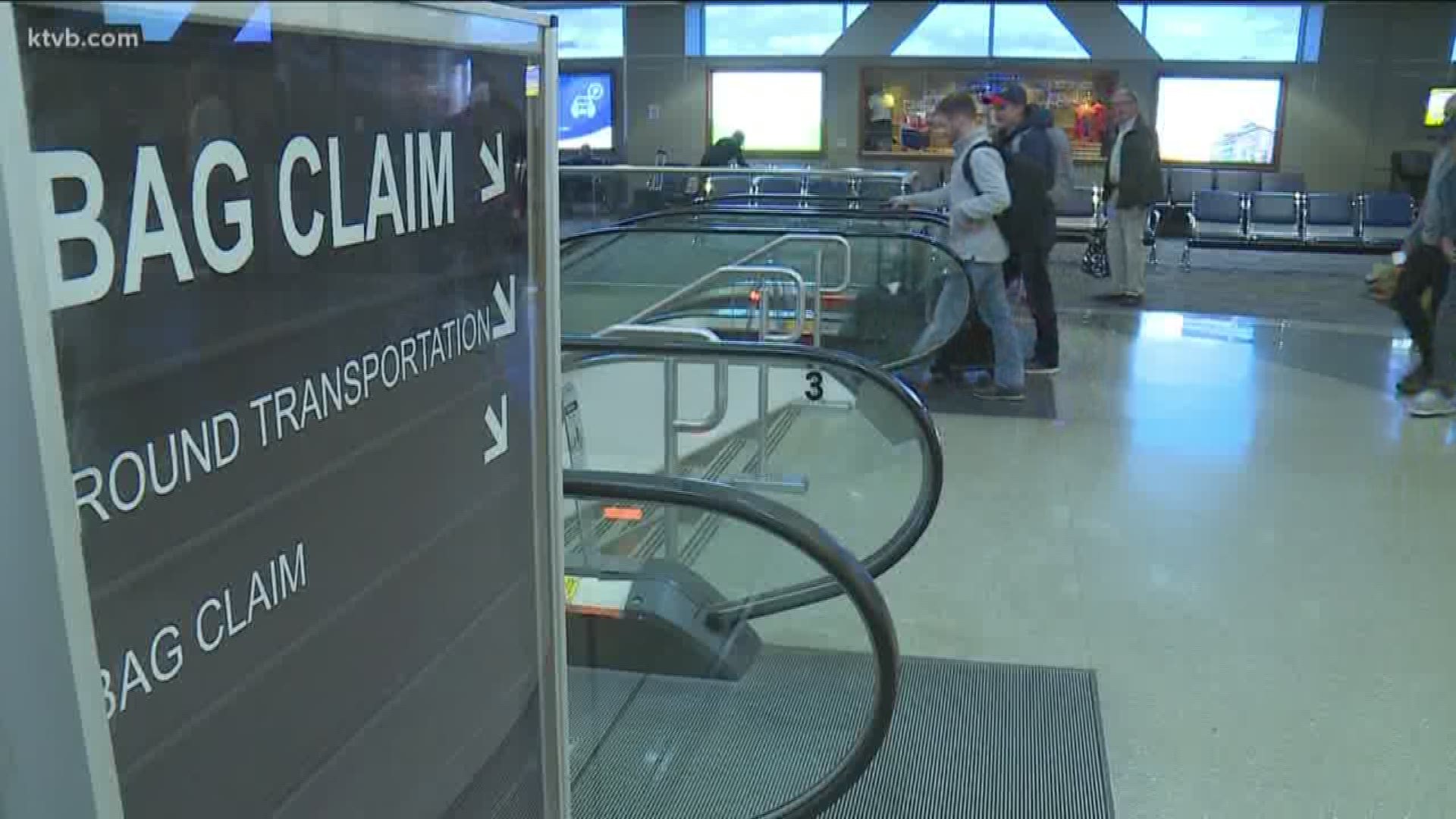 BOISE, Idaho — Millions of people are making their way back home after the Thanksgiving holiday, including just under 300,000 Idahoans. For some though, the weather is making that return a little more difficult.

As of Sunday afternoon, FlightAware reported more than 600 flights canceled and another 3,400 delayed.

“We encourage passengers to check with their airlines in advance that way they're aware if their flight is slightly delayed or possibly even canceled,” Sean Briggs, Boise Airport’s marketing manager said.

In Idaho, flights flying out of the Boise Airport were only slightly impacted with some flights seeing delays as of Sunday evening.

“Our airfield maintenance has been preparing and practicing, so they'll be ready to clear those runways and make sure they're available and open to the public,” Briggs said.

RELATED: Snow will continue to fly overnight, which will likely slow down the Monday morning commute

Airlines like American and Delta are now waiving flight change fees for passengers traveling through dozens of hubs across the country today and tomorrow.

“We know that the Wednesday before Thanksgiving and the Sunday after Thanksgiving, those are some of our busiest, most traveled roadways in our country and especially in the state of Idaho,” said Boise Police Cpl. Kyle Wills.

On the roads, Boise Police are urging all drivers to be extra cautious as the wintry weather conditions move in.

“Slow down, that’s the biggest thing with slick roads or snow-covered roads,” Wills said. “Just because we see a speed limit sign that maybe says 55 mph on a highway or major road, if there is snow or ice on that road, that speed limit is no longer 55 mph, it is now to the conditions.”

RELATED: Snow in the Treasure Valley could cause headaches for Thanksgiving travel